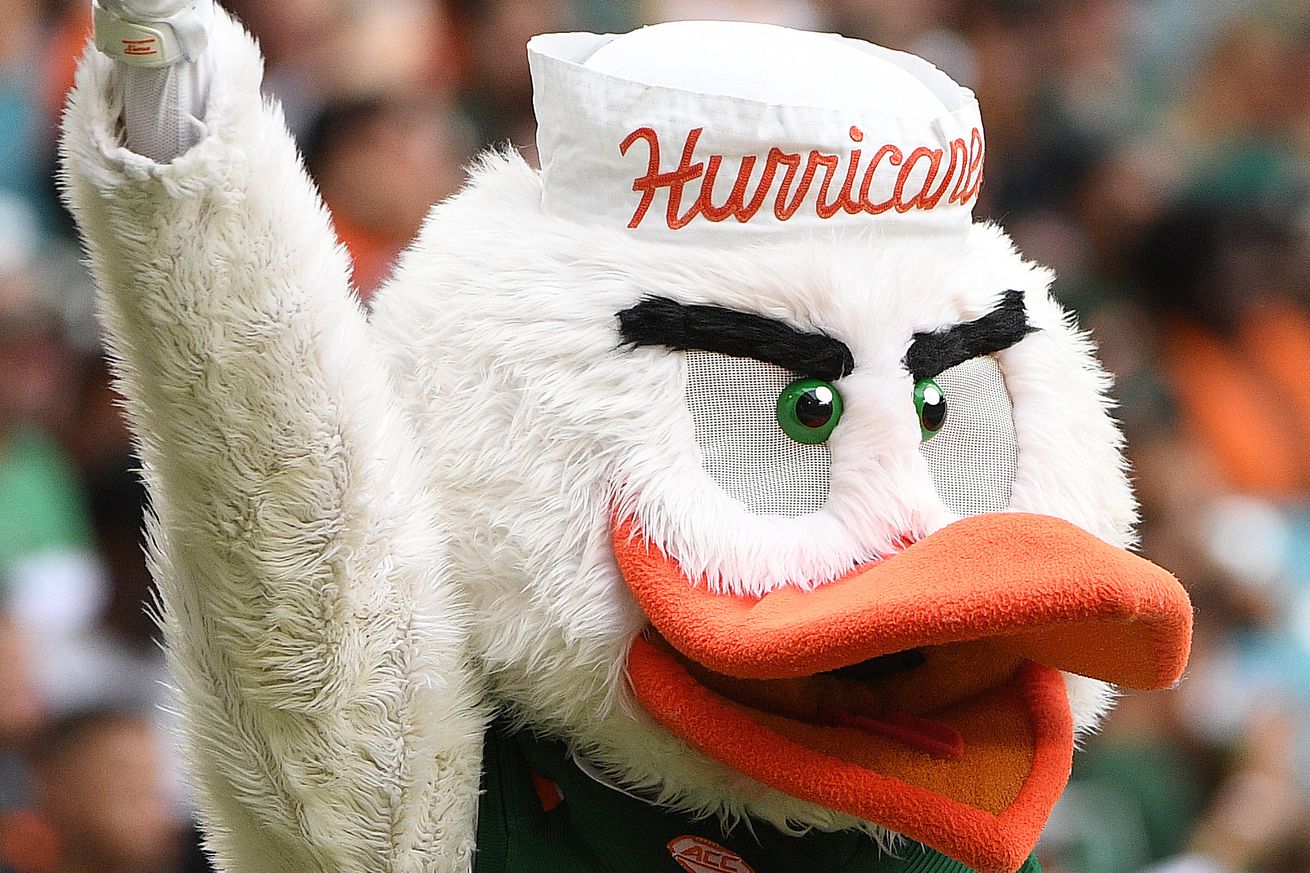 The Miami Hurricanes opened their 2020 conference slate with an emphatic 47-34 victory over the Louisville Cardinals at Cardinal Stadium in front of a crowd of over 12,000. For Miami fans, it was everything they’d been wanting to see and then some. Where the offense was conservative in a 31-14 win a week ago, OC Rhett Lashlee completely unleashed the playbook and the throwing arm of D’Eriq King on a totally overmatched Cardinals defense.

After having to punt on the first series of the game and falling behind 3-0, the Miami offense took over. Thanks to a 38-yard run from Cam Harris (who had a night to remember), Miami got down the field quickly, capping the drive with a 17-yard touchdown to Will Mallory on a beautiful play action call from Lashlee on 3rd and 1 that was absolutely brass.

After a Louisville punt, Miami moved down the field 86 yards in 11 plays, capped off by a 3-yard touchdown run from Jaylan Knighton for a 14-3 lead. Brevin Jordan set up the run with an unbelievable catch, run, and leap of a defender before nearly scoring.

The story of the first half though was kicker Jose Borregales. The FIU transfer nailed a 57-yard field goal that tied the record for the longest FG in school history. An absolute blast. Borregales converted 4 of 4 field goals and all five of his extra points.

Miami took a 20-6 lead into the locker room, with the defense forcing two first half turnovers. Jaelan Phillips and Quincy Roche were around Micale Cunningham and/or the ball carrier all half on the edge. The defense gave up drives of 58 and 71 yards in the first half, but held the Cards to field goals.

That was not the case in the second half, as the Cardinals scored on their first two drives while going 75 yards on 7 plays and 74 yards on 11 plays. Kirk Herbstreit noted on the broadcast that Miami was playing their safeties deep to take away the big plays to Tutu Atwell and the Louisville receivers. Well, they dinked and dunked their way to the end zone, with Javian Hawkins carrying the ball almost the whole way for the first score, and Atwell carrying most of the load for the second.

Fortunately, Miami’s offense matched the Cardinals’ output, and did so on just two plays. Cam Harris busted loose for a 75-yard touchdown run. Then, on the next offensive drive, Jaylan Knighton slipped out of the backfield incredibly wide open, pulled in a lobbed pass from King, and sprinted to the end zone without another player on the screen. 34-20. Miami would tack on two more field goals to push the lead to 40-20 before Louisville would score again. A 47-yard touchdown to Jordan would give Miami their final points of the night.

For the game, King completed 18 of 30 attempts (60%) for 325 yards and 3 touchdowns. Harris led the Canes on the ground with 134 yards on only 9 attempts with a touchdown. Jordan’s 7 catches for 120 yards and a touchdown paced the receiving group. Miami’s defense forced three turnovers, with Al Blades, Jr. picking off Cunningham in the first half, and the defense forcing fumbles on Louisville’s final possessions of both halves.

Tons to get through and break down, and we’ll have it for you all very soon. For now, enjoy the win over a very capable Louisville team. It’s FSU week now! And we have a kicker!!!