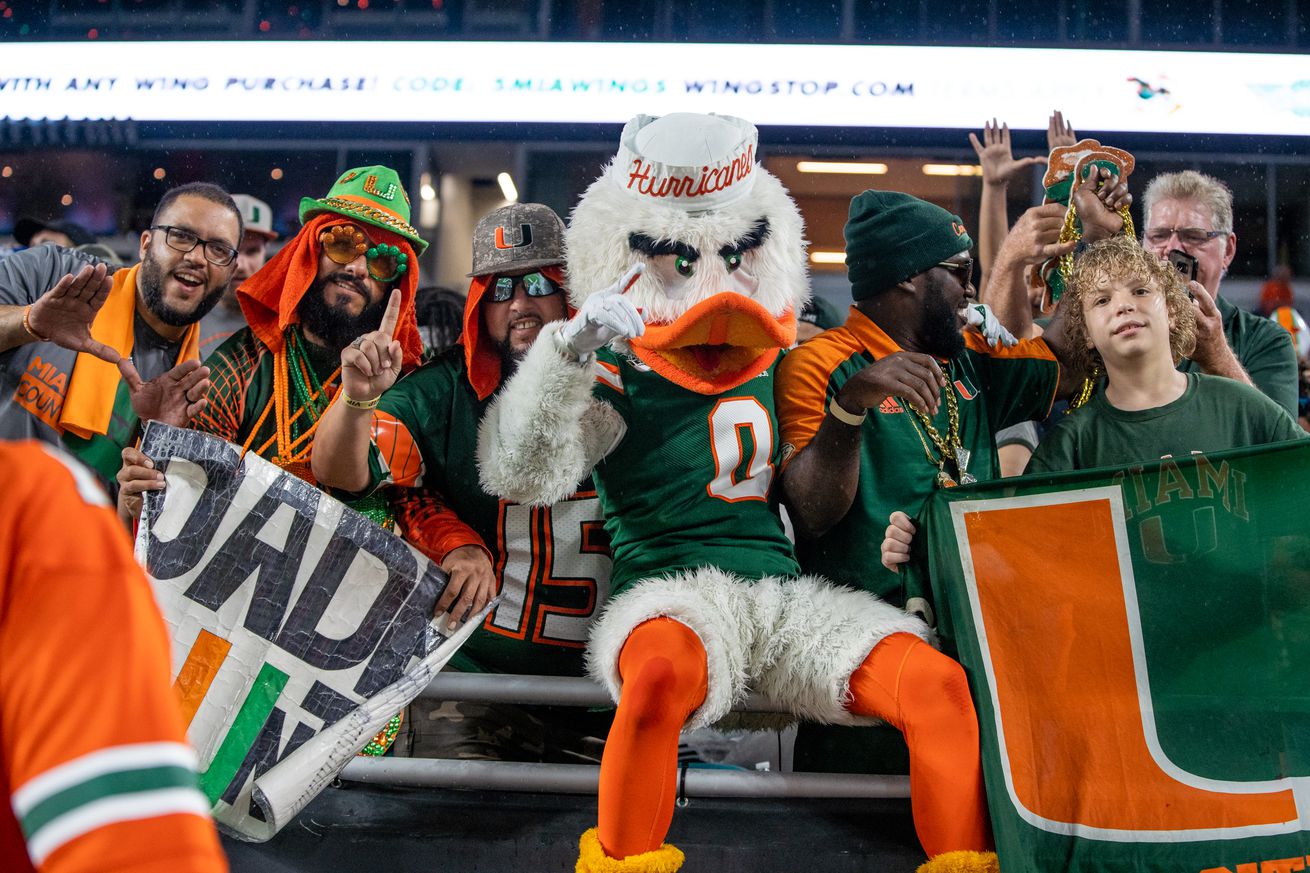 A season opening win for the Canes

Looking to take a step toward a season that features much more success than they’ve seen in the recent past, the Miami Hurricanes utilized a strong run game to lead them to a 31-14 win over the UAB Blazers in the 2020 season opener.

Miami featured four players who ran for more than 50 yards on the night, and combined to run for 337 yards (on a 6.5 yard per carry average) on the night. That reliance on the run game wore down the UAB defense, and was able to help Miami find the endzone on the ground three times, as well.

The other big storyline on the night was the Miami debut of superstar QB D’Eriq King. A transfer from Houston, King played well on Thursday, and showed flashes of the elite playmaking ability that have become his calling card over the course of his football career.

In his first start for Miami, King finished 15 for 23 passing for 141 yards with one touchdown and no interceptions. He also added 12 carries for 83 yards and a touchdown. King also extended his own NCAA-record by passing and running for a touchdown in a 16th consecutive game.

Early on, UAB had the upper hand, relying on their running game to grab a 7-0 lead midway through the first quarter. Miami rebounded quickly, using a 66 yard Cam’Ron Harris touchdown on 4th and 1 to tie the game on the next drive. King would add his rushing touchdown later to push Miami’s lead to 14-7 at the half.

Miami kept the momentum going early in the 3rd quarter with a FG from new kicker Jose Borregales. UAB would answer with a long TD drive, capped by RB Spencer Brown scoring from 6 yards out to cut the lead to 17-14.

Those would be the last points UAB would score on the night.

Challenged to make something happen on offense, Miami responded with back-to-back drives of 7 plays, 71 yards and 7 plays, 75 yards, both ending with touchdowns. Cam’Ron Harris found paydirt from 4 yards out for his 2nd rushing TD of the night (to go along with 134 yards on 17 carries), and then King found star TE Brevin Jordan in the corner of the endzone as time expired in the 3rd quarter for his only passing TD, and the final points of the night.

The teams would move the ball a bit in the 4th quarter, but neither was able to sustain a scoring drive. And, with the game firmly in hand, Miami made the move to backup QB N’Kosi Perry with just over 4 minutes left in the game. Perry and the Miami offense, featuring RB Robert Burns, was able to run an effective 4-minute drill and run out the clock on the game.

Overall, it was a solid day at the office for the Miami Hurricanes, a solid win over one of the better G5 teams in the country, and a win from which much can be gleaned to improve moving forward.

1-0 on the year, Miami travels to Louisville next Friday night to continue the 2020 season.