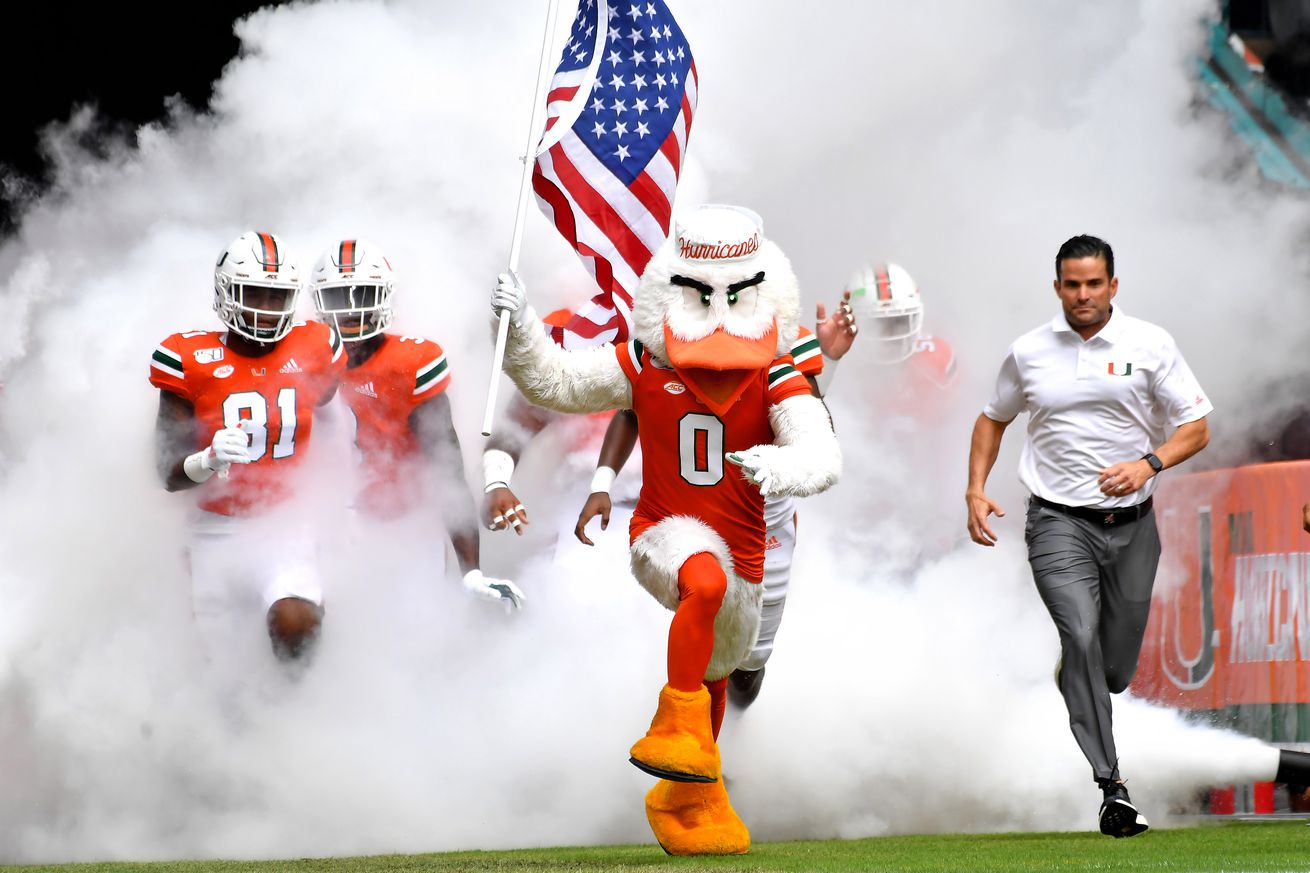 Franklin rushed for 171 yards and four touchdowns on 29 carries in leading the Lions to a 27-14 victory over Hialeah-Champagnat Catholic in a home game played in front of no fans because of COVID-19.

UM commit Thad Franklin @Gucciboypopo is tough to bring down. You knew this, but here’s further evidence. pic.twitter.com/i8T69b5N5K

Lions coach Dameon Jones told the South Florida Sun-Sentinel after the game that Franklin is “special”.

Chaminade-Madonna features two more Hurricane verbal commitments in 2021 defensive lineman Allan Haye and 2022 defensive lineman Jamaal Johnson. Each made an important play for the Lion defense in the victory.

Miami Hurricanes 2022 DE Jamaal Johnson @JamaalJ99_ with the QB hurry on the near side that leads to INT from Auburn commit Brian Dilworth. Chaminade sideline lit. pic.twitter.com/WZekrVKFKc

Chaminade-Madonna is back in action on Friday as it hosts Plantation-American Heritage and Miami verbal commitment James Williams.

2022 defensive lineman commitment Brandon Cleveland had a huge first half performance for his Tampa-Carrollwood Day team in a 16-7 loss to Clearwater-Calvary Christian.

Calvary threatening starts the end of 2Q and @CanesFootball commitment Brandon Cleveland comes up with the huge strip. He’s been the best player on the field tonight. 3 TFL and 4 QB hits in the half pic.twitter.com/G4CAxRnh6X

After a monster performance in Fort Myers-Bishop Verot’s season opener, 2021 commitment Malik Curtis scored another touchdown this week for the Vikings. He scored the Vikings’ first touchdown of the game on an 11-yard run and also caught four passes for 59 yards.

2021 defensive line commitment Thomas Davis helped lead Valdosta (Ga.) Lowndes to a 45-6 victory over Griffin (Ga.) last Friday. Davis made two tackles, one for a loss, in the blowout win.

Lowndes is ranked as the No.9 team in the country early this year.

No. 1 IMG Academy, No. 5 Grayson and No. 9 Lowndes looked impressive in season opening wins.