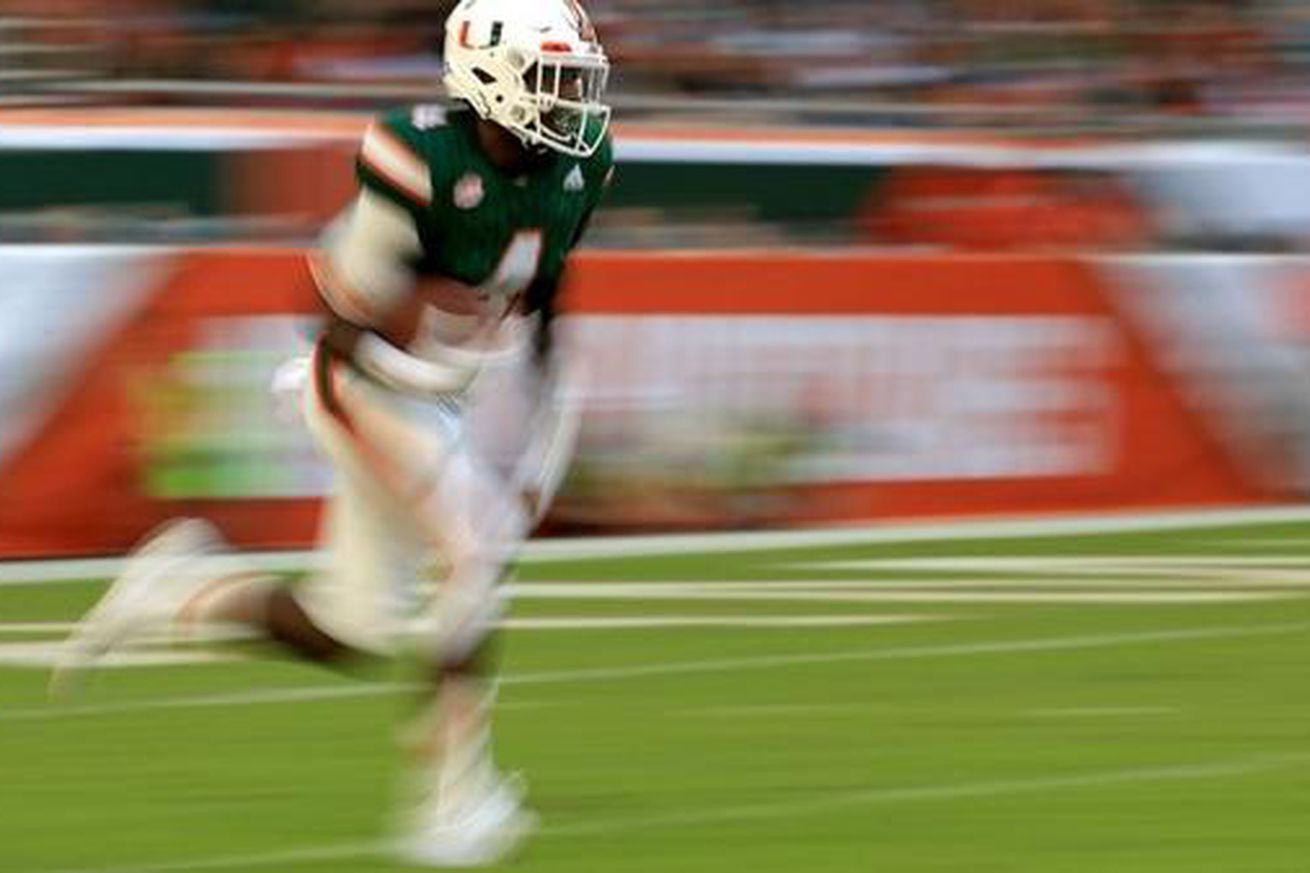 On this great day I want to dig into a conversation that has been steady during the off season concerning the Miami Hurricanes defense. With new starters, graduating 4 year starters, a new offense and Covid-19 parameters, can we expect substantial change in store for the defense?

The answer is yes. In an unexpectedly POSITIVE way.

The most talked about aspect of the off season has been the incoming injection of offense with additions of Rhett Lashlee, D’eriq King along with Garin Justice and Rob Likens. All are versed spread components that were brought in to directly address each lacking piece of the offense: Play calling, Quarterback play, Offensive line play and Wide receiver production.

It is very east to assume that a high speed, quick tempo, quick SCORING offense can actually HURT a defense. Many people point to teams like LSU, the New Orleans Saints or most any non P5 spread schools like UCF or Memphis as prime examples of what to expect.

When you think of Memphis football from last season, you think of high scoring games like the 54-48 slobber knocker vs the SMU Mustangs or the 39-53 Cotton Bowl loss to the Penn State Nittany Lions. Games that show plenty of offense but little to no defense.

The same can be said of UCF and their branding of break neck football. For the past 3 years they have inhabited the Texas Tech slot as the small school with big scores. Well, because of that, defense becomes an afterthought and all we can think of is points scored and not prevented.

The LSU and New Orleans Saints shared a similar dynamic offense woven by Joe Brady. As expressed by Joe Burrow, former LSU Tiger and Cincinnati Bengals first overall pick, the teams focus on “getting five guys out on the route every play and making them defend every single person.” The modernized west coast offense flooded defenses with incessantly changing looks and combinations, similar to what Lashlee did at SMU. These teams, however, have more defensive credentials blended in, making the marriage of fast offense and competent defense feasible.

A Miami offense that can stay on the field and score more points will help the Miami defense get BETTER at keeping teams of it and scoring at a weaker clip.

When pairing Miami’s defense with an offense like this, it’s easy to assume a few things:

While all this is fair correlation, does not make it true.

Despite opposing teams averaging more offensive plays per game than the Hurricanes a year ago, Miami was able to hold opponents to:

Secondarily, just because a Miami offense will attempt 75+ plays per game, does not mean its opponent will automatically get the same. In order to get to that many plays, a team must be successful at staying on the field.

Miami under Diaz has always won the per play battle in game. With Rhett Lashlee that should only continue. The likes of Jaelan Phillips, Zack McCloud and company will have plenty of team speed to limit more plays than last season. Lashlee took the second to worst per play team in 2016 (.20), the University of Connecticut, and bumped them up to 105 (.29).

Doesn’t seem like a lot does it? That difference would make us a top 50 offense last year.

What does this all mean you ask?

This would make us a top 10 defense.

Why? Because a higher scoring offense would force opposing offenses to play to into Miami’s greatest defensive strength, the pass rush. Miami was second (11.03%) only to Chase Young (Washington Redskins) and Ohio State (12.08%) in sack percentage, who despite running 78.6 plays per game were able to limit opponents to 62. This was due to the front four having the sole responsibility of getting in the backfield, limiting the quarterbacks time to throw and forcing errant passes. This allowed the back seven a much easier time to stick to receivers and create turnovers, ranking 25th in interceptions, 31 slots higher than Miami at 56th.

The best trait of great defense is forcing you to play to its strengths. The Hurricanes want the freedom to pin its ears back and attack. The Hurricanes leading the NCAA in sacks and tackles for loss over the last three seasons tells us that’s true. If Miami is playing and scoring at a faster rate, offenses will be forced to look downfield more often and allow the pass rush more time to get home. Giving the second rated pass rush from a year ago even a second more would be catastrophic to most quarterbacks. With Miami able to attack more on first and second downs, they should improve on their 53rd ranked Opponent Third Down Conversion rate of 38.5% and keep end more drives at 3 and out.

What is commonly mistaken with the Hurricanes is their run defense. Due to its attacking defense, Miami can be prone to a big play as defenders either rush past the play or create hole in the defense by blitzing. However, Miami’s rushing defense has been no worse than 46th (2018, 152 yards per game) and topped out at 21st (2019, 119 yards per game). Opposing offenses will be forced to either abandon the run or die by it versus the Hurricanes new look.

A high scoring, and quick scoring offense only helps put Miami in position to attack. With an offense that scores at a higher clip, Miami will have more situations that force opposing offenses to pass in order to minimize scoring differential.

Sometimes a good defense, is a great offense.