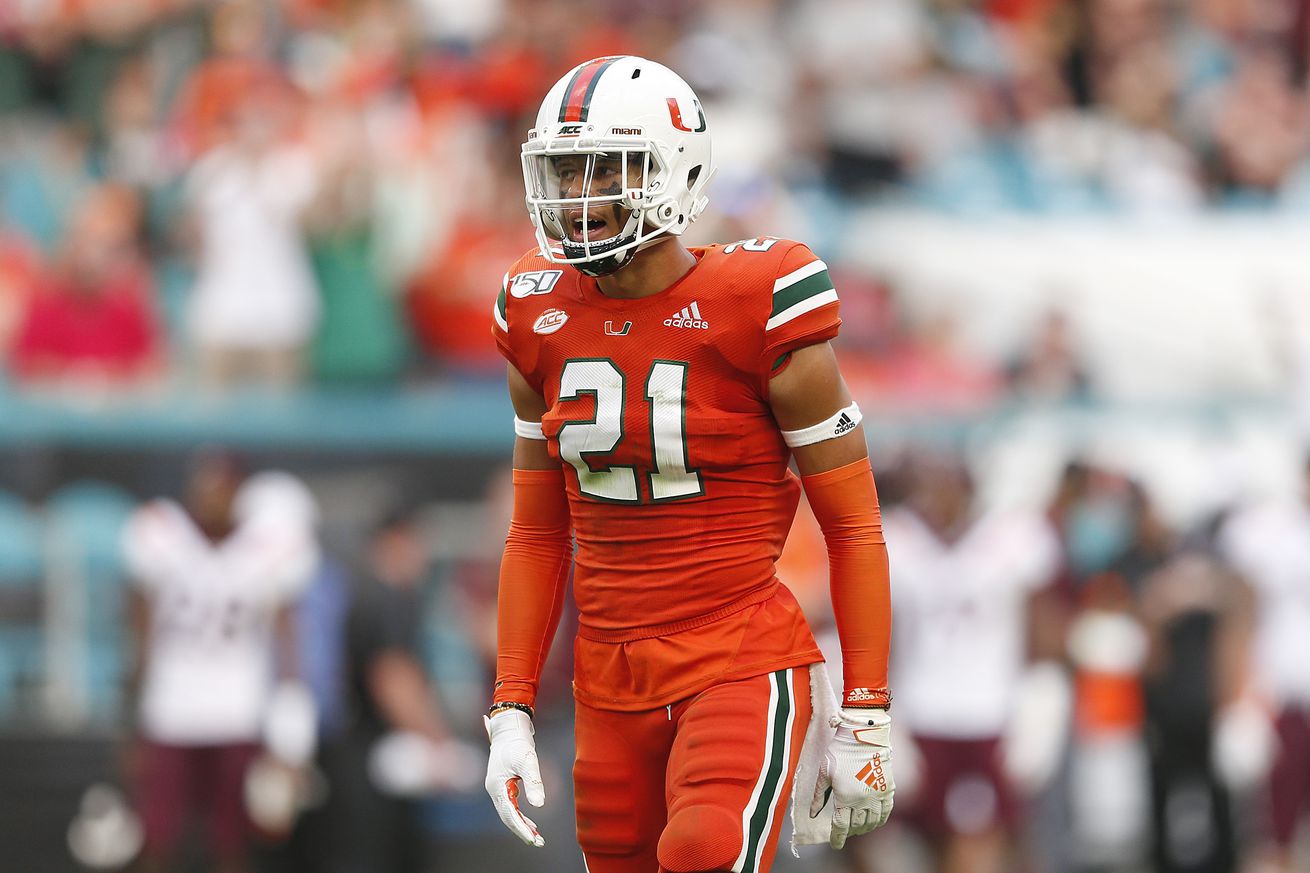 It’s FSU week. All of the part-time fans, full-time fans, Cutler Ridge Laz’s better be out in full swing Saturday, September 26th at 7:30pm watching on ABC. It’s a primetime national game with College GameDay, let’s give it that big game feel!

With the addition of FIU graduate transfer Jose Borregales, a Miami Booker T. Washington alum and lifelong Hurricanes fanatic, the No. 12 Canes have gone from downright starving to feasting in the kicking game. https://t.co/A61ZbM2ZcV

The Miami Herald had a piece on safety Bubba Bolden and the safety group.

The Herald also featured kicker Jose Borregales in two pieces, one on FSU and one on his move to the ACC.

There were also Herald pieces on Blake Baker and his defense’s prep for FSU and Ed Reed’s role in the program.

This week’s Miami Minute focuses on what we’re doing to encourage our community to vote and support one another.

David Furones of the Sun Sentinel also has a piece on the Miami-FSU rivalry game on Saturday night.

NEW: Jose Borregales @F5_Jose is living out a “dream come true,” making big kicks for the Miami Hurricanes on a national stage, but it’s one that he had to take the long route to get to.

And the 57-yarder only scratches surface of what he says he can do.https://t.co/OvU2WbAWQ5