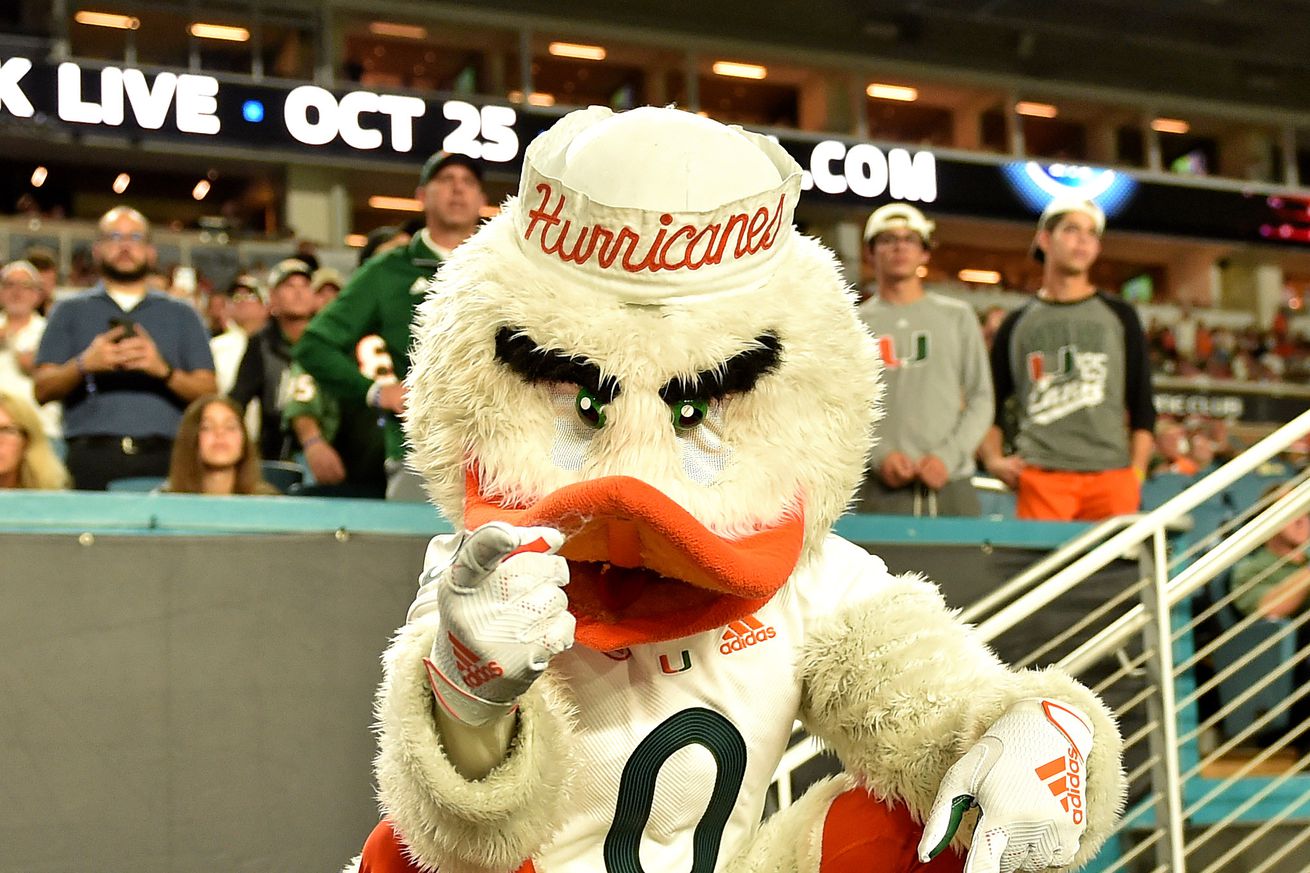 Let’s start our Sunday out the right way

Initially, next week’s Miami-Louisville game was slated to be played at 3:30pm on ABC. Then Virginia-Virginia Tech got postponed for a second time due to COVID-19 concerns, and the primetime slot was open.

Not for long, however, as the ACC quickly made the move to put Canes-Cards in that highly coveted Primetime TV slot.

It’s great for Miami to have another National TV, Primetime game. And Louisville is a rapidly improving team, so this will be no easy matchup. For those who are Miami Heat fans, however, this is quite the conundrum, as game 3 of the Eastern Conference Finals has been scheduled for 8pm on ESPN for more than a week already. So, either have 2 TVs set up, or split your fandom. If that applies to you. Sorry.

Not only is Miami-Louisville the ABC National Primetime game, ESPN’s iconic preview show College GameDay will be on hand in Louisville for this week.

This will mark the 22nd time that Miami will play a game at which GameDay was broadcast. More spotlight for the Canes is a good thing you guys.

The Mike Norvell era got off to a great start on Saturday with a 16-13 loss to Georgia Tech.

FSU blocked 3 kicks — 2 FGs and an XP — on the day and STILL lost. They rotated QBs/benched James Blackman at random times. And, without being gifted 2 redzone INTs from GT’s true freshman QB Jeff Sims — a player formerly committed to FSU who Norvell dropped from the last recruiting class because he didn’t want Sims on his roster — this score would likely have been much, much worse.

Can’t block Georgia Tech backup defensive linemen. Could be a long year for that offense.

This next tweet is my personal favorite. Like….he couldn’t have possibly been more wrong if he’d tried lmaooo.

Florida State has the best defensive line in the country

That’s gonna be a bloodbath

That’s a final from Tallahassee. pic.twitter.com/Qw3KB8KE71

Blips on the Radar:

And that’s it for today.

Have a great Sunday!!