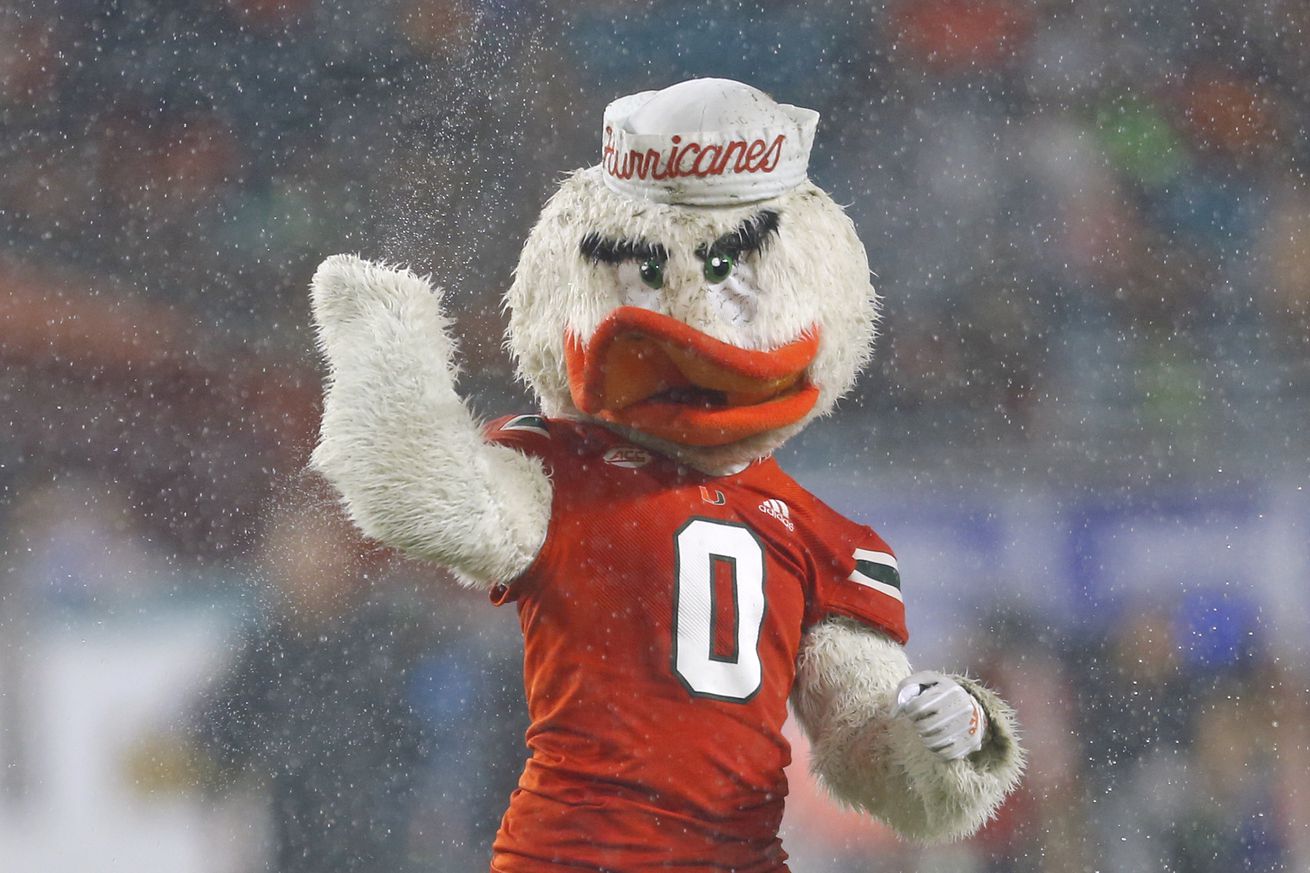 Happy victory Friday, y’all. After a mostly safe, sometimes annoying 31-14 win over the Blazers last night, we can all sit back, drink our morning coffee, and take in the response from the writers and media pundits this morning, while getting ready for Louisville next week.

Cam Underwood had an immediate post-game recap and his Good, Bad, and Ugly piece, which is always a must read.

Marsh listed his three stars of the game, which included praise for two of Miami’s new stars from the portal.

Hal Habib noted the weird, empty environment at Hard Rock Stadium last night, while giving thanks to the return of the game.

The Palm Beach Post also had its five takeaways from last night’s game.

The Herald noted that, while we got to see the new rings, the new turnover chain will have to wait at least one more week.

Susan Miller Degnan’s game notes include King’s extension of his FBS record for a passing and rushing touchdowns in a game to 16.