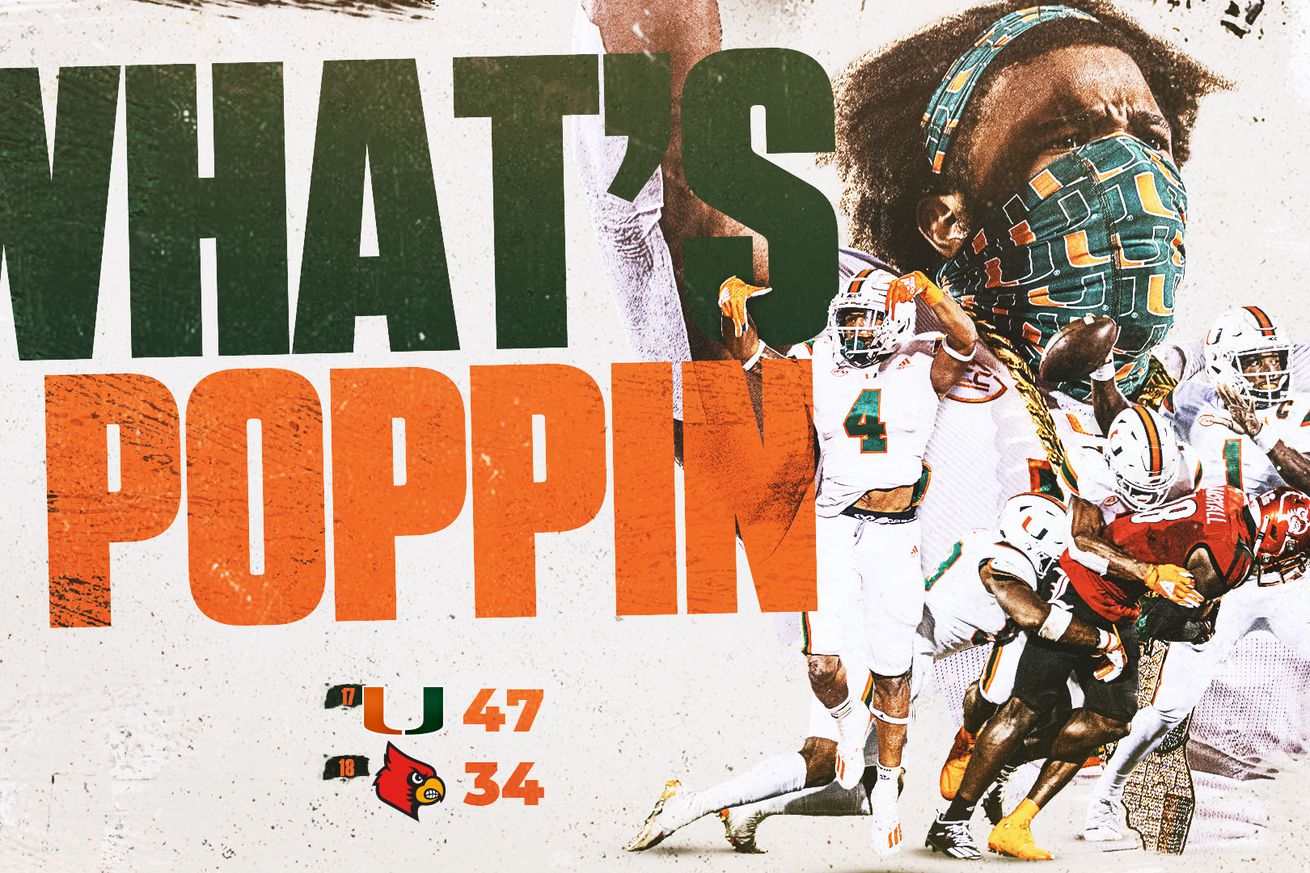 Let’s start the day with some Canes talk

The Hurricanes had a showcase game yesterday night against the Louisville Cardinals, and the Canes passed that test with flying colors with a 47-34 win that wasn’t really as close as the score might lead you to believe.

Here’s The Good, The Bad, and The Ugly by yours truly

Miami is now 2-0 (1-0 in ACC) on the year and heading into next week where we’ll face off against the rival Florida State Seminoles. But….

Yeah, that was a shocker when I saw it yesterday afternoon. I had to check the tweet like 10 times to make sure I wasn’t being bamboozled.

But it’s true and has been confirmed: FSU head coach Mike Norvell tested positive for COVID-19 and will be isolating/quarantining. In the statement Norvell released, which you can read in the linked piece, he confirms the report that he will not travel to Miami to coach his team next week.

We’ve seen teams miss players because of COVID-19 or contact tracing, but this is the first head coach I can think of who has tested positive and will miss a game. And for Norvell, he’ll miss the first rivalry game against Miami since taking the FSU job. That’s big. It’ll still be Miami-FSU, but this is a curveball nobody was expecting.

Another week, Another GameDay

Surprise surprise! With Miami-FSU being played in primetime on ABC, ESPN’s GameDay announced during last night’s game that they will be broadcasting from Miami this week.

So Miami was a supporting actor in this week’s GameDay show. But we’re moving up to the starring role this week. Let’s get it.

Give it to me again! College GameDay coming to Miami-Florida State next weekend. #Canes #Noles https://t.co/bfKXa3hUJW pic.twitter.com/yLRaczWHyD

Y’all know how we do for big weeks like Miami-FSU: it’s StoryStream time!

So be sure you bookmark the link so you can get all our great Miami-FSU content and have it at your fingertips. We’re working on a BUNCH of stuff, and you won’t want to miss it.

That’s it for today. Enjoy your victory Sunday, everybody!