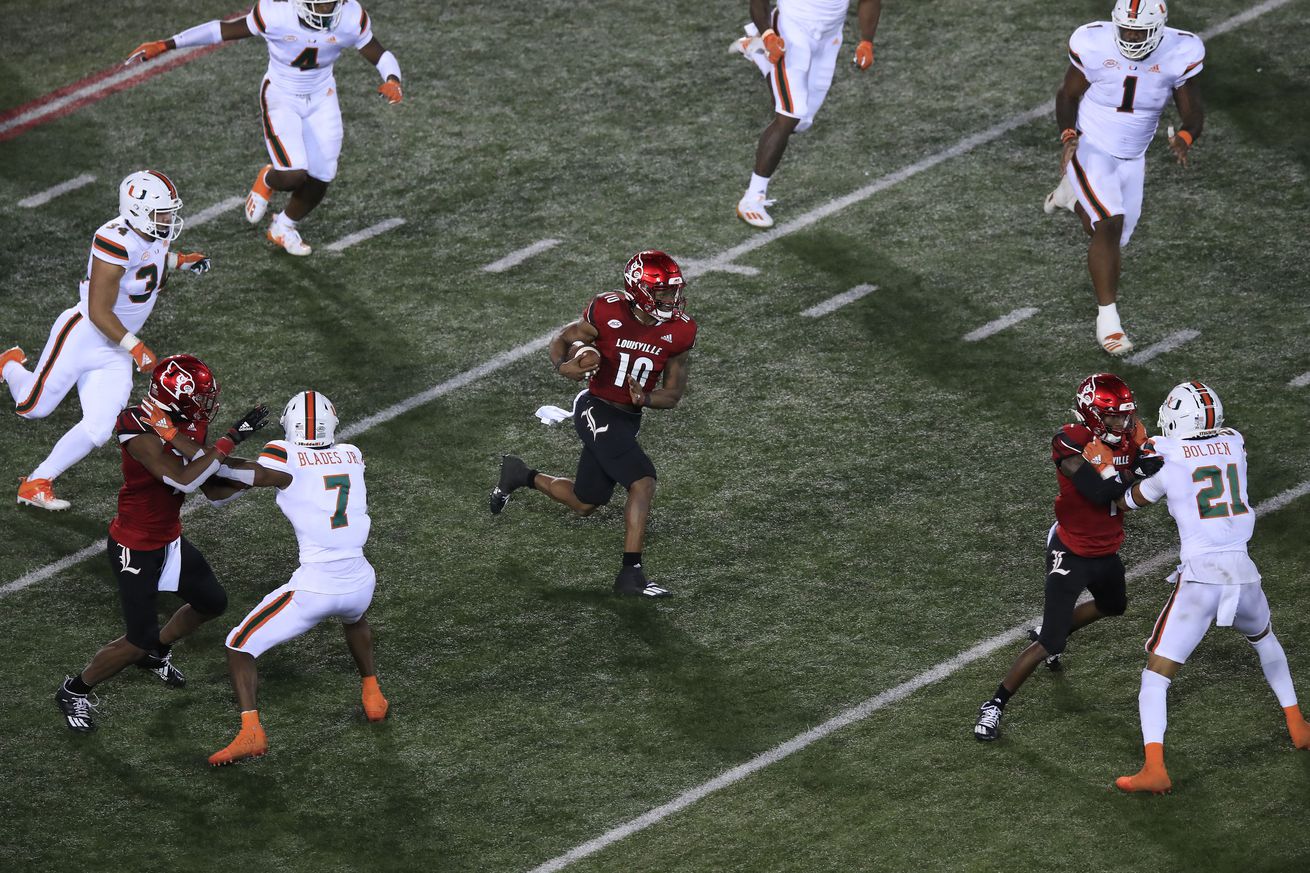 The Miami Hurricanes offense was majestic in its 47-34 drubbing of the Louisville Cardinals. Student of the Game will now capture some of the reasons for the offensive explosion. Your cover zero is weak.

Coming into this game after the Miami Hurricanes dismantled the UAB defense to the tune of 337 rushing yards, you knew Louisville was faced with a conundrum. Pick your poison. Do we wholesale try to stop the run or do we dare the Hurricanes to beat us in the passing game?

Option B proved to be a futile exercise as D’Eriq King showed he was more than capable of being a high level passer. The dynamic King finished 18/30, adding 325 yards and three touchdowns through the air.

Louisville was egregiously disrespectful. Cover zero is the term coaches employ when no safeties are over the top. The Cardinal’s defense committed the cardinal sin of allowing easy one on one matchups and they got scorched repeatedly.

I think the rest of the #ACC is going to rethink cover Zero looks vs. the #canes. Louisville DC was willing to combat trips field looks with no safeties and it led to THREE touchdowns. Here is the 3rd….#bang @OrangeBowlBoys pic.twitter.com/dgNAwhGNw2

Miami was still effective on the ground averaging 5.3 per carry and in consecutive weeks the Canes found lightening with a Cam’Ron Harris homerun ball. The Junior was tracked at a blazing 22mph clip and ran away from the angles to an impressive 75 yard scamper and score.

How much did the offensive line factor in this run? Do we put to bed the rumors that these long rushing touchdowns are all on the efforts of the running backs? Those are some of the avenues we drive down in this week’s edition of Student of the Game.

This offense is effective. It has worked in consecutive weeks and it did so in two distinct fashions. It can beat you up in road grading four headed methodical fashion, or it can chunk you up in the passing game.

Grab your popcorn and your pencils. It is time to become students of the game and see the other side of the Hurricane’s game. You want to give us zero safety looks? Take these 47 points and go home with the loss and the hype. After all, you can’t spell Louisville without the L this week.