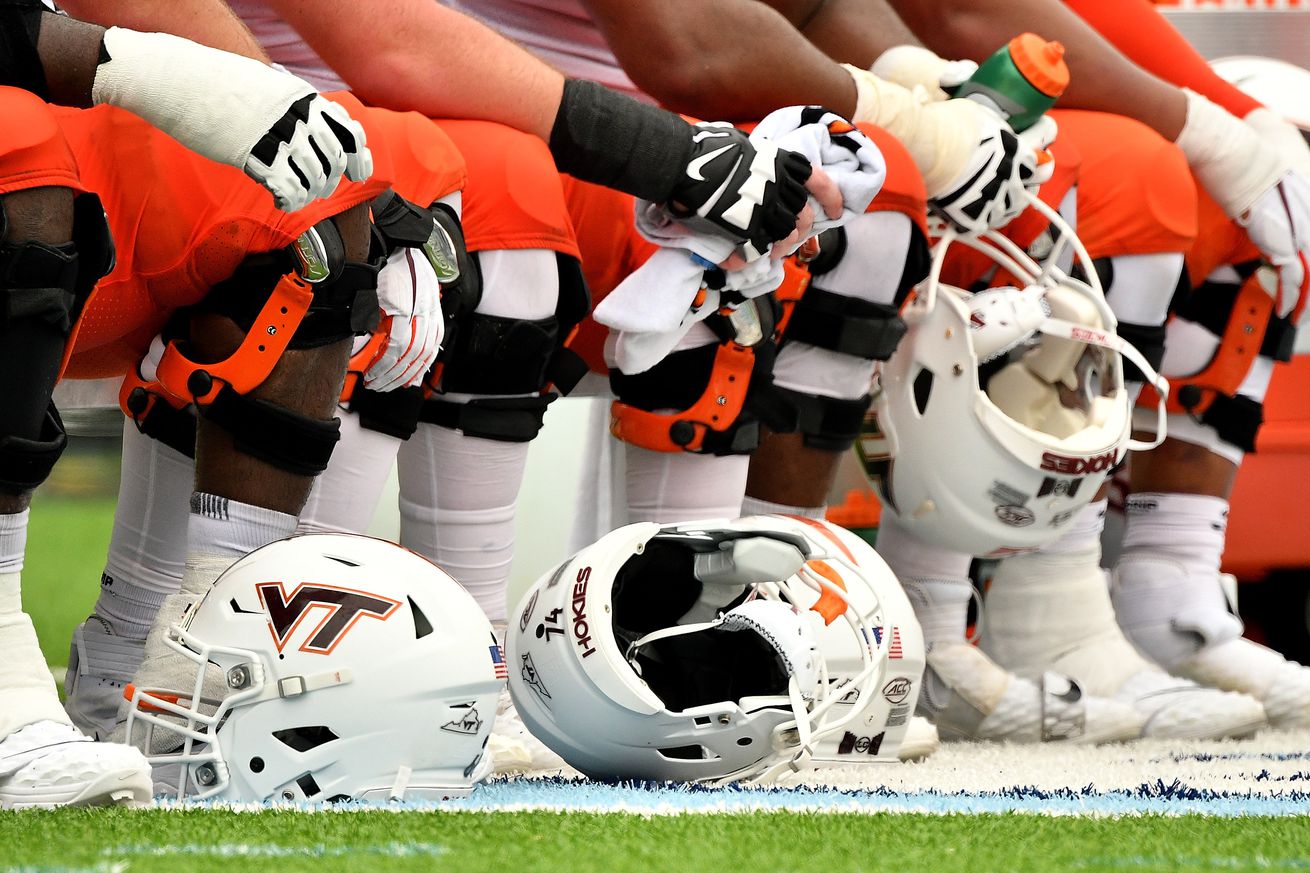 The Miami Hurricanes survived on the road 25-24 vs. the Virginia Tech Hokies. The offense was average and the defense was stellar in the fourth quarter as the Hurricanes advance to 7-1 on the season.

Blacksburg isn’t necessarily the easiest place to find a win. Sure, Enter Sandman doesn’t have the same punch as it does when the Hokie faithful are in attendance in full force. But you know what did? The Virginia Tech ground game led by Hendon Hooker still packed a wallop.

Coming into the high noon showdown, the turkey’s 277 yard per game rushing assault definitely had the attention of the whole ACC including Miami. The Manny Diaz led Hurricanes came into the contest on a three game winning streak and looking for more.

It didn’t take long into the first quarter for the Hokies to hit for a big play running the football. Justin Fuentes employed some creative usage of the jet sweep motion that caught Miami in a safety switch. A couple missed tackles, a few slips, and although the Hurricanes looked in position, fool’s gold ended up being seven early points for the Hokies.

Justin Fuentes use of the jet sweep motion caught Miami safeties in a switch bind. Didn’t matter, #canes still had player in position to make the play, they just didn’t. Long TD run by Hooker and the good guys are down 7 early. ( take 2) pic.twitter.com/8xrvKq1Qqn

Miami’s offense was sluggish at times. In its defense it came into the contest with the ranks a little thinned due to potential covid related protocol. The offensive line arguably had its worst performance of the year. The guard play reverted to its abysmal 2019 form and D’Eriq King simply had no chance on many of his drop backs.

The Hokies amassed six sacks including 2.5 from Jarrod Hewitt. The senior out of Venice, Florida definitely made his presence known as the guard play was in particularly bad trying to limit the Virginia Tech pass rush. Notice here after a successful stunt led to a sack earlier in the game, the fake of a next stunt was too much mentally for the canes offensive line to navigate.

The guard play this game was……woooof. I don’t know why, but this was just funny to me. Looking for work? #canes pic.twitter.com/g8CxyQviAZ

In the end the Miami Hurricanes remained victorious. It wasn’t pretty and the pollsters agreed. Miami would drop spots in the poll. What didn’t drop however was the perfect pass King delivered to Mark Pope on a play action pass that would ultimately become the game winner.

So much to dissect this week in the Student of the Game. There is a lot of quick hitter clips, another ninja bomb (That is a non voiced clip where the play does the talking for me) and one very important game changing BANG!!!! Grab your pop corn and your pencils it’s time to go under the hood and take inventory. #gocanes