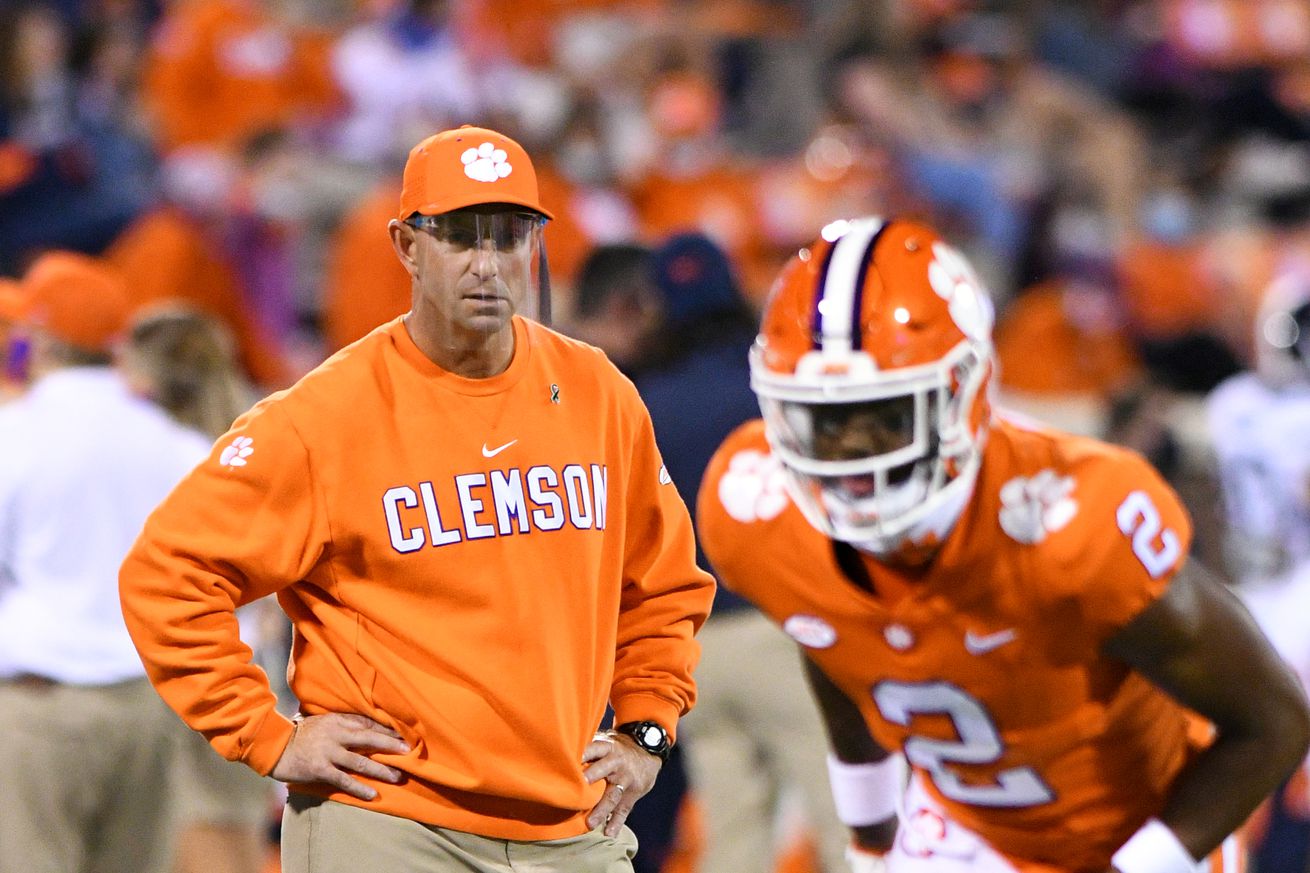 The Miami Hurricanes suffered their first defeat to the surgical hands of the Clemson Tigers 42-17 in a full prime time autopsy on Saturday. After the exploratory surgery what was left to see?

Rhett Lashlee played the video of Buster Douglas vs. Mike Tyson to paint a picturesque, positive and powerful point. Games against superior opponents involve ebbs and flows, grueling rounds and being able to whether the champ’s best punch.

But everyone has a plan until they get punched in the mouth. When the Clemson Tigers dismantled the Miami Hurricanes 42-17 it didn’t take long for the reigning undisputed ACC champs to put the contender on the mat. The tigers did it with unrelenting ferocity.

If you were going to script how you stop the #canes, this would be it. Miami converts, but double A gap pressure, safety coming late to keep Qb in pocket, double their best pass catcher and dare WR to beat you. pic.twitter.com/QmL36VVgdR

Clemson’s offense came out swinging and their defense was equally dominant. To Clemson’s credit, they knew exactly what Miami liked to do offensively and wanted to take all those familiar avenues away. Sure, the imagery of fighting the champ was applicable, but the tigers had the Hurricanes playing with one hand behind their backs all night long.

See the above clip where pre-snap confusion and a bracket on Bevin Jordan was employed to make things difficult for D’Eriq King and the Hurricane’s offense. Even when the offense completed a rare 3rd down, it came at a cost. King was hit hard on the play while delivering the football.

That’s not just a Clemson thing

Not to be outdone, Miami’s defense gave up 550 yards and 32 first downs. The Trevor Lawrence/Travis Etienne game plan was reminiscent of the one employed in the ACCCG. The tigers really didn’t throw the ball down field much. They didn’t have to. Motion and horizontal pressure decimated the canes as Etienne led the tigers in terms of receptions with eight.

Amari Carter has been ejected.

Your time to step up, @trxppybandz. Your time, freshman! pic.twitter.com/fK3FP34Gpl

The frustration mounted. The penalties started to rack up and the Hurricanes were quickly down 21-3. Other than a gift from the dabo-god in an errant 61 field goal attempt, the score would have stayed that way. 21-10 after Dj Ivey take a blocked field goal to the house. (small, unenthusiastic bang!)

Grab your popcorn and your pencils and a soothing adult beverage. You are going to need it. (Of course if you are of legal drinking age and I do not wish anyone to relapse if you are recovering from alcoholism) It is Student of the Game time. Miami vs. Clemson first half is up.