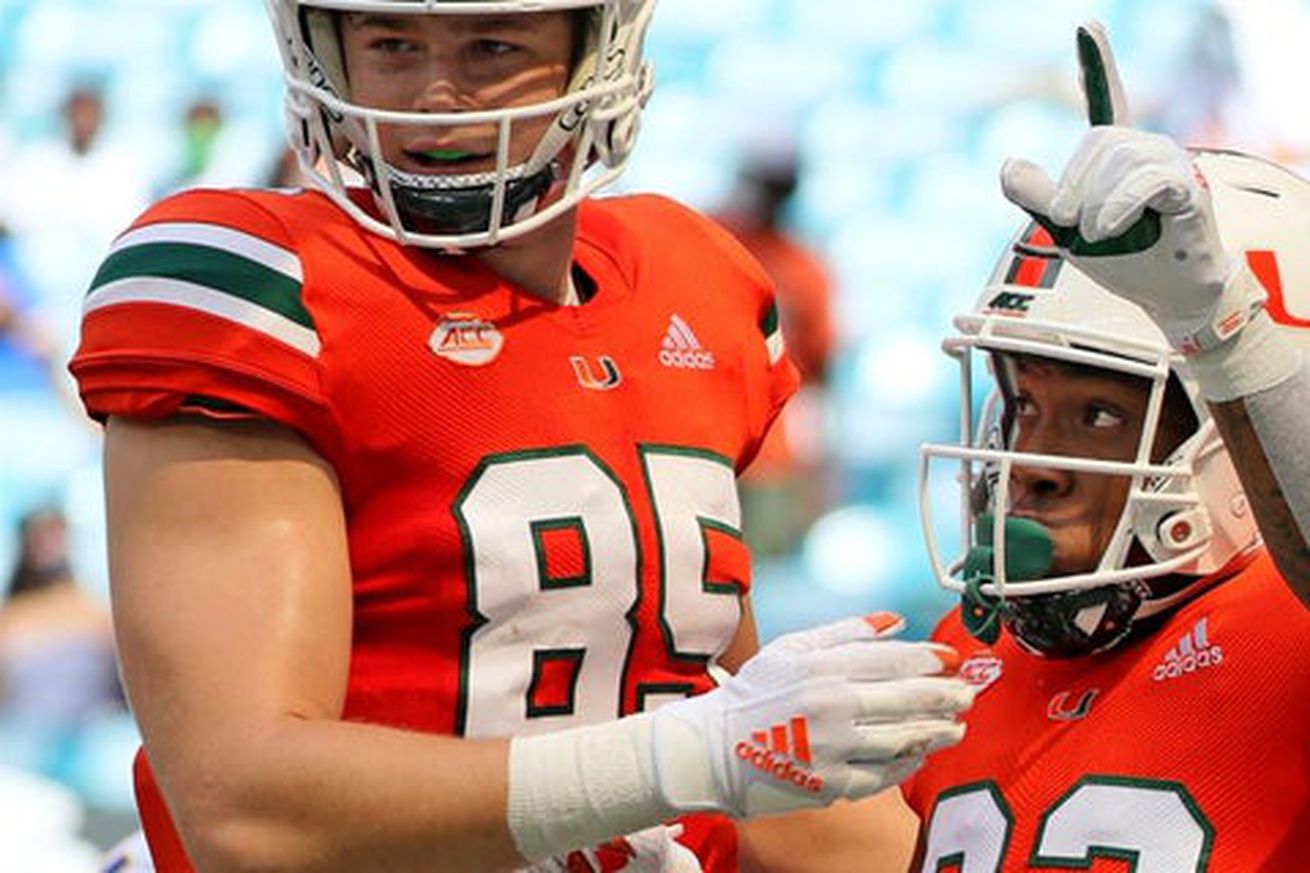 Miami’s offense has struggled at times the last two weeks, but there’s no need to overreact.

It wasn’t a record setting day for the Rhett Lashlee’s offense in their 31-19 win over Pitt yesterday, but the Canes did enough to get the win over a solid defensive squad. Still, I see a lot of fans upset about the offensive production as of late, and I need to address it.

Through the first 3 weeks of the season, Miami was averaging 43.3 points per game, and the offense was clicking. Now obviously, we haven’t seen that same firepower the last two weeks from the Canes, and naturally some fans are worrying.

Remember when we had an uptempo dynamic offense? Good times.

Please remember, however, the last two games, the Hurricanes have gone up against the best team in college football in Clemson, and then Pitt, who came into Saturday leading the country in sacks, and was ranked 2nd in rush defense. So given that, of course you’re going to see some drop-off in points and total offense.

Clemson is #8 and Pitt is #11 in terms of total defense, of course you’ll see some drop off on the Canes offense.
Until UNC however, Miami will be going up against some weaker defensive teams. So I expect to see more points in the coming weeks

According to Sports-Reference, Clemson is #8 in total defense and Pitt is #11. Just because Miami put up 47 and 52 points against Louisville (#60 total defense) and FSU (#58), doesn’t mean that the Hurricanes have an elite offense. It’s a first year coordinator and a new system, I wasn’t expecting the Canes to put up 35 points against Clemson or Pitt. Also, it’s worth noting, Miami scored 31 points on Saturday, and that was without leading WR/TE Brevin Jordan.

D’Eriq King: “Pitt’s defense is good. They’re good every single year…All week, Coach Lashlee instilled in our head it was going to be a four-quarter game.”

Now I will say this, there’s PLENTY to work on offensively for Miami. D’Eriq King has thrown 4 interceptions the last two games, and we need to see him get back to playing with confidence, much like we saw against Louisville and FSU. When he’s on his game, he’s one of the best QB’s in college football.

Another busted play by the Louisville defense, and D’Eriq King finds Brevin Jordan for a 47-yard TD.#MIAvsLOU pic.twitter.com/k034esnjPj

In no way however, does UM even need to THINK about switching quarterbacks. During Saturday’s game, I saw some people on social media call for Miami to bring in N’Kosi Perry or Tyler Van Dyke, and no disrespect to those two, but King gives the Canes the best chance to win, not even a question. He wasn’t going to go through the season throwing zero interceptions, it’s going to happen.

On how he rates the offense today: “Pitt has one of the best defenses in the country. … We did enough to win today, but there’s always room for improvement.”

Then there’s the wide receivers, who continue to be up and down. Mike Harley scored his first touchdown of the year on Saturday, and Mark Pope had 5 catches against Pitt, but there’s still dropped passes and just general lack of production. I think it’s time to start giving freshmen like Keyshawn Smith and Michael Redding III more reps, if the older receivers can’t get the job done.

Finally, the offensive line is another unit which has been up and down in five games. Though, I chalk a lot of that up to the fact that they’ve gone up against two very good d-lines the last two games. This is a rebuilding o-line, with a new OL coach, and given how the line played in 2019, was anyone really expecting Miami to come out and dominate Clemson or Pitt’s front-four? Of course not. Moving forward, I expect to see more and more improvement out of UM’s offensive line, as Garin Justice continues to evaluate and possibly make adjustments.

Great win against a good team‼️

At the end of the day, the Canes are 4-1 and averaging 34.2 points per game, even with the loss to Clemson. Sit back and realize what an improvement that is, compared to the last several years. Another good sign, until the UNC game in December, the Canes won’t be facing another top-20 defense (at the time), so I think we’ll start to see that same offensive firepower we saw in September for Miami.

Even with the loss to Clemson, Miami’s is averaging 34.2 points per game after five weeks.
Do you realize how much of an improvement that is compared to the last few years?
DO YOU EVEN REALIZE?