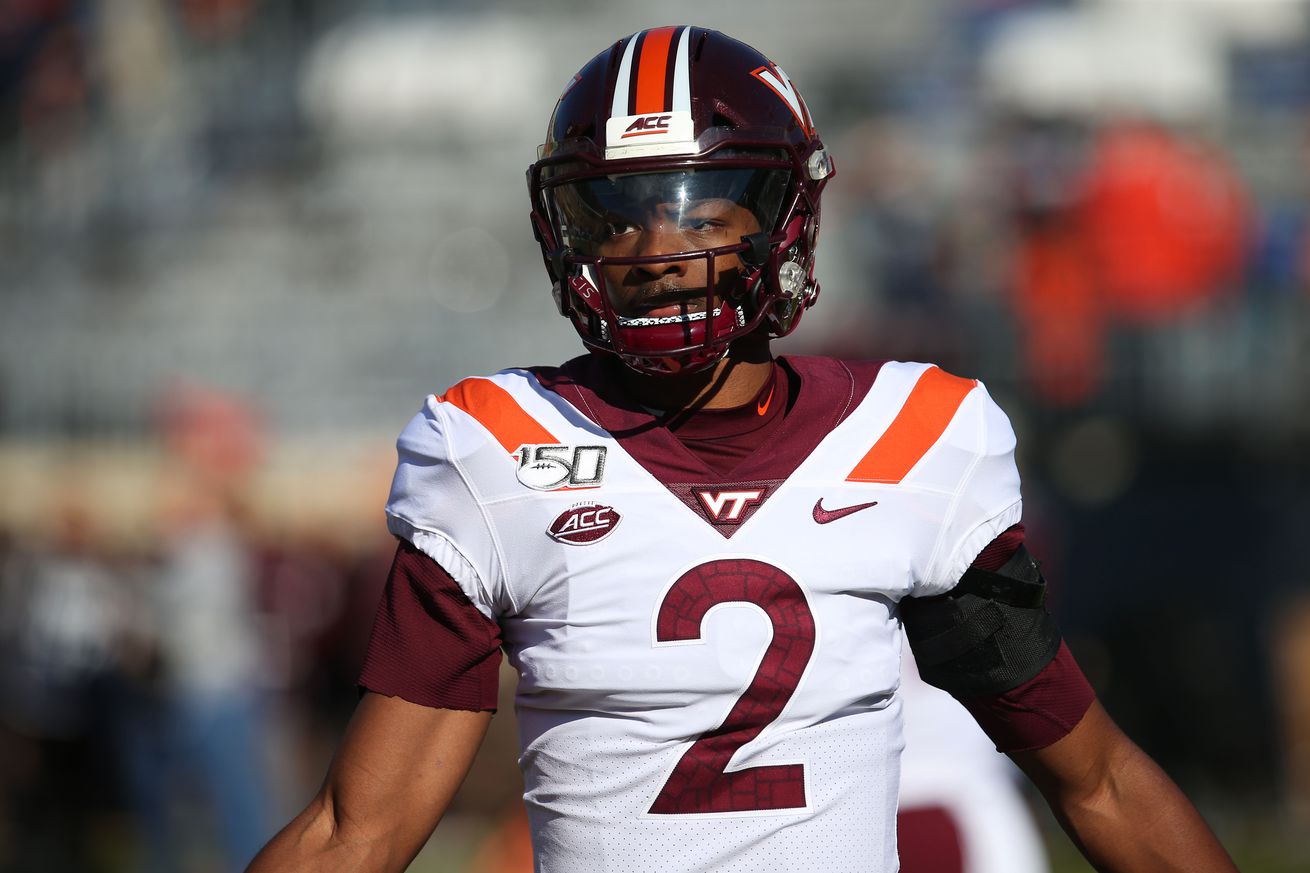 The Arms Race is a video quarterback breakdown series that poses two foes against each other using respective game film from the previous week. This week Virginia Tech’s Hendon Hooker faces off against the Miami Hurricane monarch, D’Eriq King.

Hendon Hooker is a good quarterback. The 6’4” 220 pound dual threat quarterback is posting a 66.3% clip in 2020 and is a force in the running game. When the Hokies fell victim to Liberty 38-35 in Blacksburg, it would be hard to find fault with #2.

Hooker was 20-27 for 213 and 3 touchdowns through the air. Not to be outdone in the ground game, he went off for 156 yards rushing on 20 attempts. This was the second time this year he rushed for over 150. (164 vs. BC) Justin Fuentes and company feature Hooker in the run game and for good reason.

Fuentes will use a ton of qb designed runs and try to leverage you with numbers. Their halfback will in essence turn into a fullback and often times become a lead blocker for his signal caller. Where I don’t think Hooker necessarily has the foot juice King has, the way the Hokies use Hooker in the run game is way more creative.

The Virginia Tech quarterback and the Hokies will also use the threat of the run to accentuate the RPO. Miami has to be on high alert defensively especially playing their backside responsibilities soundly. This is not a game to chase the flow bait.

Here you will see both quarterbacks execute a post snap RPO. Both quarterbacks had to overcome adversity to do it. King took a shot right down main street and hooker had to adjust a throw when a linebacker was in sight looking to bat down the ball.

The post snap rpo is present in both offenses, both QBs faced a little adversity to get the job done. Both did. pic.twitter.com/HDLclGdeKm

King was stellar. When you see Hooker post that kind of stat line and still fall short in the rankings you know something was cooking for the Hurricane quarterback. We promise you the polls were correct here and there was no impropriety. King Had 5 touchdowns through the air and ran over 100 yards on the ground. It was arguably the best performance in a non-bowl game in Miami Hurricane history.

Enough of the debate. Let the film do the talking. Hooker wears number two and he will be behind a number one this week. The Arms Race is popping. So grab your popcorn and grab your pencils. That is code for take notes and be entertained. #gocanes