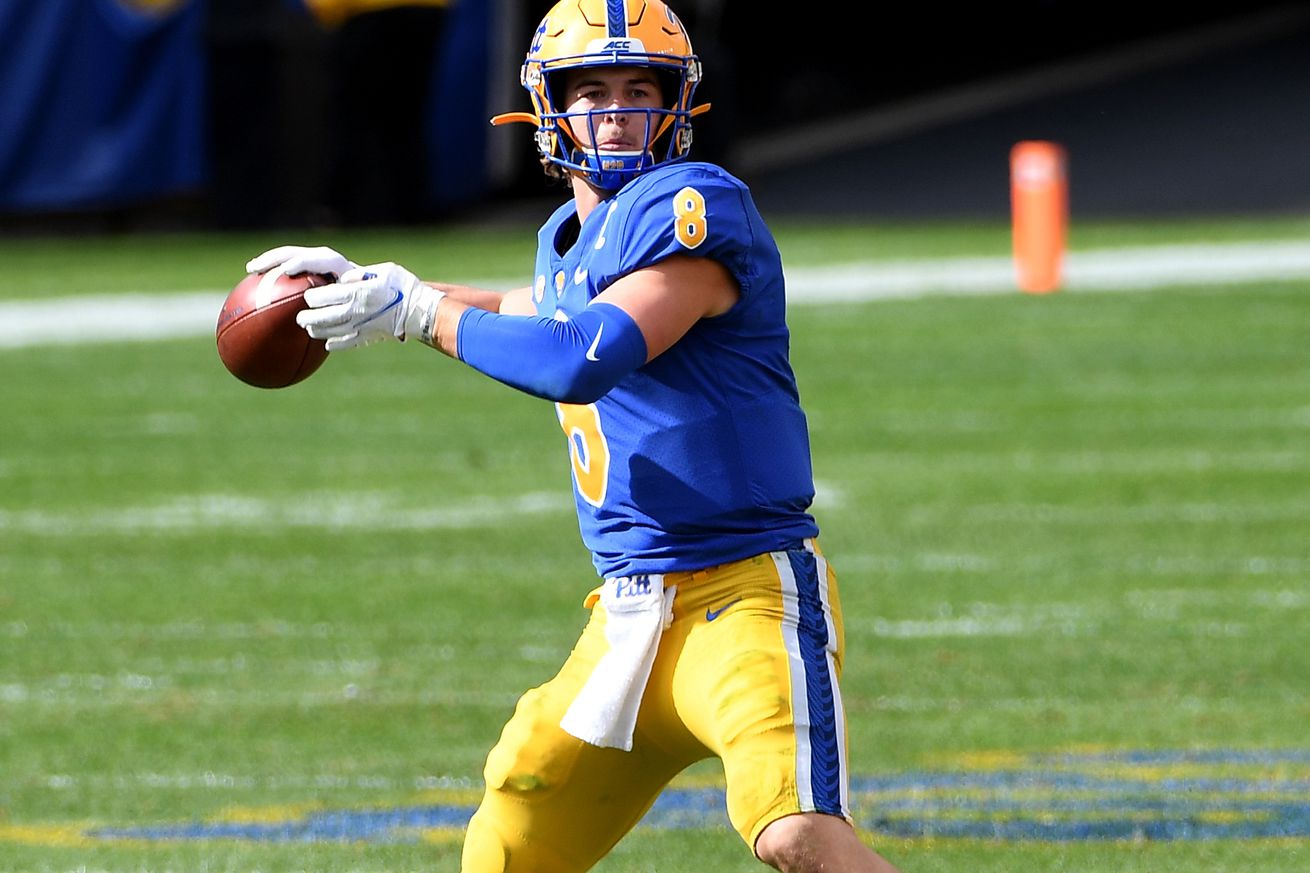 The Arms Race film series is putting two quarterbacks’ performances from the week before and letting them battle to the death. Just kidding it’s not death only bragging rights to win the Arms Race this week. King vs. Pickett. Ding Ding.

Kenny Pickett is a 6’2’ 220 pound quarterback from Oakhurst, New Jersey. His 1389 passing yards, eight touchdowns vs. three interceptions 2020 stat line has led the Panthers to a 3-2 start. It is worth mentioning that both losses were by one point.

The Pitt/BC is one of the craziest ending I have ever seen. The kicker makes a 58-yarder to force OT and then misses an extra point to end the game.

Pickett was solid in his start vs. BC. 266 passing yards, two touchdowns, one pick and he added another scamper for a score with his legs. The panther signal caller has a poise in the pocket and is a very capable deliverer of the football. It is not hyperbole to say he can make every throw in the playbook because he can.

Hurricane fans know quite well who the offensive coordinator for the Pitt Panthers is. Mark Whipple will put Pickett in prime position with a ton of gun looks and favoring 3×1 and spread concepts. Pitt will no doubt look to hit the intermediate passing game and Pickett ,seemed very comfortable there with dig routes and outs.

D’Eriq King has an uphill climb this week. Not because of the cumulative effort of the season, but simply for the fact that the Clemson Tigers negated much of the King led offense last week. Pitt will employ similar aggressive style looks and pressure to confuse the senior signal caller.

The game plan was simple for Clemson. Keep King in the pocket, take away tight ends and force him to beat you outside. The execution was flawless. Do not be surprised this week when you see all eleven Pitt defenders within 10 yards of the line of scrimmage. They will dare you to beat them this week.

Can Rhett Lashlee find the answers outside? Can the Miami offense stay patient enough with the running game although it will be obvious tough sledding? Pitt through five games has only given up 52 yards rushing a game.

The shoulder of responsibility will be on D’Eriq King and the passing game this week. You need to manufacture some big passing scores in there too just like Boston College. The Arms Race is a video series putting two quarterbacks in the ring and declaring a winner.

This one might be a little obvious at the end of 12 rounds. But you never know, the referee could have been paid off.