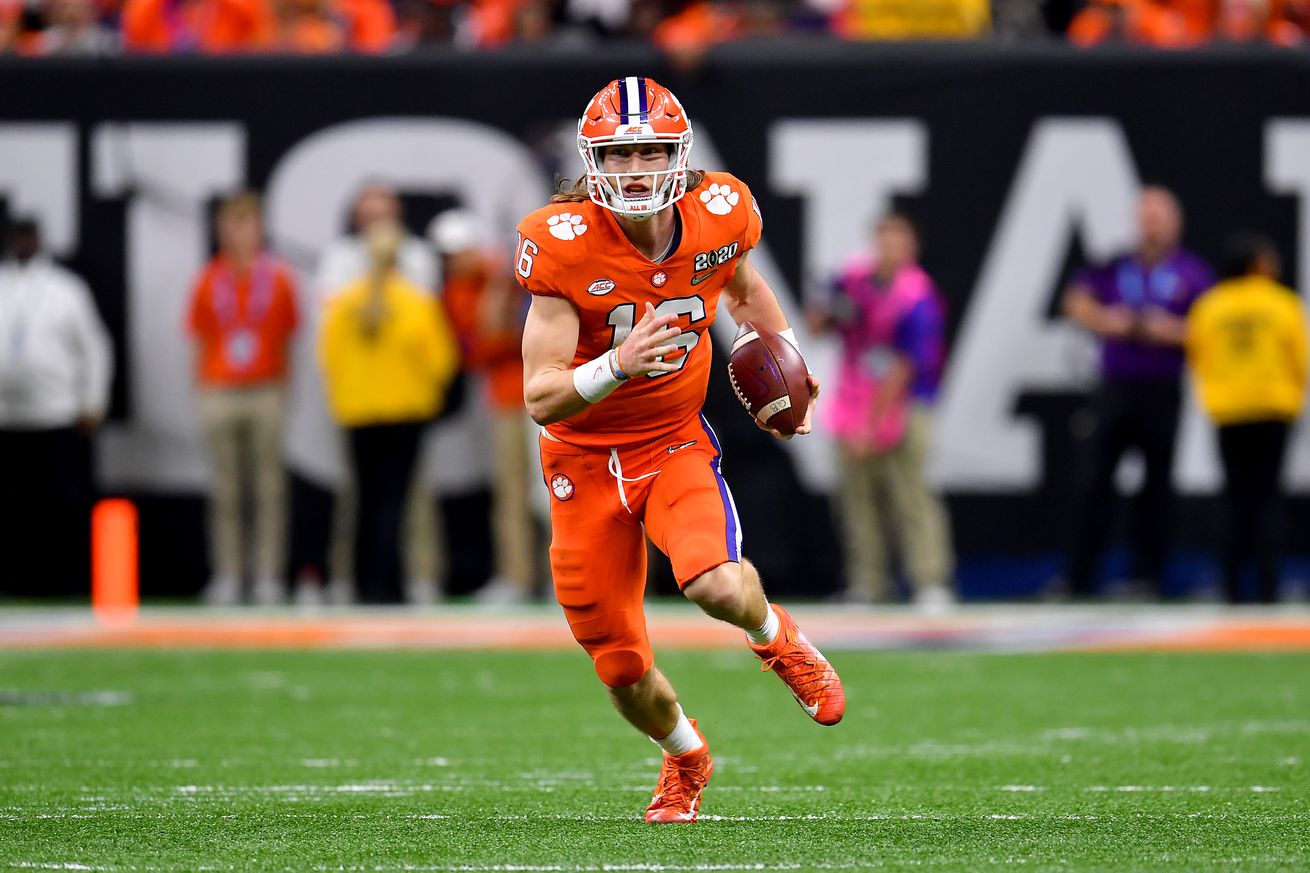 D’Eriq King has been the better quarterback three out of the first three weeks. King will now be in the role of David verses a college Goliath.

The 2018 offensive rookie of the year, Maxwell Award finalist, Manning Award finalist, he was a freshman All-America selection by the FWAA, ESPN and USA Today. The former number one overall player coming out of high school by 247Sports, Trevor Lawrence hardly needs any introduction. You know who he is.

His flowing Greek godlike trademark hair will obviously make him a pert plus spokesman once he is selected first overall in the 2021 NFL draft. Hair withstanding, his skillset is the biggest reason why he will be selected in the top spot.

The 6’6” 220 pound Lawrence won the national championship as a freshman and his legacy will always be etched in the pantheon halls of the college football elite. If only he were more like Achilles with an obvious weak spot. None exist.

Trevor Lawrence is 19, a national champion, a face of the sport and maybe… the most famous college student in the country. pic.twitter.com/RBU0jdrIa1

The Miami Hurricanes are 17.5 underdogs according to BetMGM.com. Those are some gargantuan type odds as the prime time match up squares off ominously in Death Valley, South Carolina.

D’Eriq King will also assimilate the roll of underdog in the Arms Race this week. But when facing off across the ring from a member of the collegiate elite, King won’t be without armor. King has garnered national praise and attention and won the Maxwell Player of the week award in his second start as a Hurricane.

King has been often times electric while remaining ruthlessly efficient in his protection of the ball. Three games in and the Hurricane QB1 has had zero interceptions to his credit. To my tabulation, only one ball has even been considered in harm’s way.

For the Miami Hurricanes to pull off the upset, King will need to just be himself. He doesn’t have to push. You don’t amass 50 touchdowns and set NCAA records by accident. King will just need to settle into the game plan and do the things he is naturally capable of doing.

The guy commanding the huddle on the orange and purple team is him. He will be the number one overall pick in the 2021 NFL draft. Lawrence will remind the whole country on Saturday night why. He will have wow throws, some great decisions, some runs on the ground and there is absolutely nothing you can do about it.

But King can go show the world what he is capable of on any given Saturday night. And that simply is to stand toe to toe in the ring with a giant and not flinch. No one ever said this would be easy.

The Arms Race is a video series you can popcorn it to. We take the following week’s film and take a look under the hood at each team’s respective QB1. King vs. Lawrence. Let’s go.