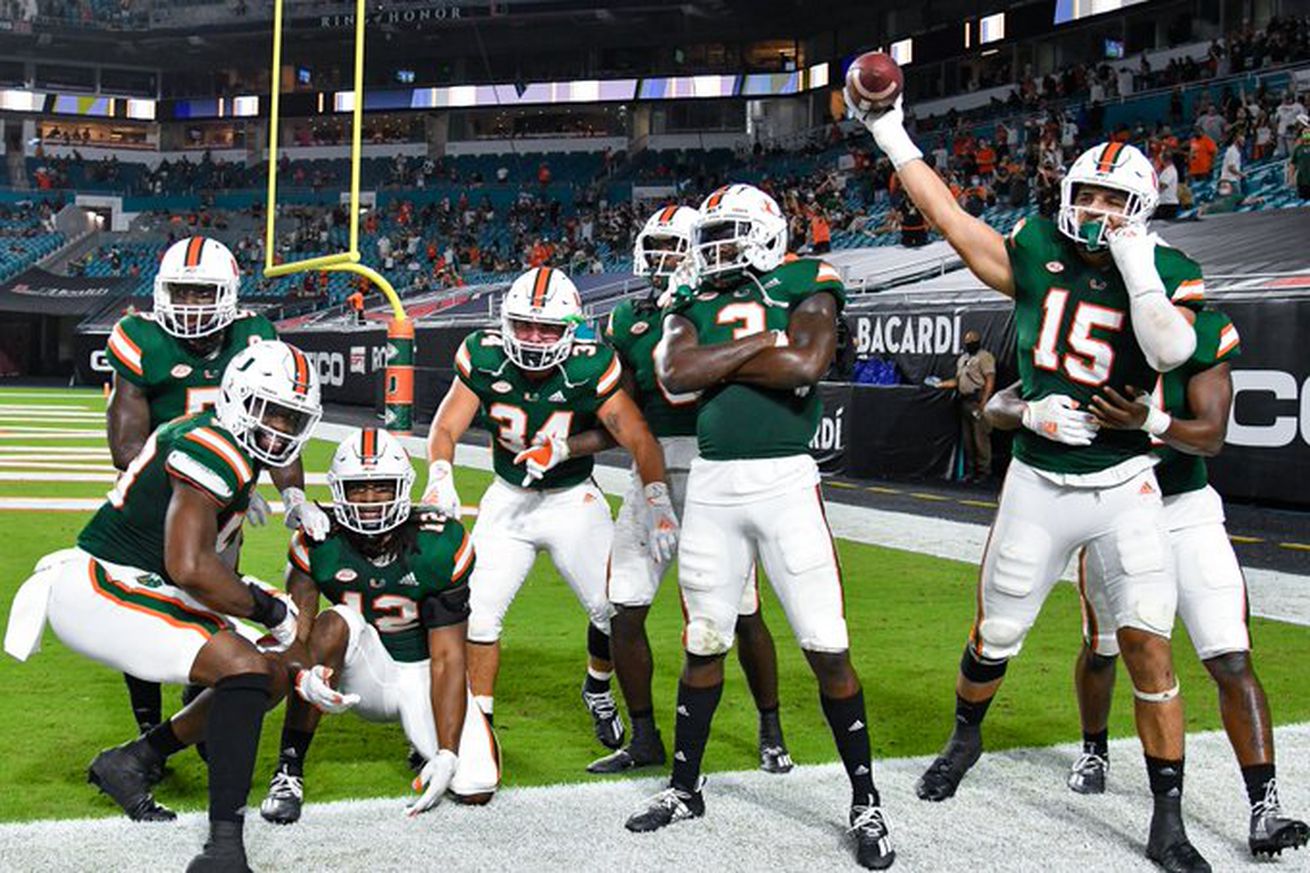 Welcome back, everyone!!! The Miami Hurricanes demolished the rival Florida State Seminoles 52-10 at Hard Rock Stadium on Saturday night. That marked Miami’s 4th consecutive win over their rivals from Tallahassee. Man, that feels SO GOOD to say.

Here’s our 3 stars by Marsh Thomas

And now, we get into The Good, The Bad, and The Ugly

This is so amazingly bad, Florida State pic.twitter.com/QLhaeVC3na

Okay. The 3rd quarter wasn’t great, and there were drops and some penalties. But the Canes just went out and scored the most points in the history of the Miami-FSU rivalry. Setting records against your rivals will always get an A from me.

A better opponent probably stresses the defense a bit more. And a garbage time TD made things look a bit closer than they really were. But 12 TFLs, 6 sacks, 3 turnovers forced, and just generally physically dominating FSU all day long is good enough for a B+ grade. Maybe a slight bit of grade inflation based on the turnovers. But still, this is what Miami’s defense is supposed to look like, with like 3 drives being the exceptions. I’ll take it.

Another muffed punt. Otherwise, things were good. Kicking was strong on PATs and 1 FG. KR decent. Punt — a singular punt — was good. But that muffed punt. That’s still worth a full grade demerit.

FSU had 3 decent drives: one to start the game, one to start 2H, and one more late in the game. Outside of those moments, Miami was firmly in control of the game. And, moreover, Miami was the better team and looked the better team from the moment the game started. Every player was prepared. Every coach was dialed in. And that resulted in the most points ever scored in this rivalry and one of the largest margins of victory to boot. Again, IT WAS NOT PERFECT, but damnit, this was a landmark game for the coaches. Bravo.

I mean, what else is there to say? We beat our rivals by 6 TDs and scored a record number of points along the way. It feels good, as well it should.

Those are my thoughts. Share yours in the comments section below.

4 in a row vs FSU. Man, this feels so much sweeter for suffering through those 7 consecutive losses to them. I love it here.