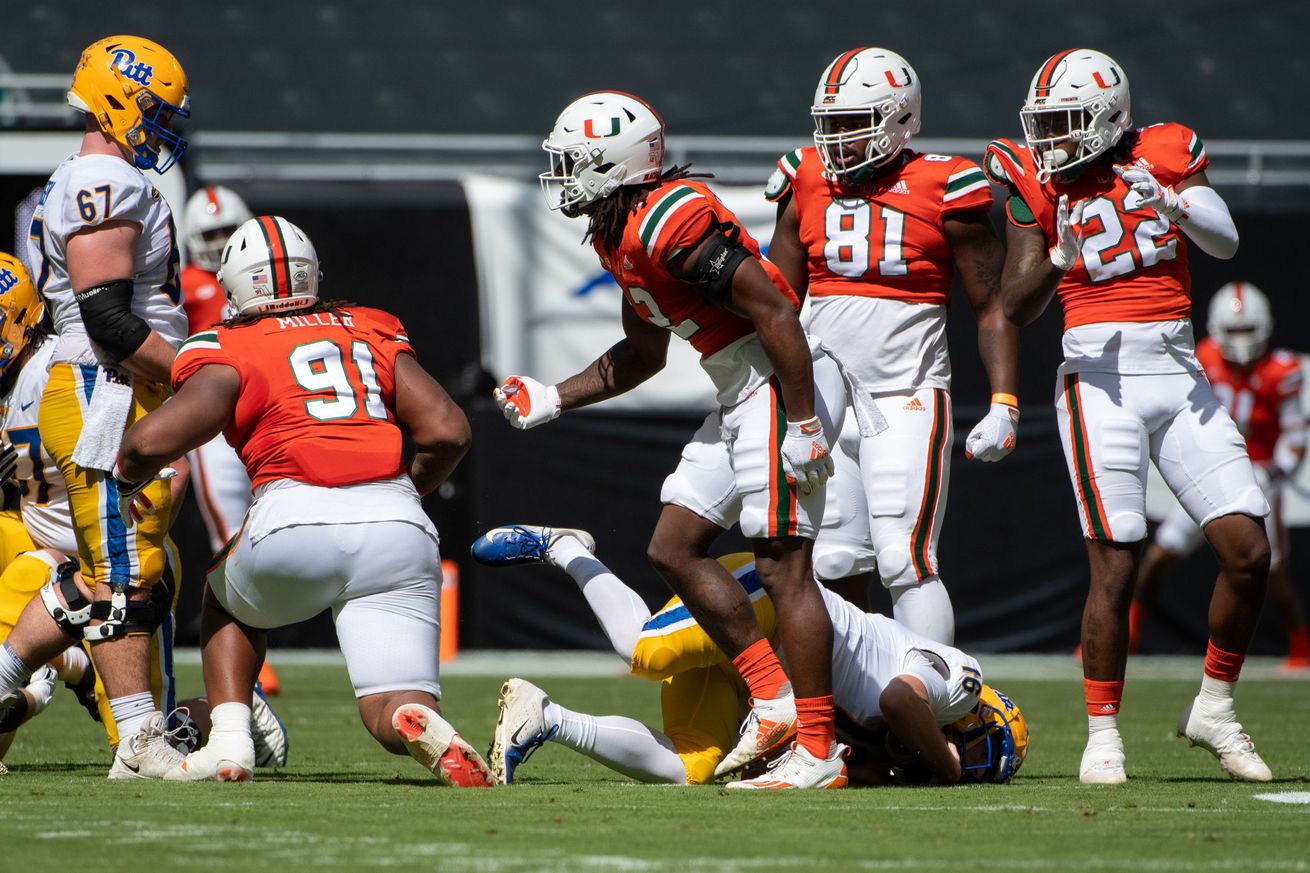 The Miami Hurricanes bounced back from last week’s loss to beat the Pittsburgh Panthers 31-19 on Saturday afternoon.

Here are our 3 stars from the game by Marsh Thomas.

And now, a bit later than usual because I was out watching the game, let’s get into The Good, The Bad, and The Ugly.

31 points against a good defense such as Pitt is good. But the absence of any consistent run game, the struggles with consistency in the passing game, and the struggles in 3rd down conversions were all negatives. The explosion was great; the efficiency was poor.

The absolute erasure of Pitt’s running game was great. And finding a way to beat a first time starting QB, something Miami has struggled when facing in recent years, was good. Still need more from the DTs. And it’s time to go in a different direction at LB, cuz the reserves have more athleticism, and better performance, than the starters.

Look, this was a tough spot for the coaching staff following the loss to Clemson. Good on them for getting the team ready, having them persevere when things were tough, and pull out a big win. Lashlee schemed guys WIIIIIDDDEEEE OOOOOOPPPPEEEENNNN for the TDs. Diaz was good with game operations. And Baker was good enough to keep Pitt out of the endzone except for 1 drive all day. Good work, gentlemen. But just know that there’s still PLENTY of room for growth. K? K.

That’s it for this week’s look back at the action in The Good, The Bad, and The Ugly. Add your thoughts and keep the conversation going in the comments section below.