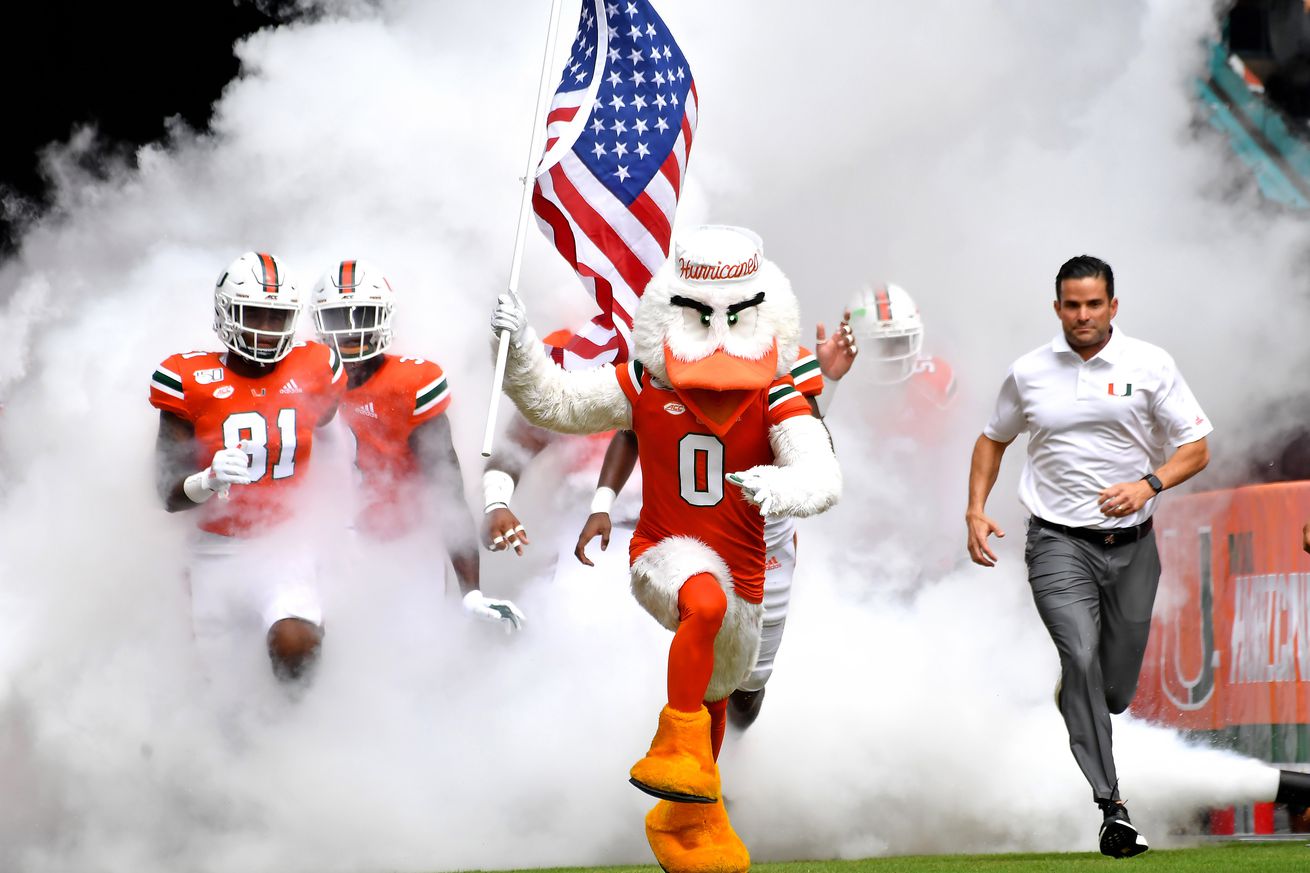 Miami won their 2020 season opener. Let’s dissect the action and give out some grades, shall we?

The Miami Hurricanes opened the 2020 season with a hard-fought 31-14 victory over the UAB Blazers.

Here are the 3 stars from the game by Marshall Thomas

And now, for the first time this season, let’s get into The Good, The Bad, and The Ugly

The Hurricanes tie it up!
pic.twitter.com/F0XUnsmRD0

Oh, and D’Eriq King can do this too

The run game gets an A for their efforts, but the passing game and offensive line were missing in action, so C+ seems right. The goal has to be to build on the foundation of the run game to unlock the full potential of the offense moving forward. And fast.

UAB had exactly 1 sustained drive, a 75 yard TD drive early in the 3rd quarter. Other than that, UAB didn’t go more than 34 yards with the ball, and their other TD drive was 17 yards. I’d like to see more havoc plays, and obviously some turnovers, but this was a good effort by a bunch of guys (bc Miami rotated in a lot of players in the opener). Bravo.

The fumbled punt is the only thing keeping this from being an A. Punting was fantastic. Place kicking was flawless. Big step in the right direction.

I love the way Miami fought. I liked some of the performance, too. I was fine with the player rotation today because it didn’t affect performance. I’d like to see the offense come alive a bit more, and that’s on coaching for game planning and adjustments. But, this was a solid win over a solid team, and coaching had a lot to do with that. Good not great, and plenty of room for improvement. But lightyears better than what we saw last year. So, that’s good, IMO.

That’s it for this season-opening edition of The Good, The Bad, and The Ugly. Let’s hear your takes in the comments section below.