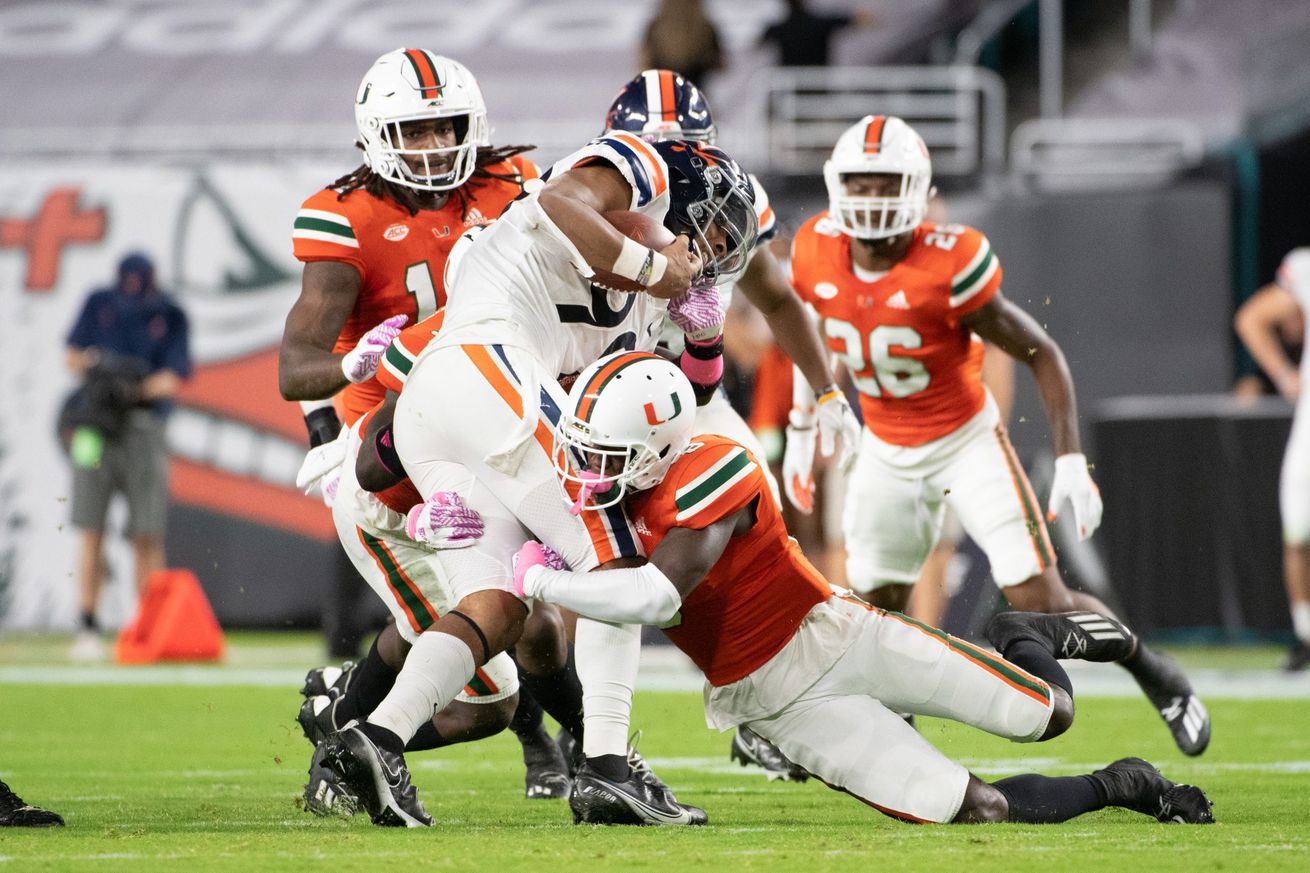 It wasn’t pretty, but Miami found a way to win. Let’s grade the performance.

It was not the prettiest game ever, but Miami found a way to eke out a 19-14 win over the Virginia Cavaliers.

No recap this week because I would have had to do double duty, and this game was closer than it should have been, so I didn’t really have time to do both.

And now, what you’re here for: The Good, The Bad, and The Ugly.

are all out today

Passing game did numbers. Run game had moments but was largely contained. And the scoreboard only had 19 points, when Virginia had been giving up 35+ on a weekly basis. Take out the opening 2-play TD drive, and this is a much different conversation. Passed this test, but this was a 101 class, not a grad level course. Improvements are needed.

Harsh grading or not, things weren’t great tonight. Diaz-led defense have struggled with mobile QBs, and that continued. Add in the weekly “they’re running new stuff we had never seen before and that’s why we can’t stop them” statement early on, and yeah, we need more. Additionally, the defense is built on TFLs. Miami only had 2. That’s gotta change.

Punting was good. Punt returns could have taken a couple more fair catches instead of letting the ball bounce and get downed inside the 5. 50% on FGs, with the missed one blocked. Kickoffs were only okay, but coverage was good. A bit of a harsh grade because this unit had been one of Miami’s best this season so a step back is a BIG DEAL.

Another week, another “they’re doing stuff we’ve never seen on film” from the coaches. When are WE going to surprise someone? I mean, the first drive was cool, but where was that the rest of the game? And, we should have blown these bums out. Played down to the opponent again. That’s on the coaches, even if they and the team found a way to win.

Yeah, Miami won Saturday’s game, but it was far from a stellar showing. Simply put: performances such as this will not be good enough against the better teams still on the schedule, and things need to get fixed. Fast.

Those are my thoughts. What are yours?