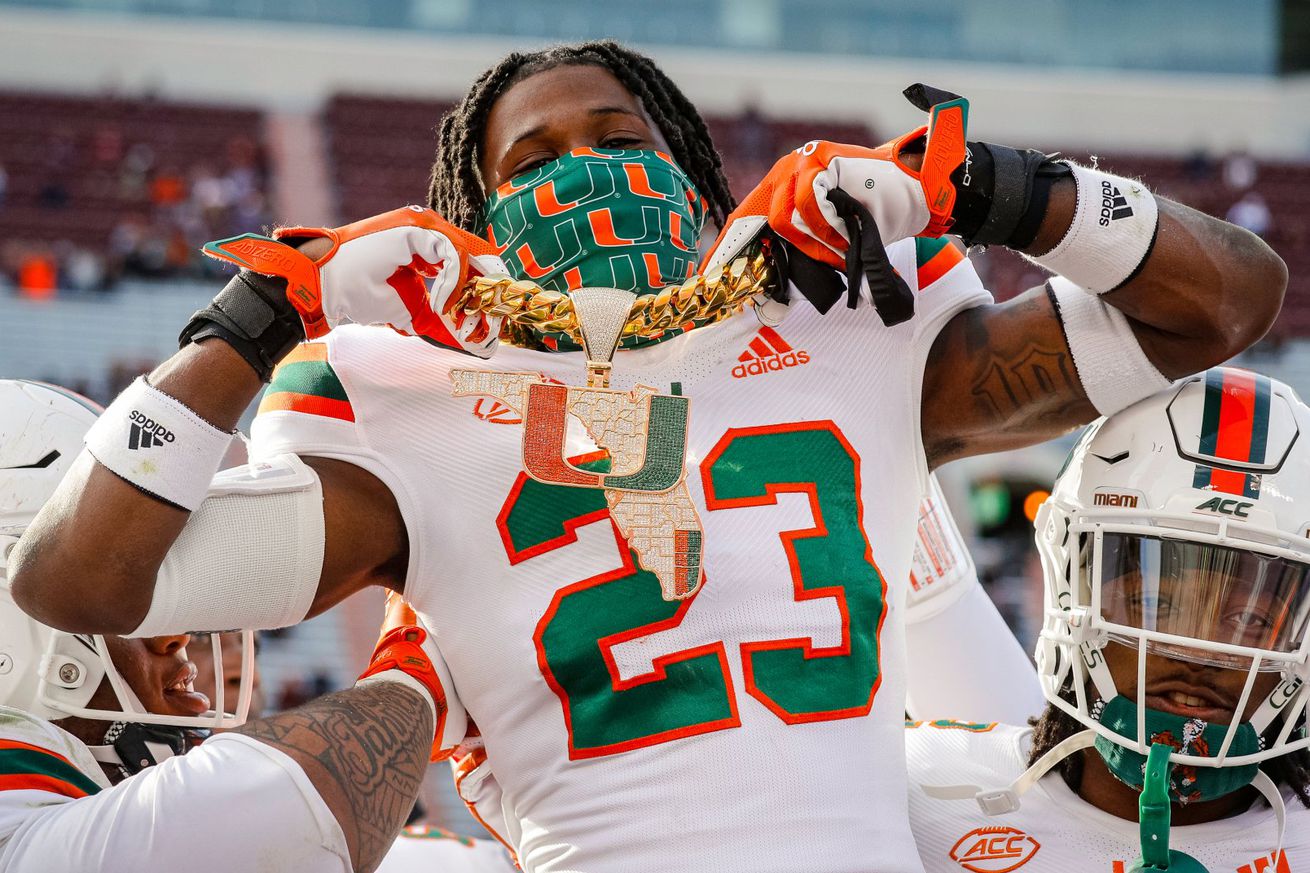 It wasn’t pretty, but it was effective. Let’s review Miami’s 25-24 win at Virginia Tech.

The Miami Hurricanes earned their 7th win on the year with a hard-fought 25-24 win on the road against the Virginia Tech Hokies on Saturday afternoon.

Here’s our game recap from the win by Dylan Sherry

Now, let’s get into The Good, The Bad, and The Ugly, shall we?

KING TO POPE FOR THE MIAMI LEAD

The tempo was good —86 plays I believe is a season high. And there were moments of brilliance from King or Pope or Wiggins. But overall, it was a herky jerky performance, with many points being left on the field against a defense that had allowed 31+ points on 4 previous occasions, including last week to Liberty. Felt like OC Rhett Lashlee got too cute a couple of times, and just picked the wrong play other times. IT was enough to win but it wasn’t good.

Started bad, but got better. Had 1 turnover but could have had more. Got saved, really, by INCREDIBLE performances from Jaelan Phillips, Gilbert Frierson, and Te’Cory Couch. This was yet-another game where it took until the 2nd half — really the 4th quarter — for the Canes defense to stop reacting and start dictating the rules of engagement. Good enough to win today, but still not the kind of defense we’ve grown accustomed to seeing from Miami recently. Need everybody to step up more.

Return game was pretty non-existent, and there was a muffed punt, but Miami recovered. The fake FG was terrible from inception. But the kicking, when it actually happened and wasn’t faked, was good. The punting was incredible. So, all in all, let’s call it a B.

Look, I love that this team has a “never say die”/”we won’t quit” mentality. But there’s no reason we should be playing down to the level of our opponent such as we’ve seen these last few weeks. The defense was bad before getting refocused. The offense was up and down. And some of the coaching decisions were quite poor. There’s a lot to like, but there’s a lot to improve on.

7-1 through 8 games. And won a game that was almost postponed due to COVID-19 affecting the roster. That’ll work.

Those are my thoughts and grades. What are yours? Share them in the comments section below.