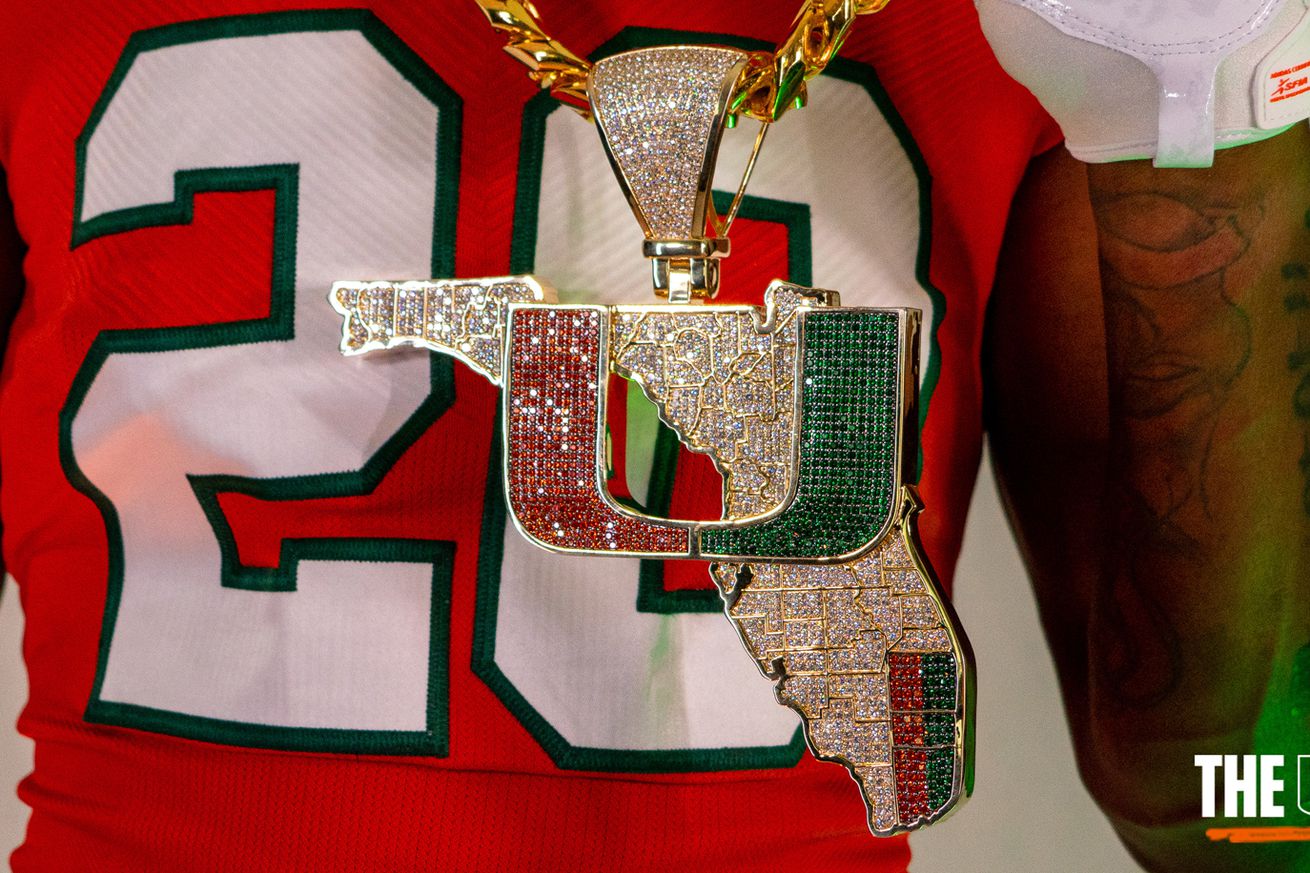 What, you thought it was going away? Oh no no no, my friend

Early on in the season-opener against UAB, the Miami Hurricanes debuted the new version of the Touchdown Rings.

It took until game 2, but Miami unveiled the new Turnover Chain after an Al Blades Jr interception shortly before halftime in Miami’s ACC opener against Louisville.

Some notes on the new Turnover Chain, courtesy of Miami Athletics:

The state of Florida “U” charm weighs 300 grams, while the chain itself weighs two kilograms and is about 30 inches long. There are 1,400 sapphire stones in the “U” – half green and half orange. The state of Florida portion of the charm has 1,900 white sapphires.

Enough talk; see it for yourself.

A closer look at the newest Turnover Chain pic.twitter.com/y1DiKBCnHZ

The Chain is awesome, but you have eyes so you knew that.