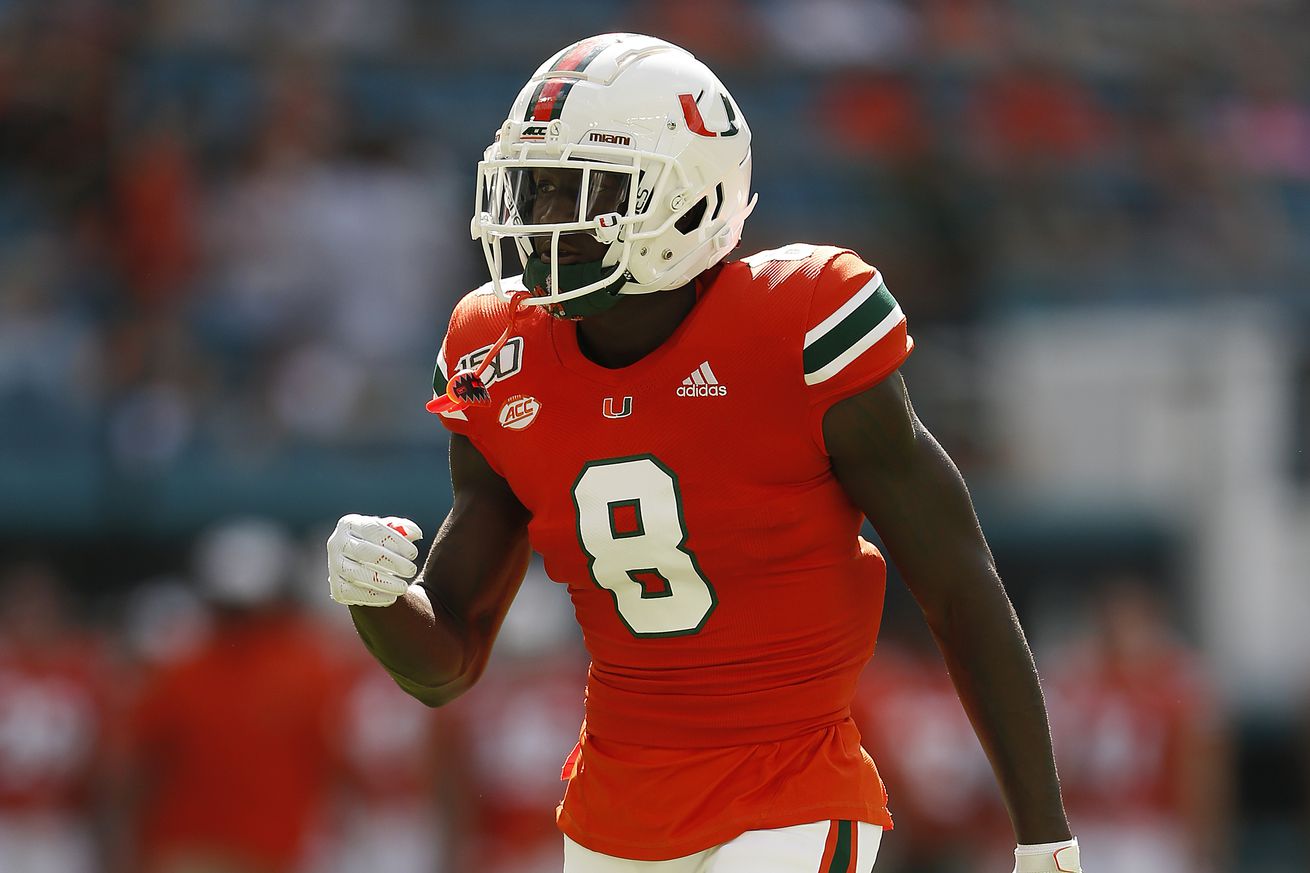 Despite the Hurricanes playing well in their 2020 debut, there’s still a lot of room for improvement.

Surrendering just 14 points to a solid UAB team isn’t a disappointment by any means, but against ACC-foe Louisville, the ‘Canes have to be stouter.

Louisville comes into this game in a similar spot as Miami, playing Western Kentucky, a non-ACC team in their first contest of 2020. A takeaway from their matchup with the Hilltoppers is that their offense is still fast, dangerous, and primed for a breakaway at any moment.

Miami wasn’t porous by any means in their season opener, allowing 248 total yards and just 80 yards on the ground to the Blazers. However, Louisville will better-exploit the flaws in the Hurricane defense. Looking back at 2019’s matchup between the 2 teams, it’s apparent that Louisville attacks their opponent’s secondaries, the area that Miami showed some struggle in against UAB.

Against Western Kentucky, the Cardinals totaled 343 yards through the air, with 2 of their wideouts surpassing 100 yards in receiving. The depth of their receiving corps was displayed here, as star wideout Tutu Atwell wasn’t part of the 100-yard group.

Heading into the ACC-opener, one player is especially concerning for ‘Canes fans: DJ Ivey. While Miami’s secondary as a whole will be tested by Louisville, Ivey was picked on by the UAB offense. We can assume that Louisville will further-exploit the matchup if Ivey continues to struggle. The ‘Canes have other options at cornerback in Te’Cory Couch and Christian Williams, but a quality performance from Ivey would instill confidence in him, and the secondary going forward.

Now, with both teams having a ‘tune-up’ game under their belts, we should see rhythm and cohesiveness on both sides of the ball. It’s up to Miami’s defense to contain the Cardinals and limit their fast offense from making big plays.