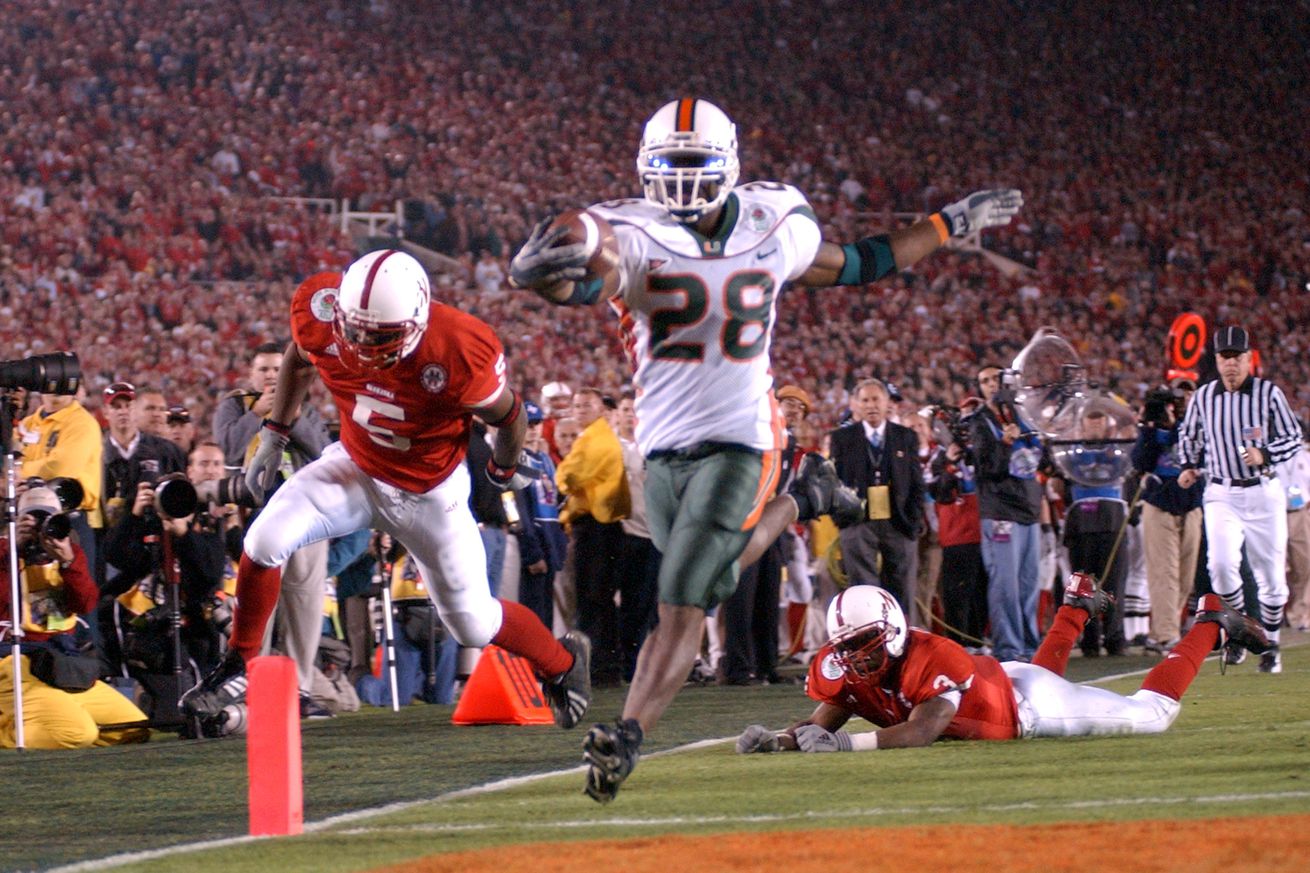 The Miami Hurricanes hit their idle week 3-0 after knocking off Alabama Birmingham, Louisville and Florida State. According to Bill Connelly’s SP+ analytics system, which is 61% against the spread through four weeks, Miami is the 15th in the nation. YES. 15th! After a 6-7 season, I’ll take 45th let alone 15th.

Damn. Florida State is bad. Like… really bad. The average SP+ of the 3-0 run is a ranking of 53rd in the country, with Louisville being the top dog.

Until their next idle week, Miami heads to Clemson before hosting Pitt and Virginia. The Tigers are the team to beat in the ACC and are 2nd in the SP+ at 2-0. They’re behind only the Ohio State Buckeyes who have yet to play a game. Clemson is 4th on offense, 7th on defense, and 23rd in kicking.

Clemson is the top dog of this three game run, with the average ranking sitting at 24th overall per the SP+. The ‘Canes then have a treacherous idle week before closing out the season.

The 2nd off week

After the off week, The U hits the road against NC State and Virginia Tech. The Wolfpack are terrible. They’re 1-1 but 73rd overall while 80th on offense, 80th on defense, and some how they don’t even have kicking data per the SP+. The Hokies are 1-0 and 17th overall. They’re 25th on offense, 21st on defense, and 28th in kicking after demolishing NC State.

The late season road stand is an average ranking of 45th in the country. There’s no reason the Wolfpack should beat Miami. The Hokies will be trouble for Miami as they always have been. Fuente’s offense seems to eat up the Baker-Diaz defense.

Miami then hosts Georgia Tech, before heading to Winston-Salem to face Wake Forest. The Yellow Jackets are 64th per the SP+; 94th on offense, 40th on defense and 69th in kicking. The Demon Deacons are 93rd overall with an offensive rating of 106th, defense of 71st, and kicking of 58th.

To end the regular season, Miami hosts North Carolina. Mack Brown’s squad is 1-0 and 12th overall per the SP+. The Tar Heels are 6th on offense, 35th on defense, and 40th in kicking. If Miami has one loss, the game against UNC is for a spot in the ACC Championship Game. If Miami is undefeated, the game matters less, per se- but boy does it matter either way. This final three game run averages out at 56th per the SP+, with UNC as top team at 12th.

Miami has to prove the fast riser in the ACC is in Coral Gables and not Chapel Hill. Brown has a championship ring as a head coach that the younger Manny Diaz has to be clawing for. Dabo Swinney, of course, is the ACC coach with the best pedigree. Over the past five college football seasons, Swinney’s Tigers have ended the season 2nd, 1st, fourth, 1st and 2nd. He’s on a Sabanesque run and someone has to knock him off Howard’s Rock as the king of the hill. Will it be Coach Diaz and the ‘Canes?

The ‘Canes schedule through Week 4 averages out at 44th in the country. The cliche ‘no time like the present’ has never rang more true for Manny Diaz and The New Miami.