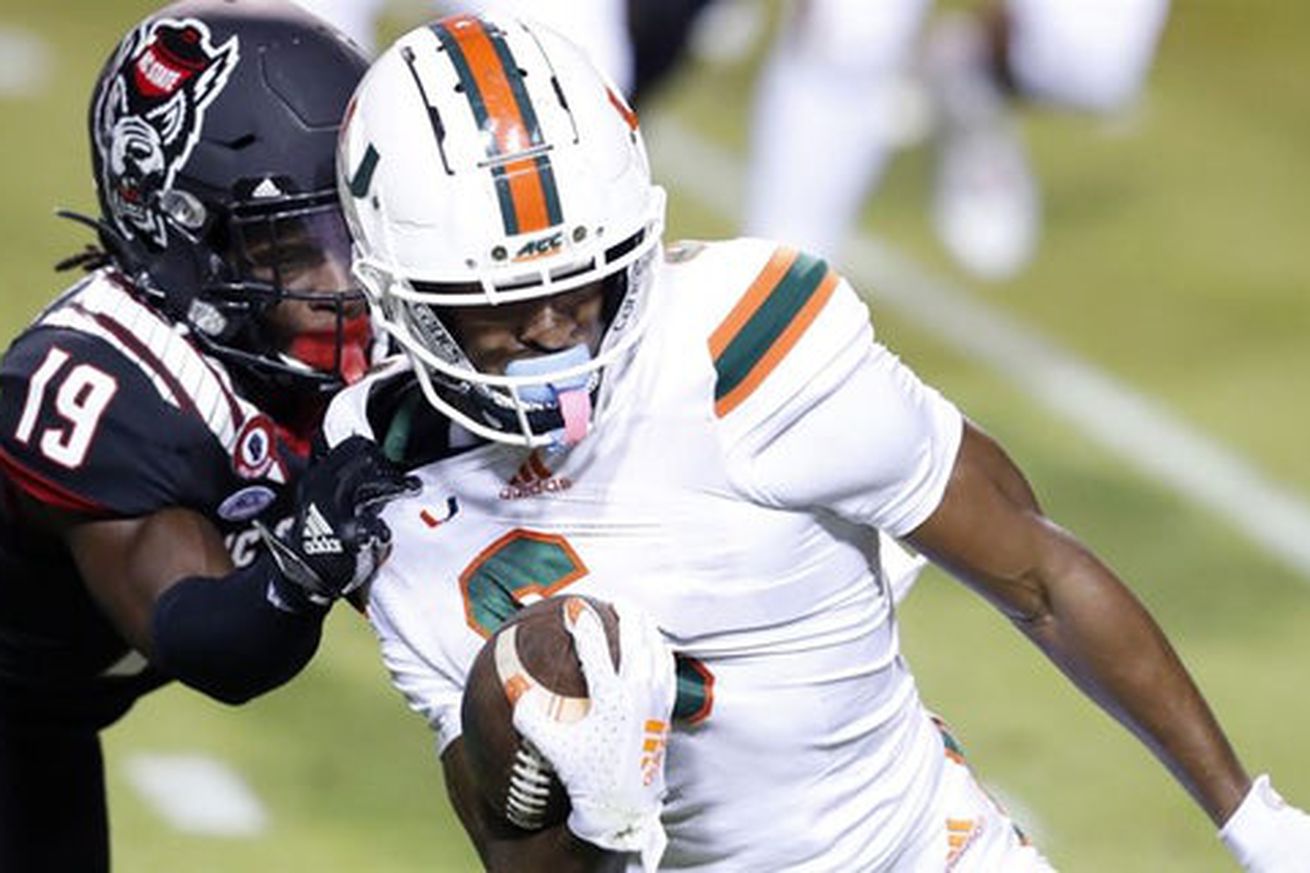 Mark Pope had one of the best games of his Miami career on Friday night against NC State, finishing the evening with 6 receptions, for 97 yards and 1 touchdown in the 44-41 win.

“This is why I came to Miami, stuff like this. I’m just going along, keep working hard,” Pope told the media on Tuesday.

The junior has been up and down since he came to Miami, and several weeks ago, there was news that an open competition at wide receiver would be going on. Not just Pope, but also Mike Harley and Dee Wiggins would need to step up their game if they wanted to remain starters, and they’ve done just that.

“Our practice habits changed. We’re going hard every play. We’ve been holding each other accountable,” Pope said when asked about the competition.

Miami’s passing game had his best day of the season on Friday, as D’Eriq King threw for 430 yards, and three wide receivers had more than 70 yards receiving.

Jaelan Phillips, Zion Nelson and Te’Cory Couch also spoke to the media after practice, here’s what they had to say.