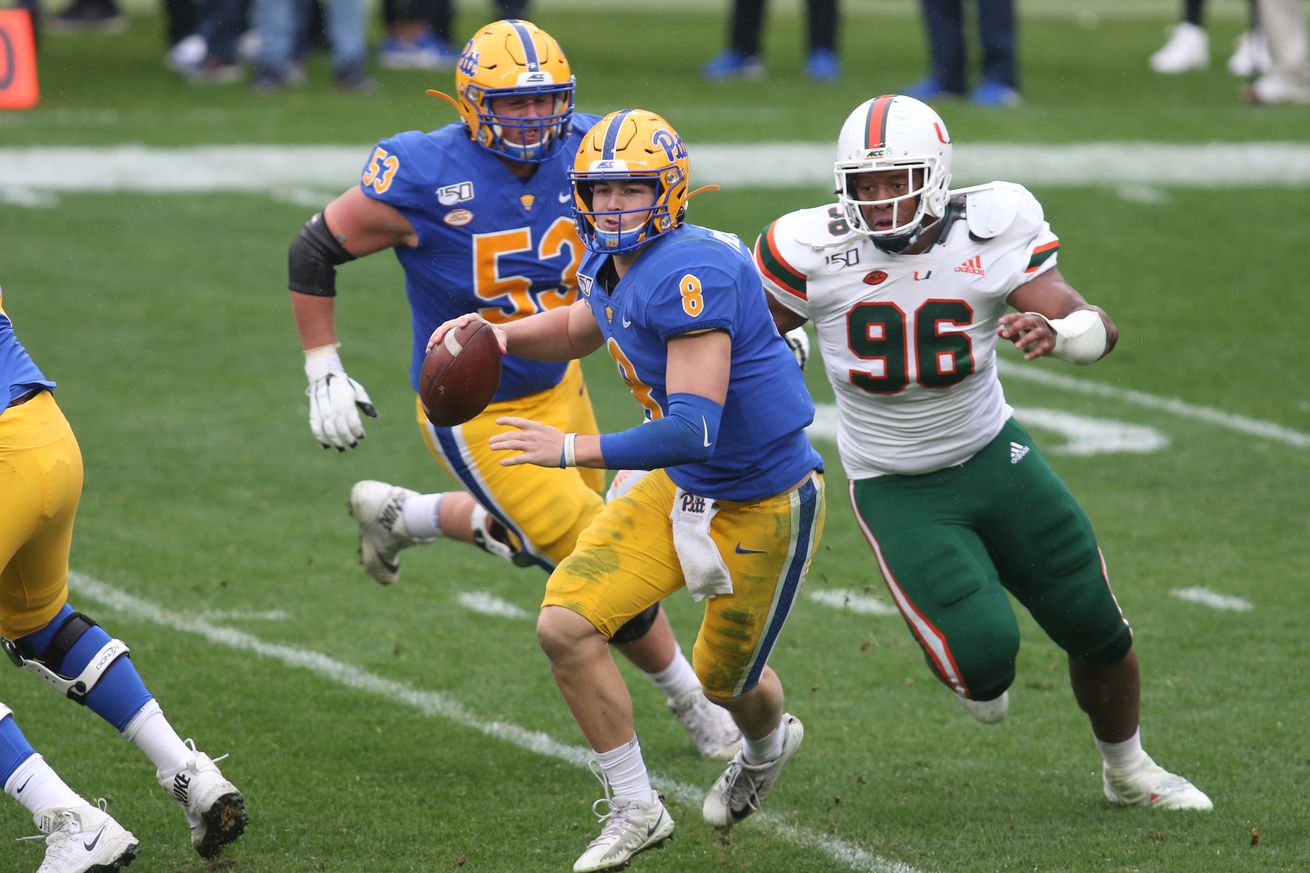 How will the Hurricanes respond after being beaten soundly by Clemson?

The Miami Hurricanes will look to put a disappointing loss to Clemson behind them today when they take on Pittsburgh at Hard Rock Stadium at noon today.

What must the Hurricanes do to earn their fourth victory of the season and get to 3-1 in ACC play?

Keep reading for three things to watch in today’s game.

Can Miami move the ball more effectively this week?

Miami’s offensive issues were obvious during its loss to Clemson.

The Tigers’ strategy on defense was to overwhelm the Miami offensive line with pressure and force Miami’s wide receivers and tight ends to make plays against 1-on-1 coverage down the field.

This strategy was obviously extremely successful as Miami had its worst offensive performance of the season.

As many have pointed out, Pittsburgh is built similarly to Clemson on defense and also might choose to use this strategy.

The Panthers currently lead the FBS with 24 sacks, six more than second place Clemson. Pittsburgh also has an FBS-best 52 tackles for a loss this season.

Will Pittsburgh actually try and play Miami the same way Clemson did? That remains to be seen.

However, just because Clemson can do something well, does not mean a run-of-the-mill ACC program like Pittsburgh can. Clemson has far more blue-chip athletes than the Panthers do.

It felt like King was playing 1-on-11 at times in the first half against Clemson. He needs support and help from the other 10 players on Miami’s offense.

This is an odd question to be seen here and might not make sense at first.

I believe this 2020 Pittsburgh team is almost a carbon copy of the 2019 Miami Hurricanes.

The Panthers are great at pressuring the quarterback and that drives the success of their defense. Pittsburgh’s back seven benefits from the pressure created by the front four and has created nine turnovers this year.

On offense, Pittsburgh struggles to run the ball and is in the bottom third of the NCAA in rushing yards per game. It averages just 3.2 yards per carry and 124 yards per game thus far this season. Many blame the offensive line (which also has allowed nine sacks, tied for third most in FBS football) for these issues.

Pittsburgh kicker Alex Kessman has a strong leg (he booted a 58-yard field goal against Boston College but also missed a PAT in the same game) but has been wildly inaccurate this season as he is just 7-for-12 on field goal attempts, specifically just 5-for-10 from 30+ yards.

Does any of that sound eerily familiar? I think it sounds a lot like Miami’s overachieving defense, underachieving offense and poor kicking game from the 2019 season.

That leads us to the obvious question, would the 2020 Hurricanes beat the 2019 Hurricanes? If this hypothetical game were actually possible, I think the answer would be a resounding yes, considering the addition of D’Eriq King and Rhett Lashlee.

That means Miami will need to rely on King and Lashlee to lead it to victory today. The offensive line will need to give King time and space to create, and as Justin Dottavio mentioned earlier this week, Lashlee may need to let King loose a bit moving forward.

How Miami responds to a loss

I will add one more thing to Cam’s analysis. Miami had five losses during the 2019 season as a seven point or more favorite.

The Hurricanes are favored by 14 points heading into today’s game.

Today cannot be Diaz’s sixth loss as a favorite of a touchdown or more. Miami must do everything in its power to avoid this and get out of Hard Rock Stadium with a 4-1 record.

If Miami comes out unfocused and/or unprepared, it will speak to the lack of solid leadership in this program. Let’s hope this is not an issue today.