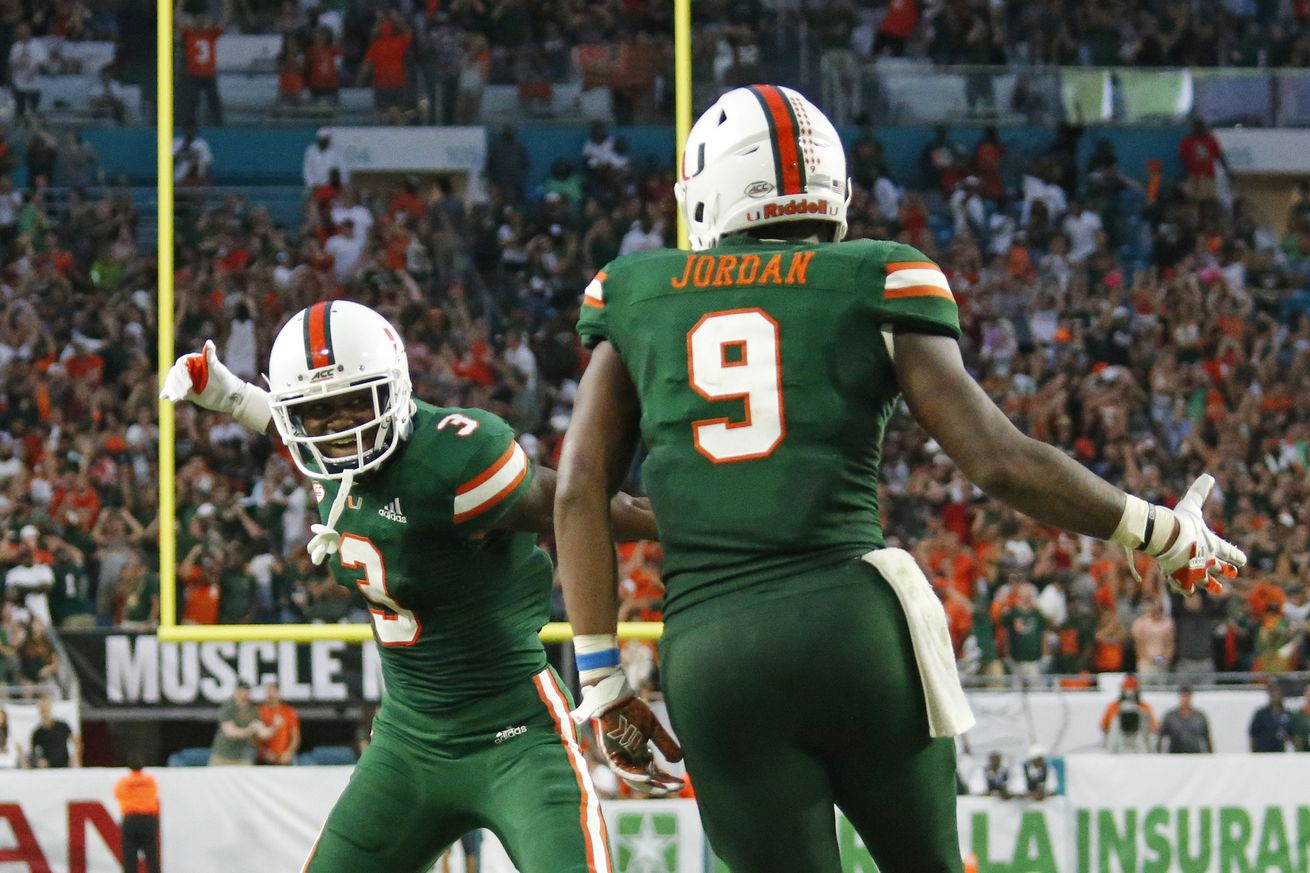 Since we’re only 9 days away from the start of Miami Hurricanes football, I decided to go back and look at the best moments and games from Brevin Jordan’s career at UM.

Coming out as the nations top tight end in the 2018 recruiting class, Jordan saw the field immediately for the Canes as a true freshman. In Miami’s second game of the 2018 season against Savannah State, Jordan caught his first touchdown on a 4-yard pass from N’Kosi Perry. His fellow true freshman (at the time) tight end, Will Mallory, also recorded his first career touchdown that game.

As a true freshman, Jordan was one of the key factors in the Miami offense, and developed a good connection with quarterback N’Kosi Perry. Against FIU in week-four of 2018, Jordan had his best game up to that point, finishing with 5 catches, for 67 yards and 1 touchdown.

Last season against the Hokies, Jordan had arguably his best game as a Hurricane, with 7 receptions, for 136 yards and 1 touchdown. With starting QB Jarren Williams knocked out of the game early due to injury, Perry came in and nearly engineered a seemingly impossible comeback, with Jordan as his main target.

In the season opener against the Gators last year, Jordan was clearly a big part of Miami’s gameplan on offense. On the opening drive alone, Jordan had 3 receptions.

2nd play of the season, and I love this call to Brevin Jordan. Also great blocking by Thomas and DeeJay pic.twitter.com/5wpVystbH2

Near the end of the first half, Williams hit Jordan over the middle for a 25-yard touchdown. Jordan finished the day with 5 catches, for 88 yards and 1 touchdown.

Was there really any debate as to what play was going to top this list? Going back to his freshman season, it was Jordan’s first ever game against rival FSU. After Perry and the defense led Miami back from a 27-7 deficit, the Canes still trailed 27-21 in the fourth quarter. Then, Perry threw a beautiful pass, hitting Jordan in stride for a 41-yard touchdown, and what would be the eventual game-winning score.

COMEBACK U! N’Kosi Perry finds Brevin Jordan to give @CanesFootball a big win over @FSUFootball pic.twitter.com/AjsPKyGSuY