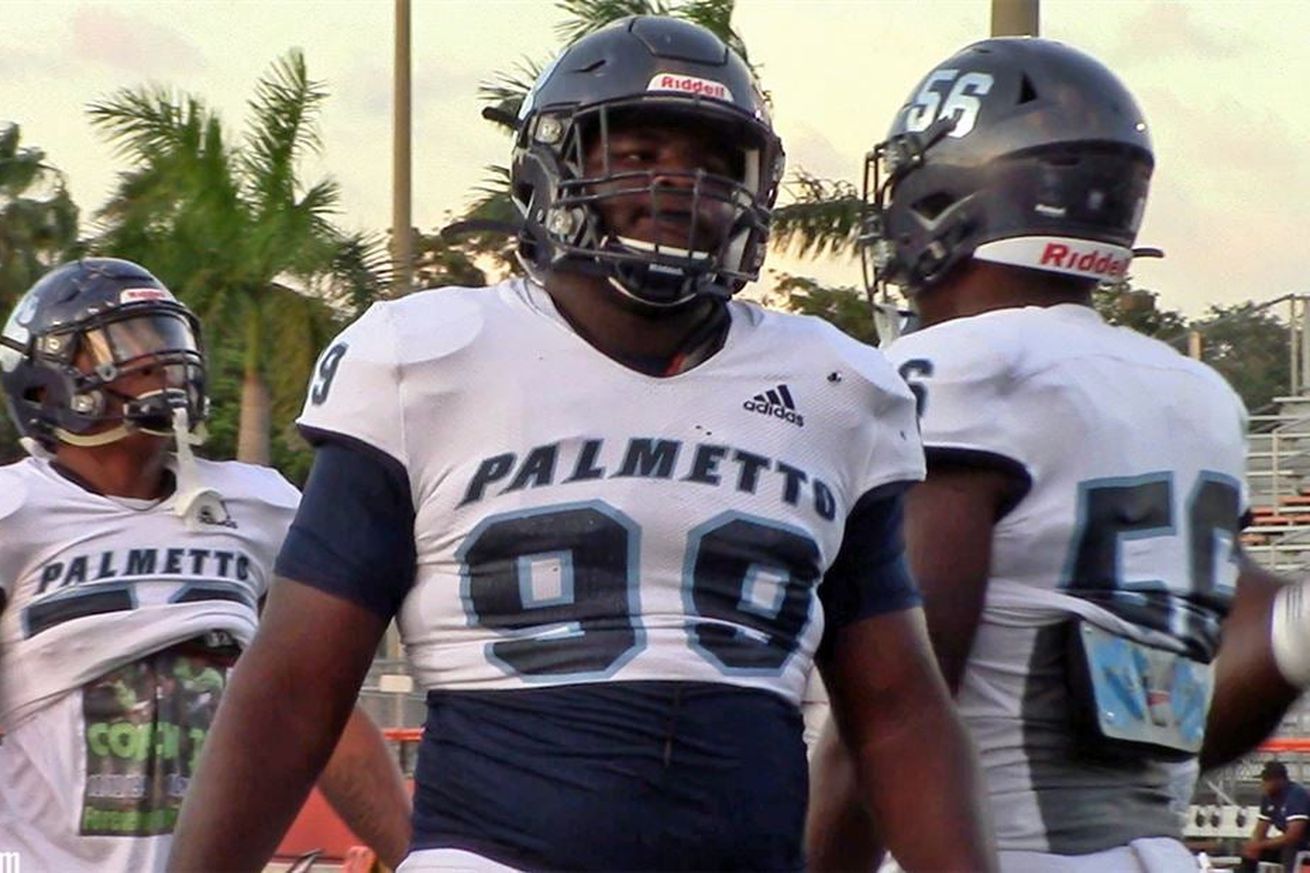 Plus more news from Sundays Under Armour Camp

Under Armour hosted they annual camp Sunday which was littered with top talent from the South Florida area.

Some of the top attendees included:

Two more solid reps from Columbus OL Ryan Rodriguez, which drew some praise from a few of the UA guys standing next to me. pic.twitter.com/vWVIPEDgXP

Two really good reps from Columbus OL Ryan Rodriguez. He was at Miami Thursday on an unofficial visit pic.twitter.com/N9fWKCQiiq

You could argue that Rodriguez had the best day of any offensive lineman at the camp and I believe it raised his stock.

He is coming off an unofficial visit to Miami this past Thursday.

Rodriguez said he plans on taking visits to Louisville and Wake Forest in the coming weeks, but that Miami is in a good place with him and that he likes the way they are doing things.

Laurence Seymore had a really good day as well. Good enough to earn an UA All-American Game invite. He was rock solid drills against the same crop of defensive lineman and came away as one of the camps top performers.

“It’s great to be invited,” Seymore said. “I feel this is a great thing. That’s why I committed (to the UAAAG) today.”

Seymore recently received a Georgia offer, but remains on the hook for the Hurricanes.

“I’m committed but keeping my options open,” Seymore said following Sundays work out. He plans to taking some visits in the future, but doesn’t have any on the schedule at the moment.

The second Hurricane commit to grab a UA All-American Game invite was Savion Collins, who joined his teammates Taylor and CB Jason Marshall Jr. as Under Armour All-Americans. Marshall attended the camp, but did not participate in drills.

Collins was disruptive today and physically looks the part of a college defensive tackle.

#Miami commit Savion Collins (@Bigboi1k) going through some drills earlier today. His performance at the UA camp earned him an invite to the @uaallamerica pic.twitter.com/VVYlCp1HEm

I also came away impressed with Thad Franklin.

His size is obviously what sets him apart, but he also made a really great catch in traffic with UA All-American Game invitee and St. Thomas Aquinas LB Jaydon Hood in coverage. Miami running backs usually need to be able to catch the ball, so seeing him make plays like that, on top of him being a great in-between tackles runner, make him a solid prospect.

McLaughlin is large and his frame is an offensive line coaches dream, but he still needs to be polished some. St. Thomas Aquinas LB Dallas Turner, a 4-star 6-4 OLB, blew past him in drills today, but he also had some promising reps. Turner, the 142nd ranked player by 247Sports, won the Big Man Challenge at todays camp.

Miami Northwestern Ja’Corey Hammett showed a bit of what he could do today, but seemed to blend in with the deep defensive front present.

#Miami commit Ja’Corey Hammett with a win on this rep pic.twitter.com/mI8qOiawty

Another prominent attendee was the 2022 class’ #1 overall player Shemart Stewart, who filled in every bit of his 6-6 236 pound frame. The Monsignor Pace product looked larger than most if not all of every single one of the upperclassman at the event. He showed off his strength and speed today and earned a Future50 invite.

Former Miami commit and Plantation WR Jacolby George was really impressive today. He made an incredible one-handed grab in the end zone while draped in coverage, which helped earn him an invite to the All-American Game as well.