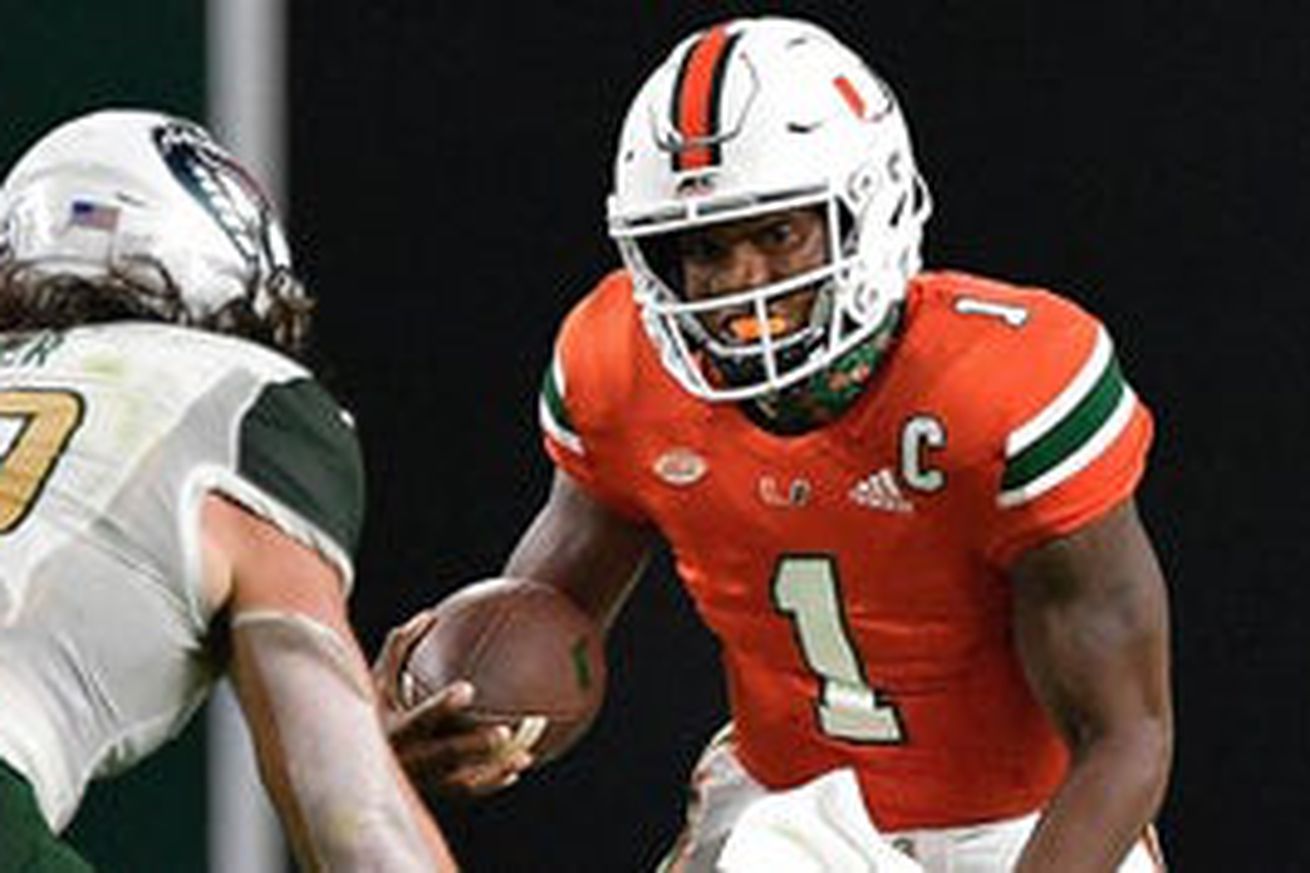 D’Eriq King and Cam’Ron Harris leads the way for the Canes in tonight’s win over UAB.

While they looked sloppy in the first half, the Hurricanes pulled it together in the third and fourth quarter, and defeated the UAB Blazers 31-14.

Feels good to have a game in the win column. pic.twitter.com/RYCC2aHfcD

It was the first game with King at quarterback, and overall, I LOVE IT. King’s stats won’t blow you away, 16-24 passing, 144 yards and 1 touchdown, 83 yards rushing and 1 touchdown, but the stats won’t tell the whole story. He made some incredible throws on the run, and also had a highlight move spinning out of a tackle on a 3rd down. In the third quarter, King engineered a drive that ended with a touchdown pass to Brevin Jordan.

That’s good for 6️⃣! Hope to see this a lot more…

In my opinion, King was pretty darn good, especially when you consider our past QB’s performances. And I think the best is yet to come.

Man, the running game for Miami looked very solid against a good UAB defense, and it all starts with the starting running back. Harris rushed for 134 yards on 17 carries and 2 touchdowns, while averaging 7.9 yards per carry. His first big play came late in the first quarter, with a 66-yard touchdown run. He later added a second score in third quarter, with a 4-yard touchdown run. Harris looked very good tonight, and I’m hoping his injury isn’t that serious.

While the defensive stats haven’t been released yet, you could tell Roche was very comfortable playing in his first game as a Hurricane. He added a sack on the quarterback, his 27th of his career, which makes him FBS’ active career sacks leader. Him and Jaelan Phillips looked solid at defensive line, and pressured the QB and swarmed ball carriers all night.