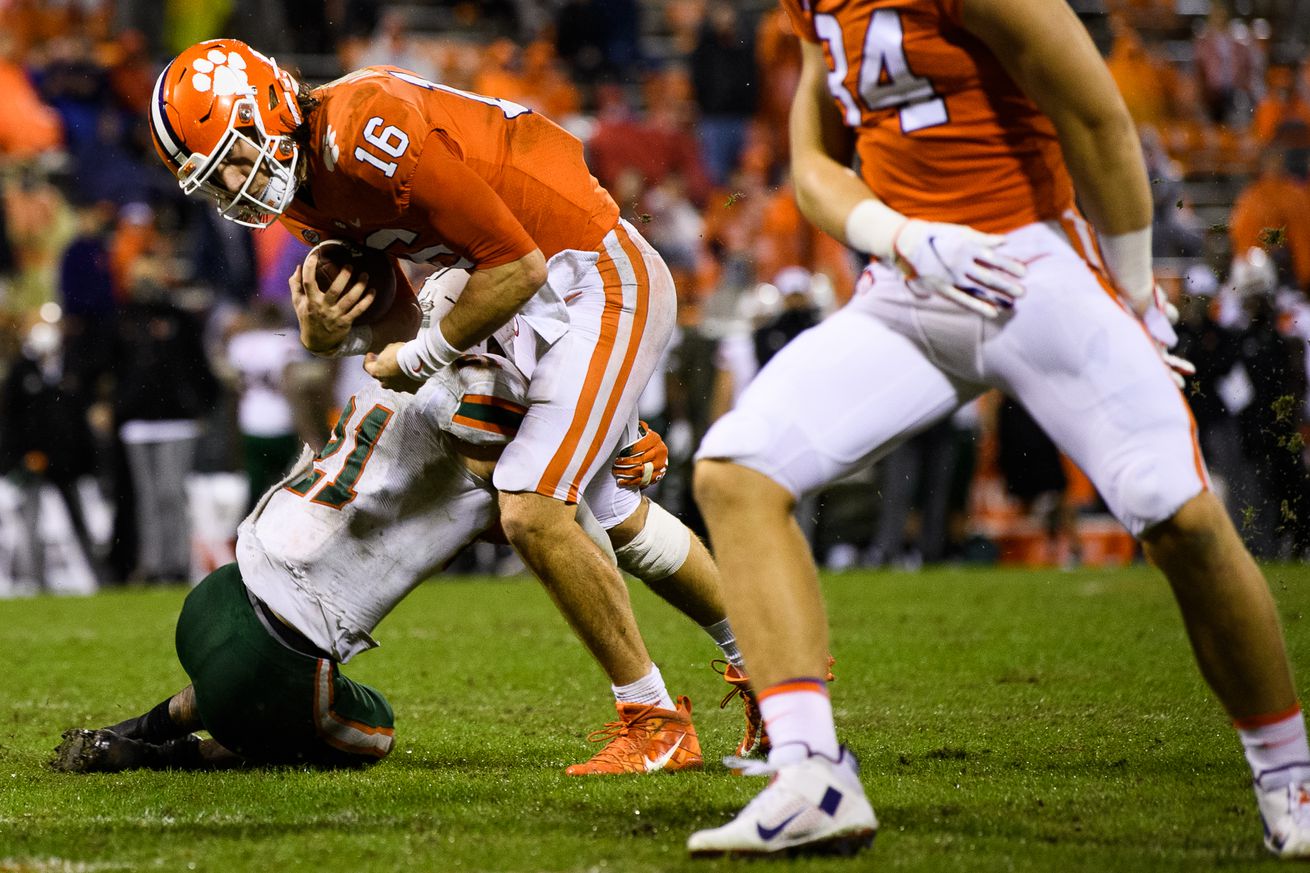 There was not much to applaud for in last weekends matchup with Clemson. Penalties, sloppiness, mental errors, and MORE penalties, destroyed Miami chances of keeping a close game. However, one takeaway Saturday nights game is: Bubba Bolden is one of the BEST safeties in the country.

Miami has a long history of developing some of the most elite players at DB. Ed Reed, Sean Taylor, Bennie Blades, and Antrel Rolle just to name a few. Bubba Bolden has a lot more to do to get on the same level as those Hurricanes legends, but the energy he brings to the defense has been nothing short of exhilarating.

Wow man I ain’t gone lie I like Bubba Bolden. He a warrior! If you ain’t coming like this all game don’t strap up them pads! pic.twitter.com/0z9fNkhdx1

It’s going to take the same intensity that players like Ed Reed and Al Blades brought back in the day for Miami to achieve greatness.

Besides the hype off the field, Bubba has brought the same emotion on the field with very impressive stats. Through 4 games of the 2020 season, Bolden has recorded 27 tackles, 2 forced fumbles, 2 blocked kicks, an interception, a sack, and a pass deflection that turned into an interception. On top of that he’s been named ACC Defensive Back of the Week two times. After a season ending ankle injury in 2019, we’re finally seeing the potential he has

If Bubba Bolden continues to ball out, he’ll certainly draw a lot of draft hype. For Miami to rebound against Pittsburgh this weekend, they are going to need their leaders to step up and bring high intensity.