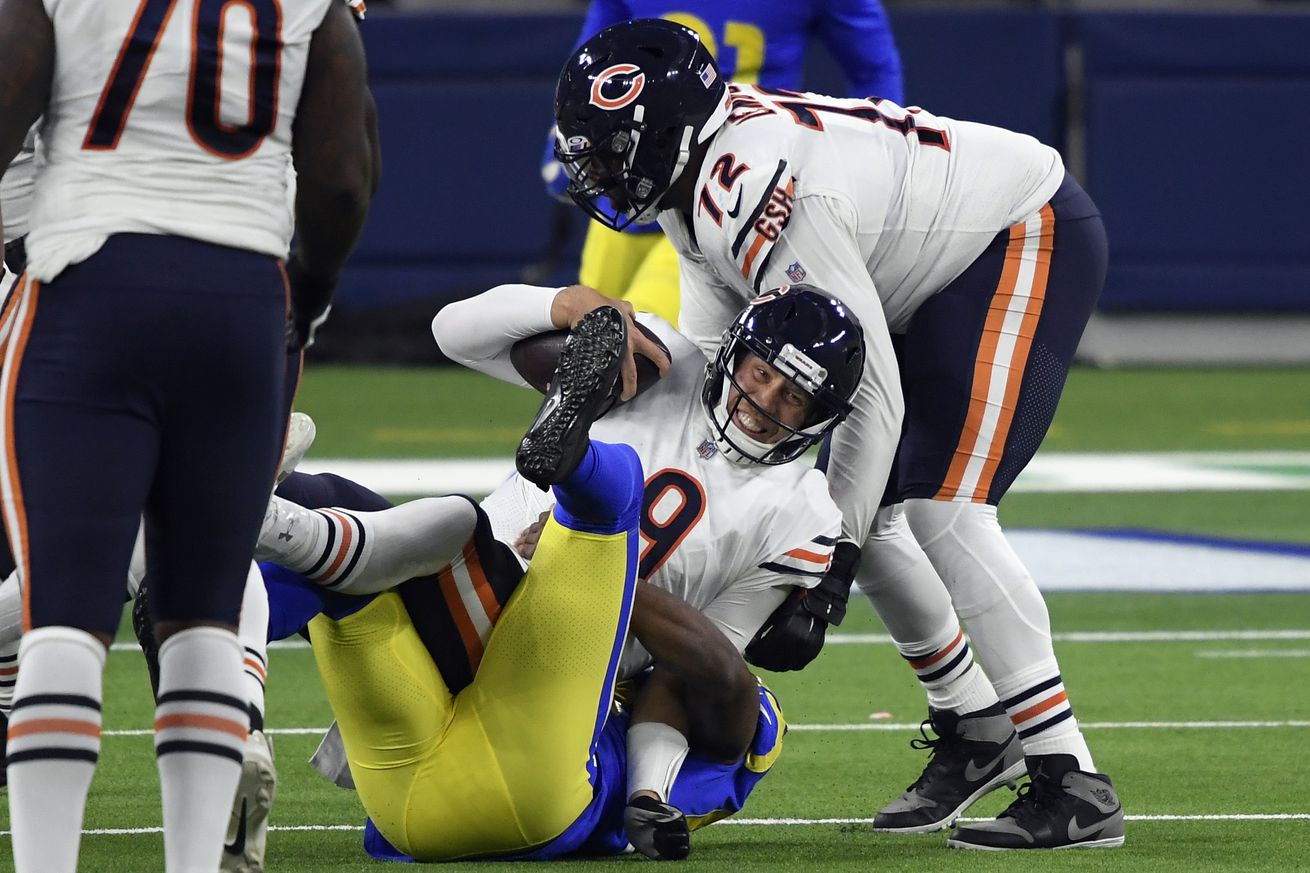 We all remember how exciting the 2016 season was for us, as Dolphin fans. Some of the groundwork for the team’s success that year was laid months earlier, in the draft, when left tackle Laremy Tunsil unexpectedly fell into their laps at the thirteenth overall pick, and GM Chris Grier smartly traded up in the second round to grab Pro Bowl corner Xavien Howard, whom the other team today’s discussion is about — the Chicago Bears — badly wanted.

Finishing 6-10 the year before and having just hired the hot coaching commodity at the time, Adam Gase, the Dolphins would struggle early, losing three of their first four games. But beginning in October, Miami would get as hot as the internationally renowned South Florida sun, and win nine of their final eleven games, crashing the NFL’s postseason party for the first time since 2008. To his credit, Gase shifted gears and slowed down the tempo on offense, playing a run oriented, ball control game, wearing down opposing teams’ defenses and keeping his own defensive unit fresh, thus allowing them to come onto the field and play with a lead much of the time.

But the Dolphins’ 10-6 record would ultimately prove to be fool’s gold; sneaking into the playoffs as the sixth and lowest seeded team (at that time) means that you have to go on the road and play the top seeded team at their place. As has been the case with this year’s Chicago Bears squad, there were warning signs along the way that the Dolphins weren’t anywhere near as good as their record would seem to indicate. Trivia question: which NFL kicker arguably won as many games for Miami when was playing against them as he did playing for them? That’s right — Cody Parkey. Anytime the opposing team’s kicker misses three field goals against you, as Parkey did kicking for the Browns against the Dolphins at home in 2016, but you still need overtime to beat them, you weren’t the better team that day; you were just luckier. NFL kickers don’t miss three field goals in a game and keep their jobs very long. Perhaps fittingly, the Dolphins signed Parkey the following year before he wound up with the Bears in 2018 and helped hand Miami another victory — by missing a field goal in overtime in their home thriller against Chicago that season.

That 2016 edition of the Miami Dolphins would notch at least two more improbable wins over the course of November and December, capped by yet another overtime win, this time in Buffalo on Christmas Eve, which remains one of my all time favorite games by this team. See, even the cranky, irascible Cranehead is still capable of having a little fun! Hey, anytime you can send those loud, boisterous Bills fans home pissed off, when many of them probably had to face a vicious hangover the next day, you better believe I was happy. I still hope they all got home safely, though. After all, it’s just sports.

Many of those same kinds of breaks have been going the Bears’ way for much of this season, which is great, until you have to play against a good, well rounded football team, as the Dolphins found out when they had to play the Steelers at Heinz Field in the playoffs following a Cinderella like regular season. You can rest assured that just like those upstart Dolphins of four years ago, the 2020 Chicago Bears will eventually have to face their comeuppance, and try to regroup next season. Based on what we saw from Miami in 2017, ‘18 and ‘19, it isn’t a whole lot of fun. I certainly don’t envy the Bears or their fans for being in the situation they find themselves in. They’ve apparently already given up on what they believed was their quarterback of the future. I don’t think any of us expect the Dolphins to suffer a similar fate with their high draft pick at that position. That’s the wrap for today, have a great week, everybody.