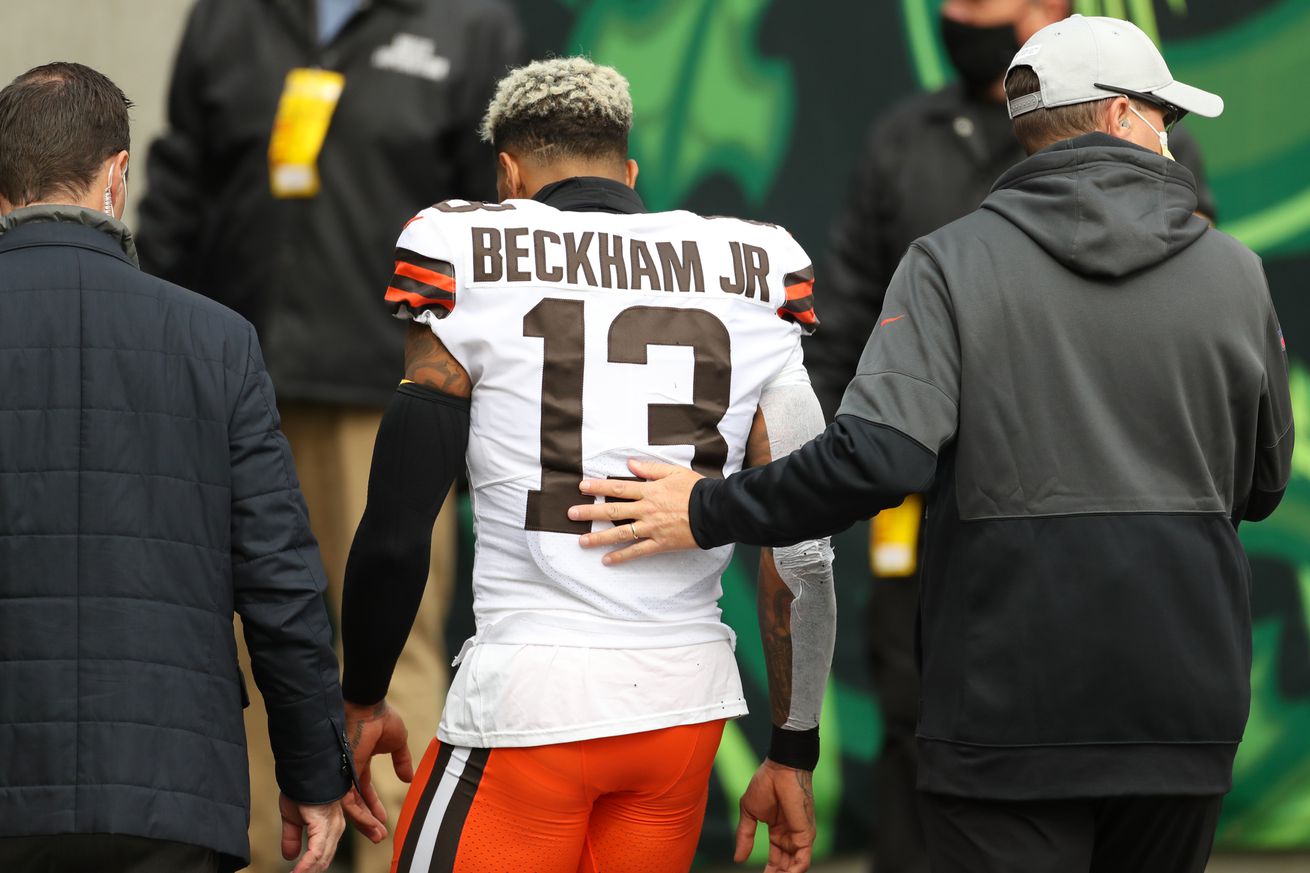 Cam Newton after getting benched: ‘It’s simple. I have to play better.’ – Pats Pulpit
Newton was pulled from Sunday’s game after throwing three interceptions.

Jets open as 21.5 point underdogs to the Chiefs – Gang Green Nation
It should come as no surprise, but the Jets are massive underdogs as they prepare for this weekend’s game against the defending Super Bowl Champion Kansas City Chiefs.

Takeaways: Individual performances help Buffalo Bills in an ugly win over the New York Jets – Buffalo Rumblings
The Bills had some guys step up on Sunday

MVP of the Week: Eric DeCosta – Baltimore Beatdown
The Ravens are on their bye week, but that doesn’t mean that I will not be handing out an MVP award. Baltimore made headlines last week by trading for edge rusher Yannick Ngakoue from the Vikings…

The series of plays during Steelers vs. Titans CBS didn’t show you! – Behind the Steel Curtain
A non-exclusive look at the fabled lost plays from the Steelers Titans game.

Cleveland Browns: Odell Beckham Jr. done for season with ACL injury – Dawgs By Nature
Browns wide receiver’s 2020 season is over after being injured during Sunday’s game against the Bengals.

Incompletions: Texans v. Packers (A Return To Normalcy) – Battle Red Blog
With so much to write and talk about after every game, one person isn’t enough to write about it all, the Masthead joins together and writes about how things usually are, and how they came to be once again.

Stephen Gostkowski’s odd season continues – Music City Miracles
The Titans fell to 5-1 after suffering their first loss of the season against an undefeated Steelers team on Sunday.

Jaguars fight proves fruitless in 39-29 loss to Chargers – Big Cat Country
The Jacksonville Jaguars fell to 1-6 on the season heading into its bye week.

Broncos HC Vic Fangio says only way for Drew Lock to improve is to play – Mile High Report
The Denver Broncos offense is only going to be as good as it quarterback and Drew Lock needs a lot of improvement before this team can win games consistently.

Chargers News: TE Virgil Green to miss several weeks with ankle injury – Bolts From The Blue
The Bolts will be without their backup tight end for the next 3-4 weeks.

The Cowboys need to lose a lot this year in order to grow – Blogging The Boys
Things have to get worse before they get better for the Cowboys.

Packers Week 7 Snap Counts: Kamal Martin’s encouraging debut; where was AJ Dillon? – Acme Packing Company
The Packers got some good looks at their rookie linebacker on Sunday, but didn’t use their second-round running back as much as many expected.

2020 NFL Wide-eyed Chicago Bears visit LA, leave with their dreams crushed after 24 to 10 loss to Rams – Windy City Gridiron
Would you rather win ugly, or humiliate yourself in prime time? The Bears chose the latter tonight and proved they have a lot of room to grow

Playing (and Planning) for Next Season – Daily Norseman
Let’s face facts. At 1-5, the Vikings’ post-season hopes are pretty much nil. Sure they could run the table and end up 11-5, as I predicted pre-season, but that just isn’t going to happen. It’s…

Falcons vs. Lions: 3 Falcons up, 3 Falcons down after sixth loss of the season – The Falcoholic
Fact: Calvin Ridley’s fries dip themselves in ketchup

Monday Morning Optimist: Curtis Samuel can’t play defense on third downs, too – Cat Scratch Reader
D.J. Moore and Curtis Samuel are threatening to give the Panthers an offense? 2020 is weird!

Best and Worst from Week 7: The G.O.A.T. finds his Scooter – Bucs Nation
Another convincing wins has the good piling up, and the bad getting harder to find

49ers injury updates: Jeff Wilson is headed to the IR; Deebo Samuel will miss the next two weeks – Niners Nation
Richie James Jr. has an ankle sprain and is day-to-day

I haven’t received post-midnight EDT texts too often in recent years, but last night was an exception. My friends and family are suddenly very excited…

Rams-Bears: The Good, the Bad and the Difference in LA’s 24-10 win – Turf Show Times
LA could have the NFL’s top defense