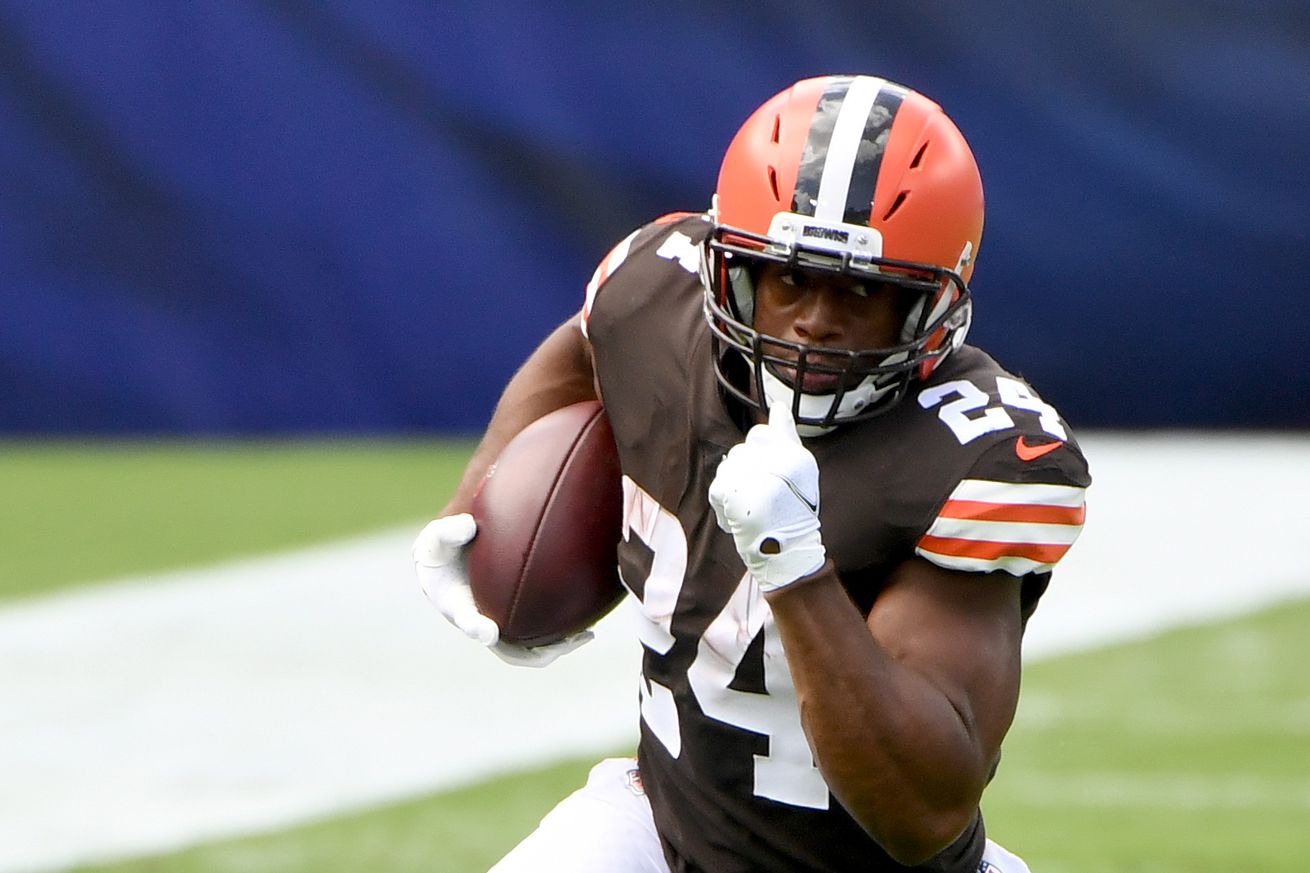 Photo by Will Newton/Getty Images

Quick-hit thoughts on the Patriots’ 30-27 win over the Jets – Pats Pulpit
Two teams stand ready to take the Patriots’ yearly top spot in the division.

Patriots 30, Jets 27: Say It Ain’t So, Joe – Gang Green Nation
The New York Jets have found many ugly ways to lose this year. On Monday Night Football against the New England Patriots, the Jets found the most excruciating way to lose this year. The Jets…

AFC Playoff Picture: Despite big win, Buffalo Bills don’t gain any ground – Buffalo Rumblings
The top of the AFC is still the same.

Ben Roethlisberger injured both knees, Steelers say he will play Sunday – Behind the Steel Curtain
The Pittsburgh Steelers franchise quarterback got banged up vs. the Cowboys, but is expected to play in Week 10.

Cleveland Browns: Nick Chubb returns from injured reserve – Dawgs By Nature
Browns welcome back their top running back after missing Chubb for the past four games.

Incompletions: Texans v. Jaguars (There’s Something Wrong With Us) – Battle Red Blog
With so much to write and talk about after every game, one person isn’t enough to write about it all, the Masthead joins together and writes about the Texans doing what they always do—beat the Jacksonville Jaguars.

Titans sign Greg Mabin to practice squad and add Matt Orzech to active roster – Music City Miracles
The Titans continue to tinker with their roster as they get ready for Thursday’s battle with the Colts.

Colts Injury Report: TE Doyle Misses Practice As WR Hilton Returns – Stampede Blue
The Indianapolis Colts today released their Monday injury report for week 10 of the NFL season ahead of their Thursday night game. Monday’s practice was a walkthrough so the injury report is only…

Denver Broncos rookie WR Jerry Jeudy: ‘I’m just tired of losing’ – Mile High Report
Everyone seems to know the fix – start faster. But getting it done is the issue.

Chargers News: Week 9 snap counts and notes – Bolts From The Blue
Let’s take a look at the numbers.

TWEET: Taco Charlton updates Chiefs fans on his own injury status – Arrowhead Pride
Charlton confirmed that he fractured his ankle in Kansas City’s game against the Carolina Panthers.

Stephen Jones: Andy Dalton will be starting QB when healthy, Tyler Biadasz out 2-3 weeks at minimum – Blogging The Boys
The Cowboys front office gives some updates on injured players.

Ron Rivera Presser: “Is our franchise QB on the roster?” – Hogs Haven
Ron Rivera answers questions from the media

Do the Packers really have a physicality problem? – Acme Packing Company
Critics accuse Green Bay of struggling against physicality, with an eye on a shoddy run defense and an offense that can bog down facing pressure. But is the dreaded “s word” justified? Yes, just not the one you’re thinking.

Matthew Stafford still counting his blessings despite stressful week – Pride Of Detroit
The Lions quarterback was able to put his stressful week in perspective of a world in crisis.

Saints Make Statement in 38-3 Rout of the Bucs – Canal Street Chronicles
If they keep this up, Saints won’t be flying under the radar much longer

Falcons cut DE Takk McKinley – The Falcoholic
The veteran pass rusher was likely in his final year in Atlanta, but after the team decided not to trade him this is a bit of a stunner.

Five winners from the Panthers’ 33-31 loss to the Chiefs – Cat Scratch Reader
The Panthers lost to the Chiefs in Week 9, but they held their own against the defending champs and almost pulled off a surprising upset.

Bucs Nation reacts to an unexpected loss to Saints – Bucs Nation
Two of the greatest of all time, but only one reigns victorious!

Here’s why Damon Snacks Harrison could make his Seattle Seahawks debut in Week 10 – Field Gulls
On Monday afternoon, Pete Carroll was able to provide injury updates on a handful of players, some of whom left the Seahawks’ loss to the Bills banged up.