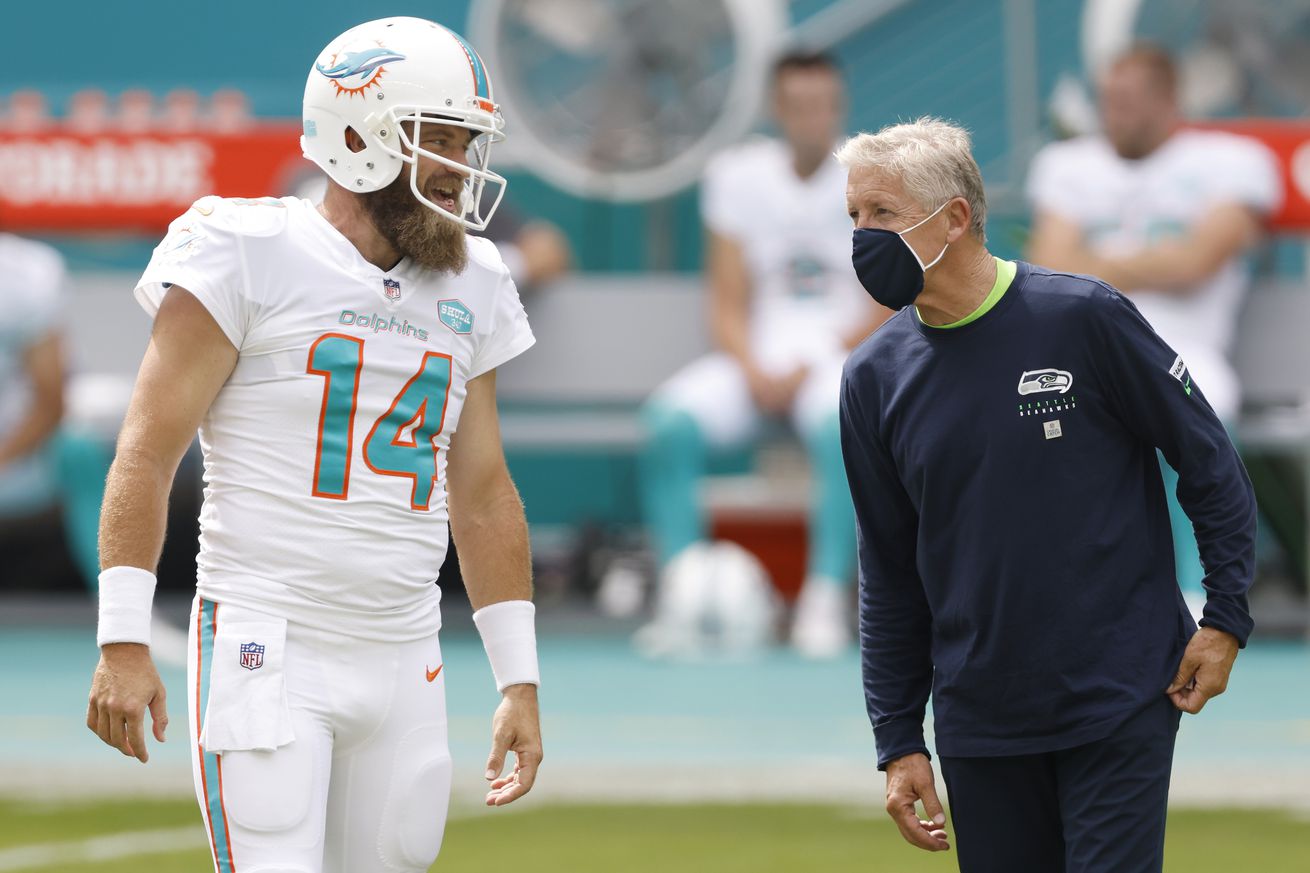 The Miami Dolphins are heading into Week 5 of the 2020 NFL season with a 1-3 record and looking to rebound against the San Francisco 49ers. It has not been a great start to the season for Miami, though it probably has not been as bad as some of the Twitter reactions have made it seem, either.

Whatever the case, today we are going to have a little bit of fun. We have not done this yet this year, but it is time to bring back the “Caption This” series here on The Phinsider. It is a pretty simple thing. We take a look at the pictures from the past week’s game (or sometimes from other games or other weeks) and ask you to caption one in the comments. Again – pretty simple.

Here is today’s picture, with Dolphins quarterback Ryan Fitzpatrick and Seahawks coach Pete Carroll. What are they discussing?