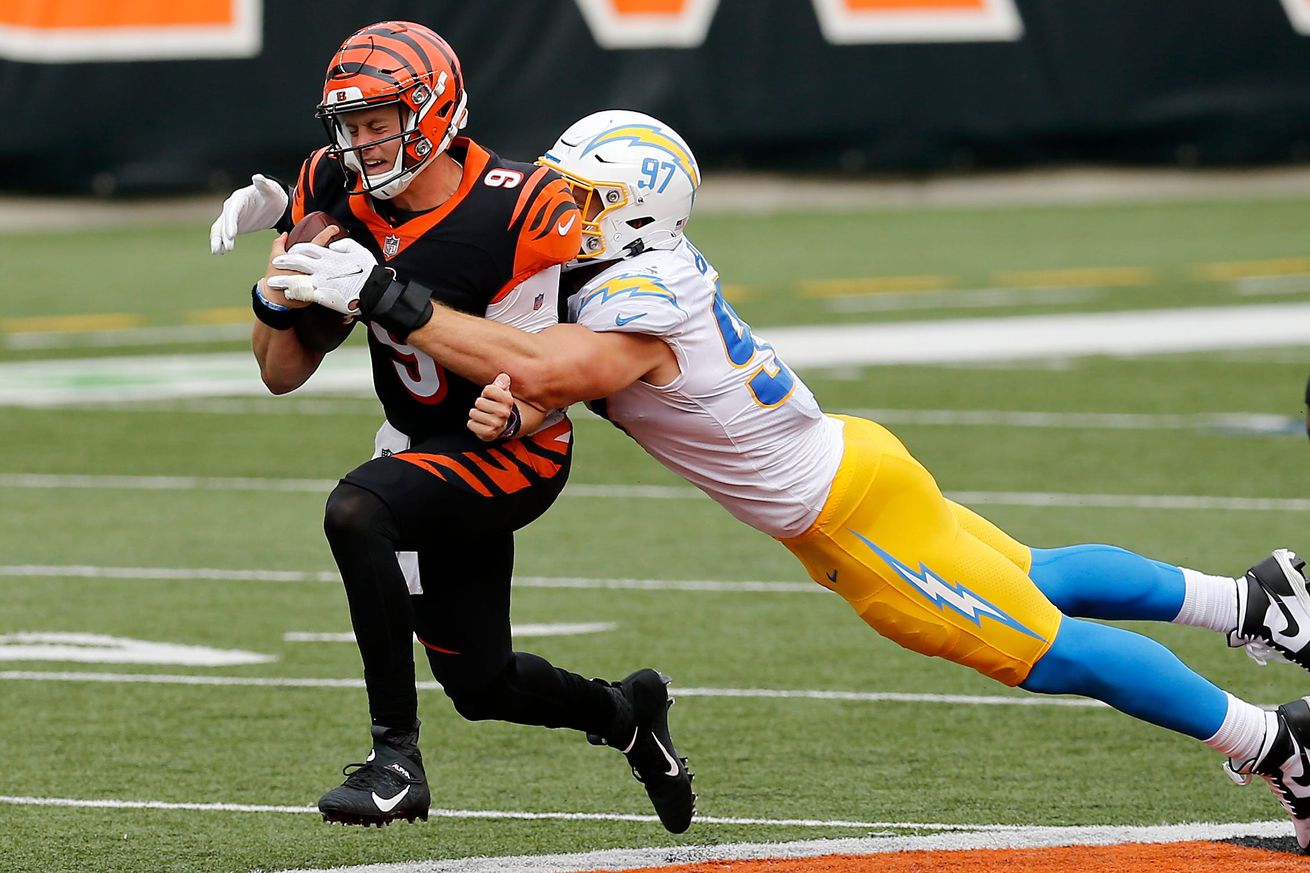 As we’ve all heard by now, the Miami Dolphins are expected to be without defensive tackle Christian Wilkins and linebacker Kyle Van Noy for Sunday’s matchup vs. the Los Angeles Chargers.

Miami won’t be the only team without key players for this week’s game. As we learned a few minutes ago, the Los Angeles Chargers will be without superstar pass-rusher Joey Bosa and running back Justin Jackson.

Usually, I don’t find myself overreacting to another team’s injury report. But in this case, the Chargers will be without one of the best pass-rushers in football. This bodes well not only for Miami’s young offensive line but also for the rookie quarterback Tua Tagovailoa.

I mean, wouldn’t we all benefit from not having Bosa tracking you down for a full 60 minutes? I know I’m good on that unless we’re referring to his father, who did less than nothing for the Dolphins back in 1987-1989.

The Chargers also ruled out running back Justin Jackson, which could mean Kalen Ballage sees his way onto the active roster. And we all know what is bound to happen. He’s either going to have a revenge game—like something we’ve seen countless times throughout the Dolphins’ storied history. OR, he’s going to nothing. I don’t think there’s an in-between.