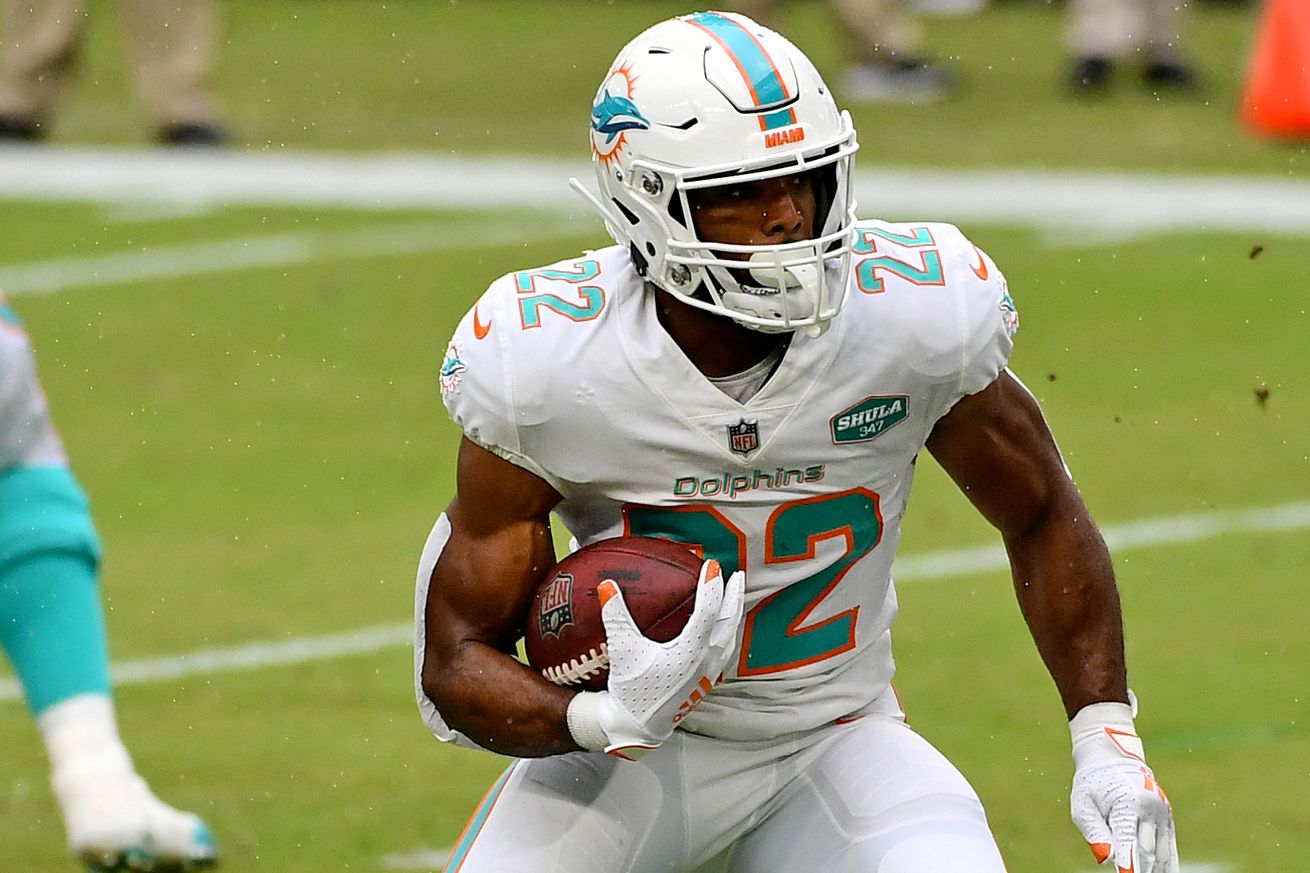 The Miami Dolphins will be without their two free agent acquisition running backs on Sunday as they host the Los Angeles Chargers in a Week 10 contest. Jordan Howard, originally listed as Miami’s starting running back, has fallen out of favor with the team and was inactive for three-straight games before being called back into action last week. He recorded 10 carries for 19 yards and a score last week, but it appears he did not do enough to warrant a second-straight week active on game day.

Matt Breida, who has been the second-string runner all year, has been dealing with a hamstring injury. The issue also caused him to miss last week’s game.

The Dolphins will likely look to Salvon Ahmed and Patrick Laird to serve as the main runners this week.