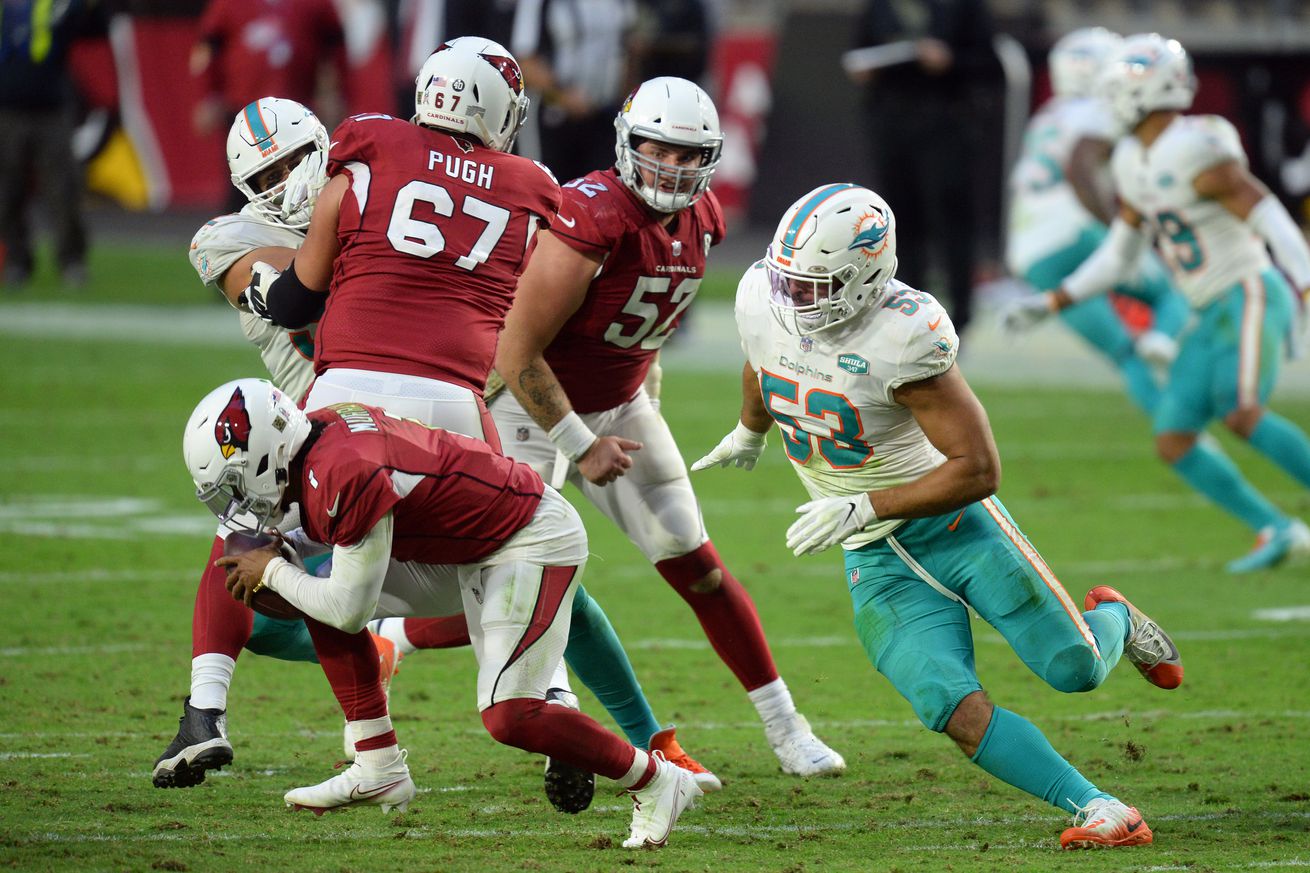 Kyle Van Noy and Antionio Callaway will be active for Sunday’s game against the Chargers.

The Miami Dolphins have activated linebacker Kyle Van Noy and elevated wide receiver Antonio Callaway to the active roster ahead of Sunday’s game against the Los Angeles Chargers.

It seemed that the Dolphins were going to be without Van Noy, who was on the reserve/COVID-19 list, but things have quickly changed just 24 hours before kick off.

We have activated LB Kyle Van Noy off the reserve/COVID-19 list and elevated WR Antonio Callaway to the active roster for Sunday’s game.

Barry Jackson of the Miami Herald reported that Van Noy did not have COVID-19 and the team was hopeful that he would be active for the game. Christian Wilkins, however, will remain on the COVID-19 list and not be active on Sunday.

Van Noy removed from COVID list; as we had reported Thursday, he didn’t have COVID and was hopeful of playing Saturday. Wilkins out tomorrow. Antonio Callaway “elevated” to play tomorrow. #dolphins

The team also elevated Antonio Callaway to the active roster. Callaway played just four games for the Cleveland Browns in 2019 and was waived after showing up late to meetings and practices. At the time of his release he was facing a 10-game suspension.

The Dolphins signed him to the team’s practice squad on Sept. 7, but he still had to serve a suspension. Callaway has five touchdowns in his career and has caught 51 of the 94 targets.

Callaway could be thrown right into action on Sunday after it was announced that Preston Williams was headed to injured reserve, leaving the team thin at wide receiver.

While we were unaware of the Van Noy and Callaway news at the time, be sure to check out the latest edition of Phinsider Radio where we give Sunday’s game a closer look.

Kick-off between the Miami Dolphins and Los Angeles Chargers is slated for 4:05 p.m. at Hard Rock Stadium,