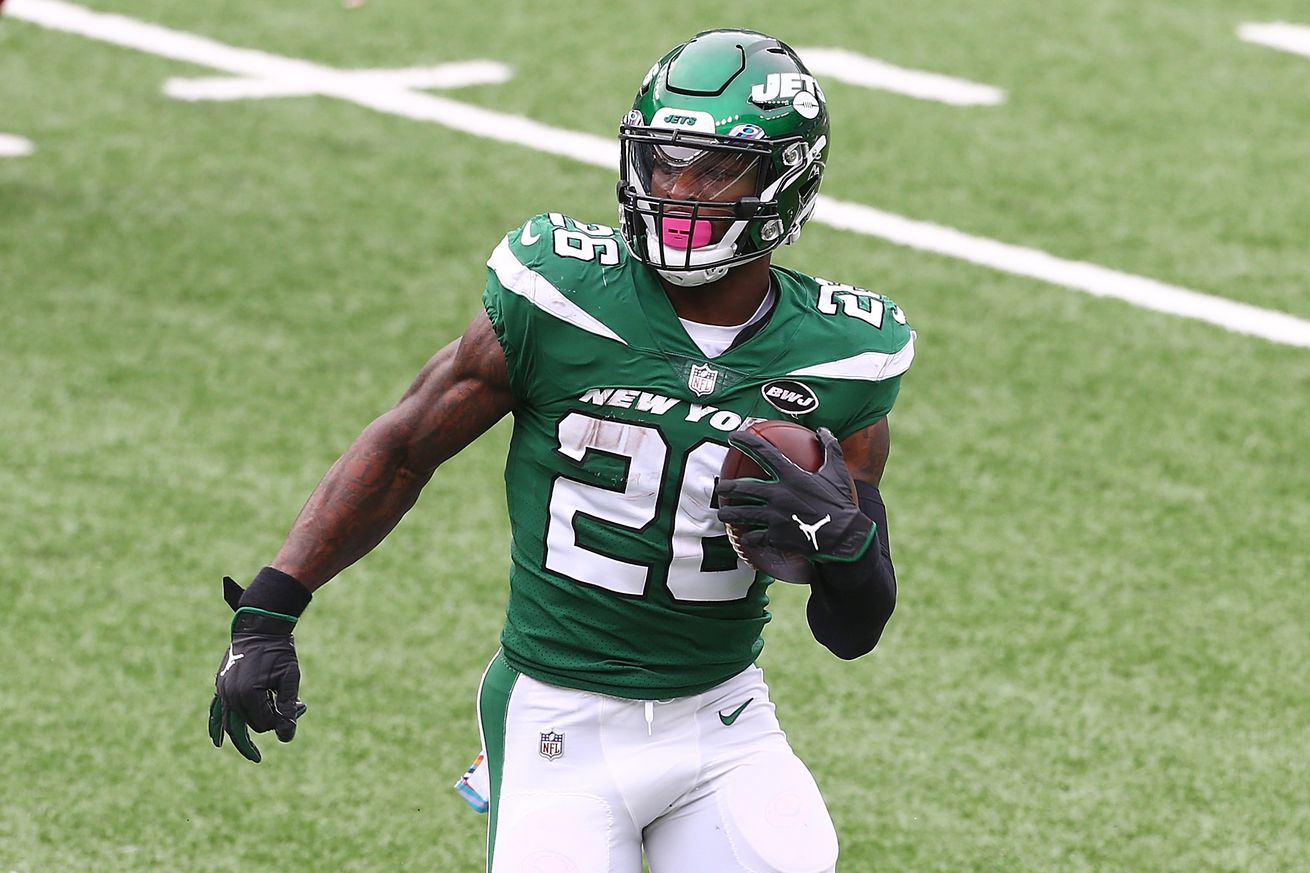 The New York Jets continued their dumpster fire of a 2020 season this week with the release of running back Le’Veon Bell. Signed as a free agent in 2019, the Jets made Bell the second-highest paid running back in the league and he was heralded as the weapon the Jets needed to shore up an offense surrounding Sam Darnold. Things did not turn out that way, and Bell is now back on the free agent market.

And, it appears the Miami Dolphins are among the favorites to land the running back. According to ESPN’s Jeremy Fowler, Bell is expected to make a decision, possibly today, on joining the Dolphins, Kansas City Chiefs, or Buffalo BIlls.

Le’Veon Bell currently plans to sign with one of three teams, per source: Dolphins, Chiefs, Bills. Barring change, Bell will decide among these teams as early as today. Steelers reunion unlikely at this point.

Adding Bell could be a spark to Miami’s running game. Jordan Howard, signed this offseason, has not panned out, ultimately being listed as inactive this past week after gaining 14 yards on 18 carries this season. Myles Gaskin has taken over as the feature back in Miami, and while he has been effective, Bell could add an explosiveness the ground attack is missing right now.

Bell having the Dolphins as a top contender is interesting. The Chiefs are the defending Super Bowl champions and appear set to make a run at a second-straight title. The Bills look like they are among the elite in the AFC and could make a deep playoff push. The Dolphins are a developing team who could make a surprise push for a Wildcard position this year. Bell would likely see the most playing time in Miami – and maybe a one-year prove-it deal is what he wants so he can hit the free agency market next year for another big payday, which would make the higher playing time location the preferred destination – but they do not seem to be as likely to win right away.

Whenever Bell signs with a new team, he will have a five-day COVID-19 quarantine period before he will be able to play. That would mean, unfortunately, if Miami were to sign Bell, he would likely not be able to play this weekend – when the Dolphins are hosting the Jets.

The Jets will still play the Dolphins again this season, plus still have the Bills and Chiefs on their schedule. Bell could be looking to show his former team exactly what they had and did not properly use.