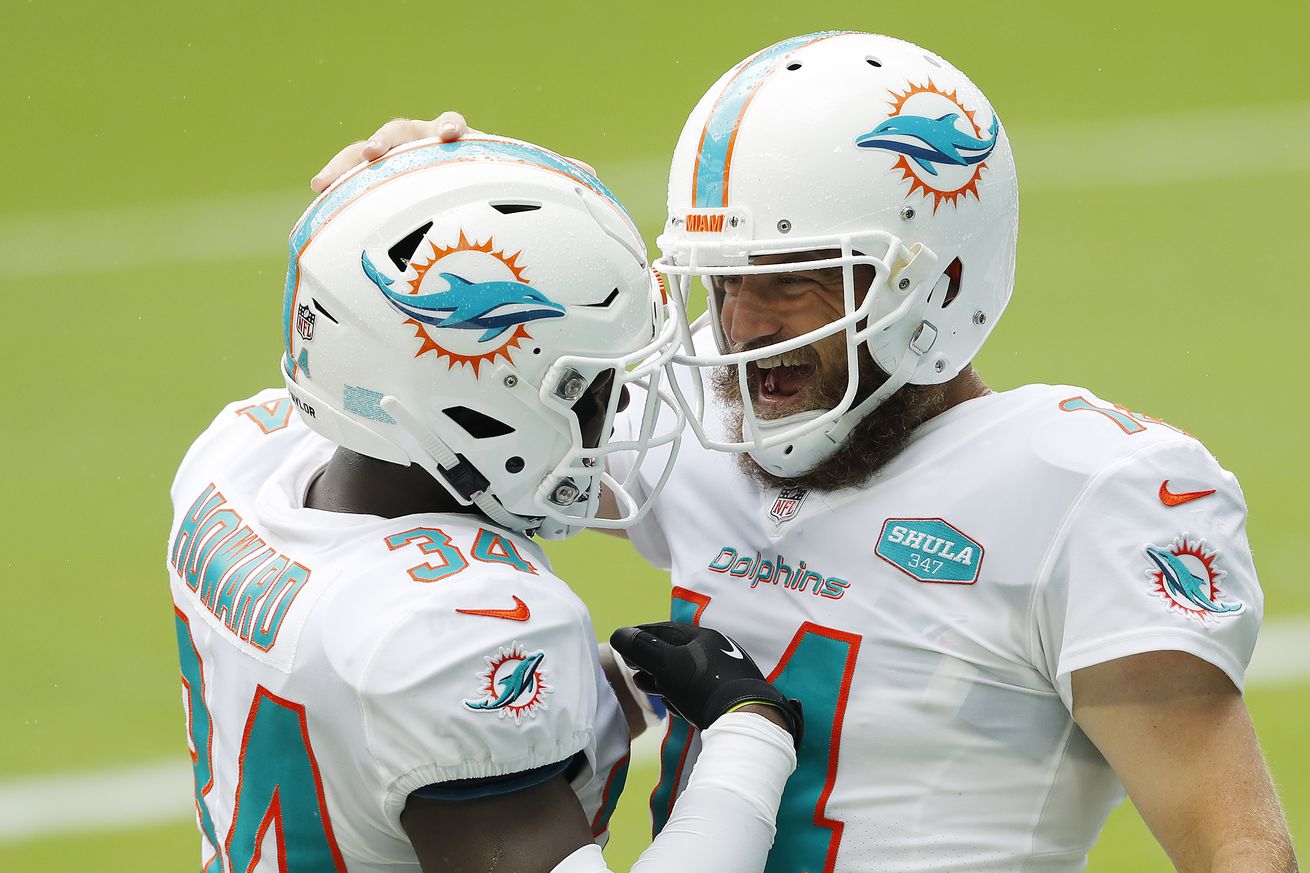 One of the top offseason moves for the Miami Dolphins this year was the addition of free agent running back Jordan Howard. Signed to a two-year, $9.75 million contract, Howard was named the top running back on the Dolphins’ depth chart coming into the 2020 season and it appeared, in a position group including Matt Breida, the Dolphins were set to finally improve their running game.

Except, Howard has yet to play up to that level this year. Myles Gaskin replaced him as the true number one running back on the roster, and Howard has been stuck in neutral for much of the season. In the first four games of the year, Howard has only carried the ball 18 times, picking up just 14 yards. He does have three touchdowns, scoring in short-yardage situations, but it has not been the performance expected when Howard signed.

And now he has fallen low enough that he is not even active on game day. Howard was a surprise addition to the Dolphins list of inactive players for Sunday’s game against the San Francisco 49ers. Miami will play with just Gaskin, Breida, and Patrick Laird at running back.

Also listed as inactive are wide receiver Malcolm Perry, running back Salvon Ahmed, defensive end Jason Strowbridge, tight end Durham Smythe, and defensive end Shaq Lawson. Smythe and Lawson were both ruled out of the game on Friday due to knee and shoulder injuries, respectively.

The Dolphins and 49ers will kickoff from Levi’s Stadium in Santa Clara, California at 4:05pm ET.