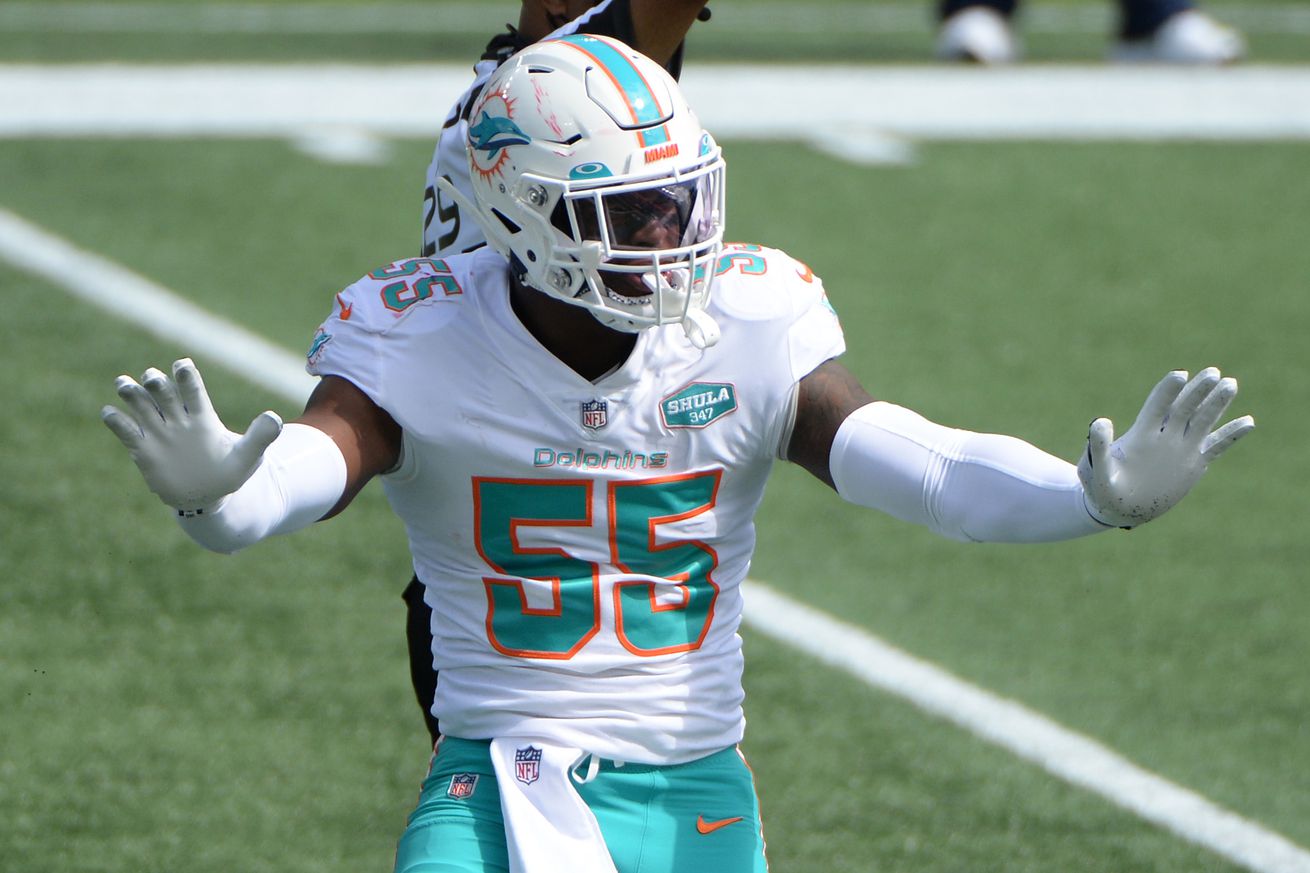 The Miami Dolphins lost 21-11 on Sunday, dropping to 0-1 on the season at the hands of their AFC East division rivals, the New England Patriots. It was a game full of frustration for Dolphins fans as the offense never seemed to find a rhythm and the defense struggled to stop the run. Football is a team game, and the Dolphins definitely lost as a team, but there were some strong individual performances on the day.

The first “game ball” being given out this week is for linebacker Jerome Baker. It was not a perfect performance for Miami’s every-down linebacker, but it was a really strong one. He got lost in coverage a few times, but most of the team seemed to get lost in coverage throughout the game. Baker made some nice plays, including the forced fumble to prevent a touchdown and a sack of Cam Newton. He actually had another goal line play to stop Newton from reaching the endzone, but even though replay seemed to show Newton out of bounds before crossing the goal line, the referees did not overturn the call. Baker’s 16 tackles equaled Miami’s next two leading tacklers combined, with Brandon Jones recording ten and Christian Wilkins tallying six. It was a good game – with some room for improvement – for Baker.

The second game ball goes to defensive tackle Christian Wilkins. The Dolphins’ 13th overall pick in 2019 looked like a player who should have been selected that early in the NFL Draft. He recorded those six tackles, including a sack and another tackle for a loss, along with two passes defensed. Wilkins was a force on the defensive line in a game where there was not a lot of force on the defensive line for Miami.

The final game ball for this week goes to running back Myles Gaskin. While the offense struggled throughout the day, Gaskin showed flashes in a surprising performance for a player expected to be buried on the depth chart. Gaskin carried the ball nine times for 40 yards, both team highs, as well as tying DeVante Parker for the high in receptions with four, with Gaskin picking up 26 yards. There was not a lot to like on Sunday for Miami’s offense, but Gaskin’s performance definitely was a pleasant surprise.