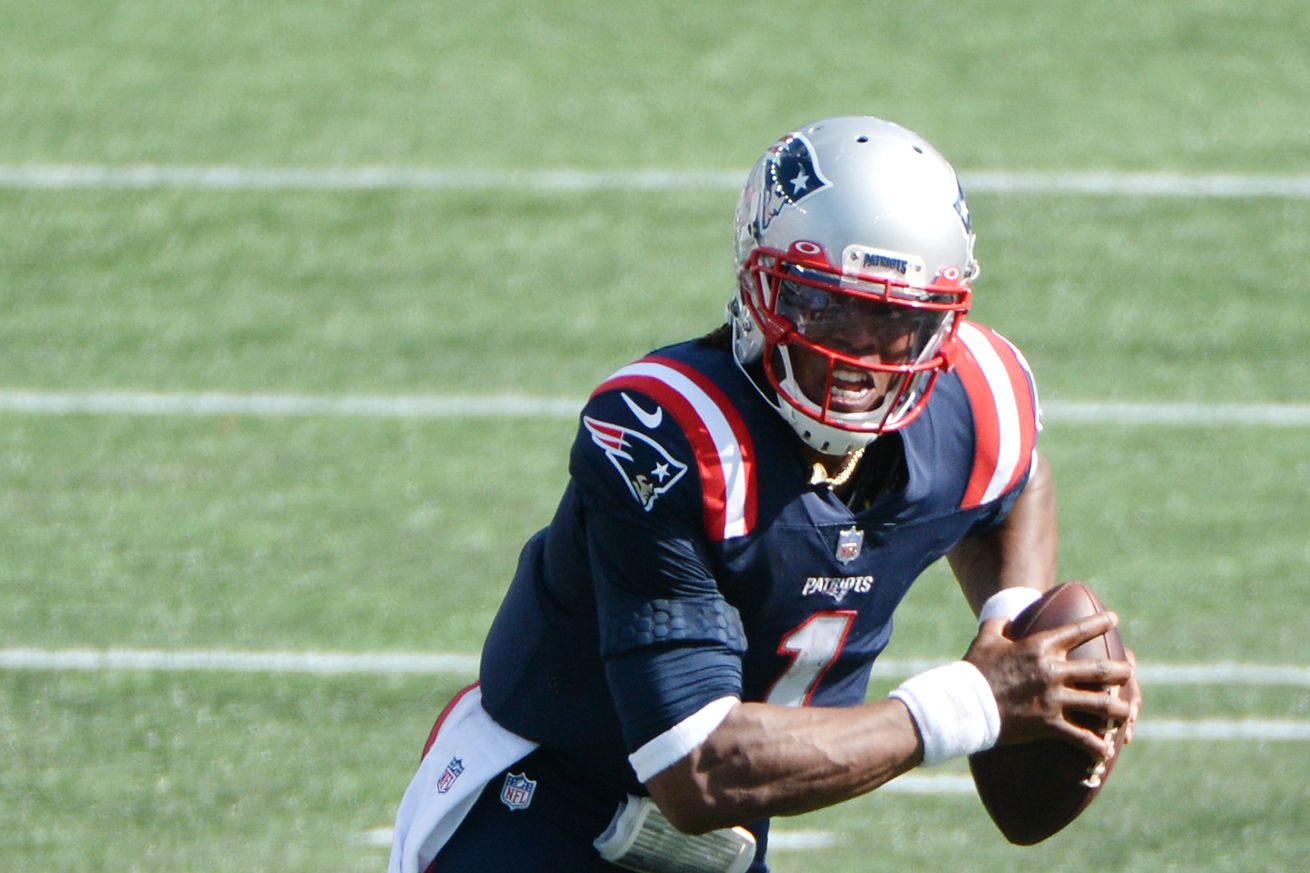 The Miami Dolphins and New England Patriots kicked off their 2020 regular season campaigns on Sunday with a renewal of their AFC East rivalry.

The game started slowly for both teams, with Miami going three-and-out on the opening possession followed by an eight-play, 29-yard drive from New England before they had to punt. The Dolphins then followed that with a six-play, 31-yard drive, ending with another punt.

New England returned to their ground attack on the next drive, a move that Miami could not counter. Rex Burkhead, Sony Michel, James White, and Cam Newton all took turns carrying the ball, with all of them finding success. Going through the end of the first quarter and into the second period, the Patriots were able to put together an 11-play drive, going 80 yards, capped with a four-yard run from Newton for a touchdown. Patriots 7-0.

The Dolphins looked to answer, starting with a 14-yard pass from Ryan Fitzpatrick to DeVante Parker. The drive basically stopped there, however, as Miami lost a yard on a pass to Mike Gesicki, then an incomplete pass was backed up by an interception. Fitzpatrick looked toward Preston Williams, only to have the receiver slip just as the ball was thrown and Stephon Gilmore made the catch.

Miami was able to hold the Patriots to a three-and-out after the turnover, however.

The Dolphins finally found some rhythm on offense, with Myles Gaskin and Matt Breida highlighting the team’s work on the ground, while Fitzpatrick was able to find Williams and Parker for big gains. The Dolphins were forced to settle for a field goal, however. Patriots 7-3.

After another three-and-out from the Patriots, Miami again looked like they were going to push down for a score. Gaskin continued to pick up yards both on the ground and through the air, while Jakeem Grant made a great play where he was stopped short of the first down marker on a 3rd-and-5 pass, but he was able to bounce off the hit, turn back upfield and get past the marker to keep Miami’s drive alive. It ended on the next play, however, as Fitzpatrick threw the ball straight to Adrian Phillips for another interception with just 25 seconds remaining in the half.

New England was able to move the ball back into Miami territory after the pick, going 29 yards on six plays. Nick Folk lined up for the 45-yard field goal attempt but pushed it wide right. After a Miami kneel, the game reached halftime.

The Patriots deferred in the first half, receiving the kick to start the second half. They made the most of the possession, moving 80 yards in just 4:46, with Newton working short passes over the middle to Julian Edelman for much of the drive. Newton finished it with an 11-yard touchdown run, pushing the Patriots lead out to 11. Patriots 14-3.

Miami responded with a quick three-and-out possession, giving the ball back to the Patriots

New England again went into attack mode, picking up big gains both through the air and on the ground. Miami’s defense looked confused and out of position way too many times during the drive. Newton’s options kept the Dolphins off balance throughout the drive. The Patriots appeared to be given a gift on a 1st-and-10 play from the Miami 20-yard line as a phantom roughing the passer penalty moved them up to 1st-and-Goal. The next play, however, saw Netwon find N’Keal Harry across the middle, with linebacker Jerome Baker chasing him down and stripping the ball just shy of the goal line. The fumbled ball rolled into the endzone and out of bounds, giving possession to the Dolphins on a touchback.

The third quarter ended after three Miami plays and the Dolphins facing a 3rd-and-2 situation. Reports also indicated wide receiver DeVante Parker was questionable to return with a hamstring injury. Gaskin got stood up at the line of scrimmage on the third-down play, leading to Miami going for it on fourth down. Fitzpatrick looked toward Williams downfield on the 4th-and-2 attempt, with Stephon Gilmore called for pass interference as he tackled Williams before the receiver could make the catch. After another big gain on a pass to Gesicki, Miami returned to the ground game, with Breida picking up five yards, then four yards, then Fitzpatrick keeping it for two yards. Another defensive pass interference penalty set up Miami with 1st-and-Goal from the one-yard line. After two Jordan Howard rushes came up short, they went back to him for a third time, leading to the score. The Dolphins then attempted the two-point conversion, with Fitzpatrick dropping back to pass, scrambling left, cutting back right, and walking into the endzone. Patriots 14-11.

New England went back to the run game on the next possession, including a 23-yard run from Edelman on an end-around, compounded by a late-hit penalty on Baker to move the Patriots from their 25-yard line to the Miami 37-yard line. Working the ball to the Miami 10, the Patriots faced a 3rd-and-6, with Newton running for five yards. On 4th-and-1, Newton ran for four yards, setting up 1st-and-Goal from the one. Sony Michel finished the drive with the one-yard score. Patriots 21-11.

The Dolphins worked their way back down the field, assisted by another pass interferecne call on Gilmore. On 3rd-and-6 from the 10, Miami needed either to get the touchdown, or go for the field goal on fourth down to bring the game to within a score. Instead, the referees completely ignored Mike Gesicki being mugged in the endzone, with the Patriots coming away with their third interception of the day.

New England ran out the clock after that.

Miami’s defense struggled against the run all day. Part of that can be attributed to not having any film on the Newton-led Patriots, but they also have to step up, fill holes, and make tackles. The preseason could have helped some of this, and, honestly, Raekwon McMillan could have been an asset today, but they can get neither of those back now, so they have to solve the problem, and they have to solve it quickly.

The offense had some good moments, but the three interceptions and the stagnation at times will be the main takeway from Sunday. Fitzpatrick had the ups and downs that have followed him his entire career. The loss of Parker to a hamstring injury did not help the offense in any way.

Curious as to why Breida was sidelined for so long on the day. Head coach Brian Flores will likely be asked about that after the game.

Gaskin looked good, both as a runner and as a receiver.

Baker led the team with 17 tackles, seven more than anyone else, and made two great goal line plays, including one that should have stopped Newton short of the endzone. The strip at the goal line was great. But, he also let himself get worked up some, and it resulted in penalties. He needs to bring it down just a little.

Wilkins is a beast.

Van Noy was troubling on Sunday, but that could also be because no one knew how to deal with Newton and what New England was doing. He just looked lost on some plays. We will see how he looks next week.