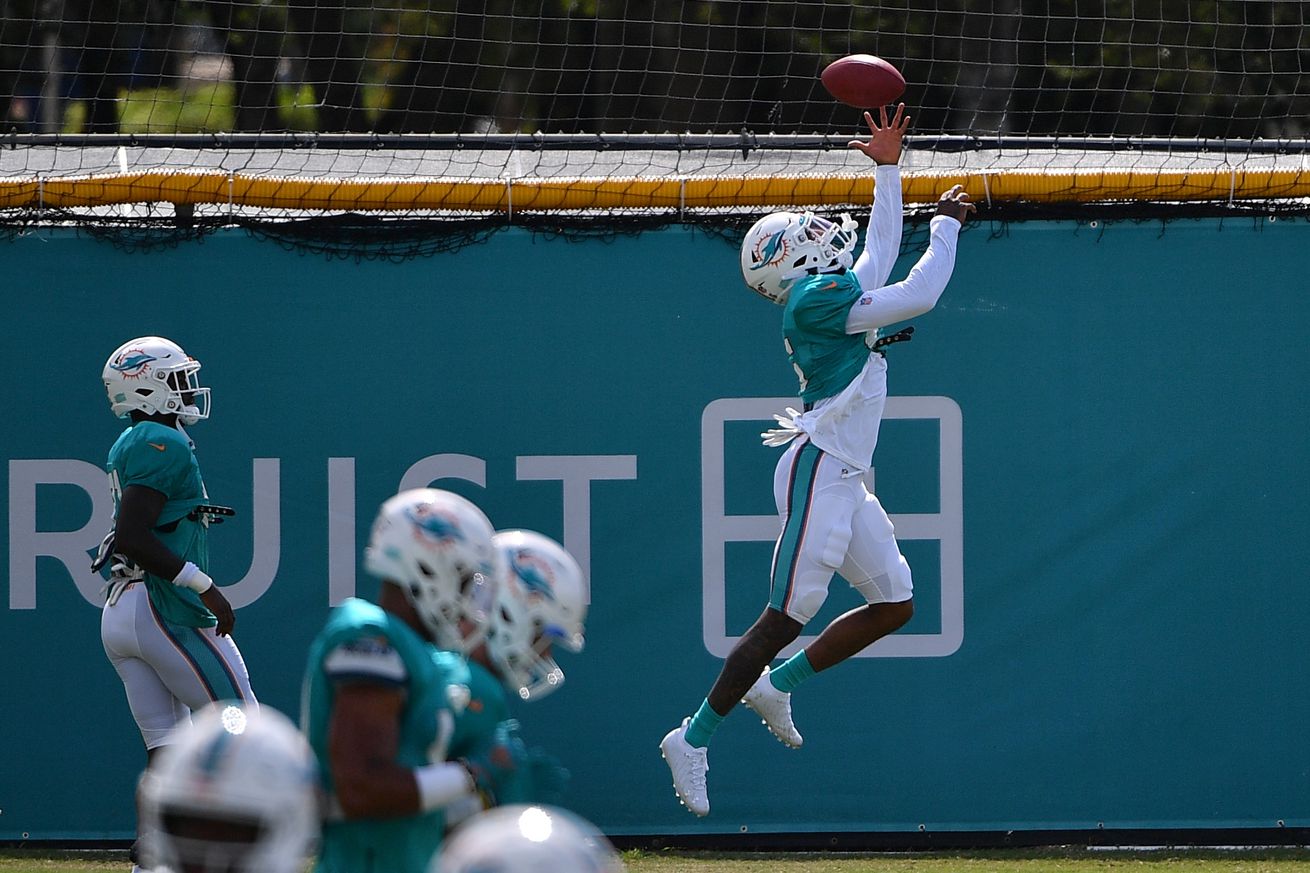 The Miami Dolphins kick off their 2020 regular season with a visit to the New England Patriots this Sunday. As we progress toward the NFL getting back underway, the administrative side of the game has started to kick in as the teams released their first injury reports of the year. For the Dolphins, several key starters were listed on the report.

Both sides of the football saw players limited in their practice work on Wednesday for Miami. On offense, tight end Mike Gesick was limited with a glute injury, while wide receivers DeVante Parker (hamstring) and Preston Williams (knee) also missed at least some part of the practice. On the defense cornerbacks Xavien Howard (knee) and Byron Jones (Achilles) and linebacker Kyle Van Noy (hand) were all limited.

Miami listed quarterback Tua Tagovailoa on the injury report for his hip, but he was categorized as a full participant.

As for the Patriots side of the report, offensive lineman Yodny Cajuste and linebacker Cassh Maluia were both non-participants in practice due to knee injuries. They also saw wide receiver Julian Edelman limited due to a knee issue, while wide receiver Gunner Olszewski (foot) and defensive lineman Chase Winovich (shoulder) were also limited participants.

The Dolphins and Patriots kickoff at 1pm ET on Sunday.