The Miami Dolphins have had a majority of their defensive starters on the field through the first four weeks of the season, but cornerback Byron Jones has been noticeably absent.

Jones underwent offseason Achilles surgery which ultimately landed him on the PUP list to start the season. This meant that Jones wouldn’t play through Week 4 and would be eligible to make his debut in Sunday’s matchup with the New York Jets.

However, according to head coach Mike McDaniel, Jones isn’t ready to return to action.

“Byron will not begin the 21-day,” McDaniel said. “We’re still going to take our time with it. It’s not progressing as fast as we, obviously had hoped from the spring into the summer, but there hasn’t been a major setback or anything. We mean what we say, I won’t put a dude on the field unless he has complete stability. There’s too many other risks that can happen around other people.”

If Jones returns to practice he would have a 21-day window where he’d have to be activated, or he would be out for the season.

Miami is being extra cautious with the cornerback and making sure that he’s fully ready to go when he steps out on the field at the Baptist Health Training Complex.

For now, the Dolphins will rely on guys like Kader Kohou and Nik Needham to continue stepping up and filling that hole.

News and notes ahead of Dolphins-Jets matchup 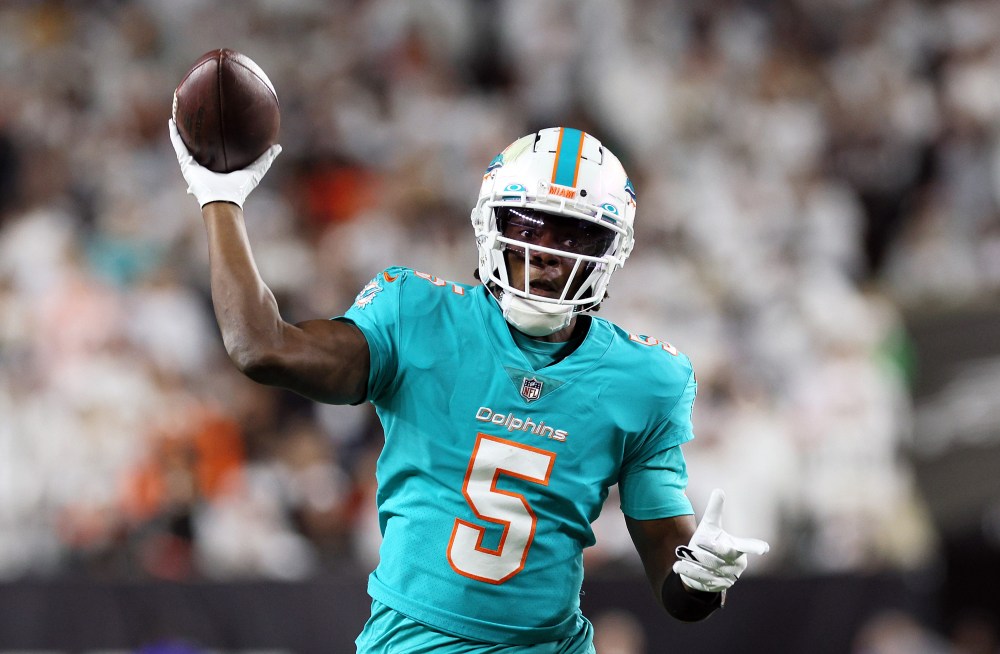