Former NFL quarterback-turned-analyst Chris Simms has been quite vocal with his opinions on Miami Dolphins quarterback Tua Tagovailoa. In his annual list of the top 40 quarterbacks, Simms listed Tagovailoa at No. 29, only ahead of Jared Goff, Davis Mills and Drew Lock for starters.

So, it wasn’t all that surprising to see what Dolphins fans did when he opted to start a Twitter poll this offseason that asked the question – which quarterback/coach duo would win in a street fight?

Tagovailoa and his head coach, Mike McDaniel, were the 32nd seed in the tournament-style poll. On their way to the championship they took out Ryan Tannehill and Mike Vrabel, Carson Wentz and Ron Rivera, Jameis Winston and Dennis Allen, and Joe Burrow and Zac Taylor.

In the finals, they were pinned against a strong opponent, both in terms of this exercise and the fanbase, as Bills Mafia stood in their path. However, after 27,970 total votes, Tagovailoa and McDaniel were victorious, earning 54.9% of the vote.

Super Brawl championship match
Who would win in the ring?

This is genuinely a hilarious moment for Dolphins fans, and maybe the group of Tagovailoa defenders that go by “TuAnon,” to troll Simms after he’s gone after their quarterback over the last year.

2022 Dolphins positional preview: There’s a QB rostered for each role 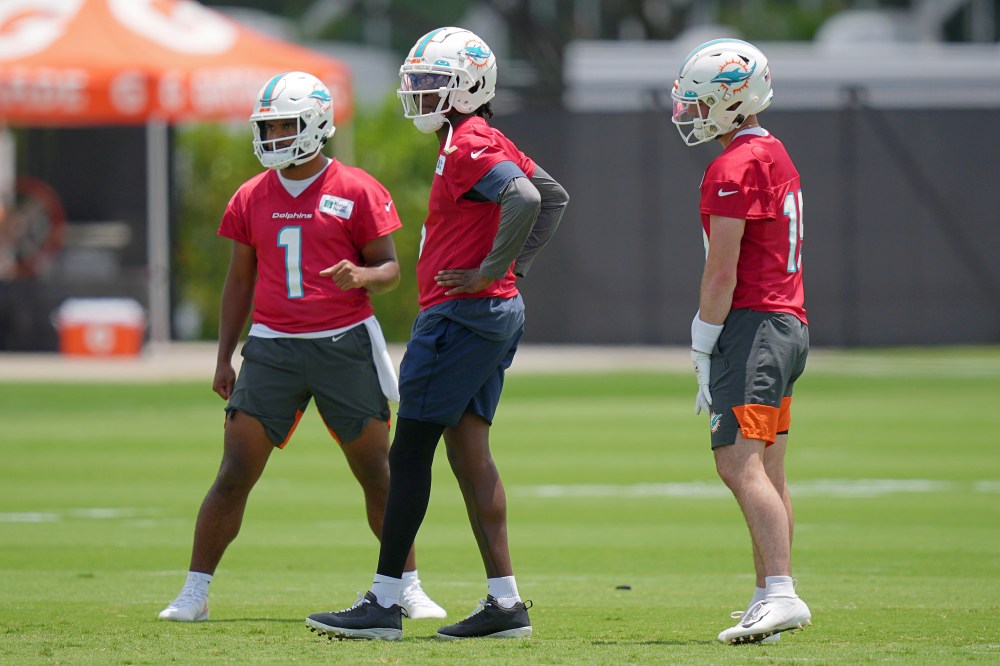