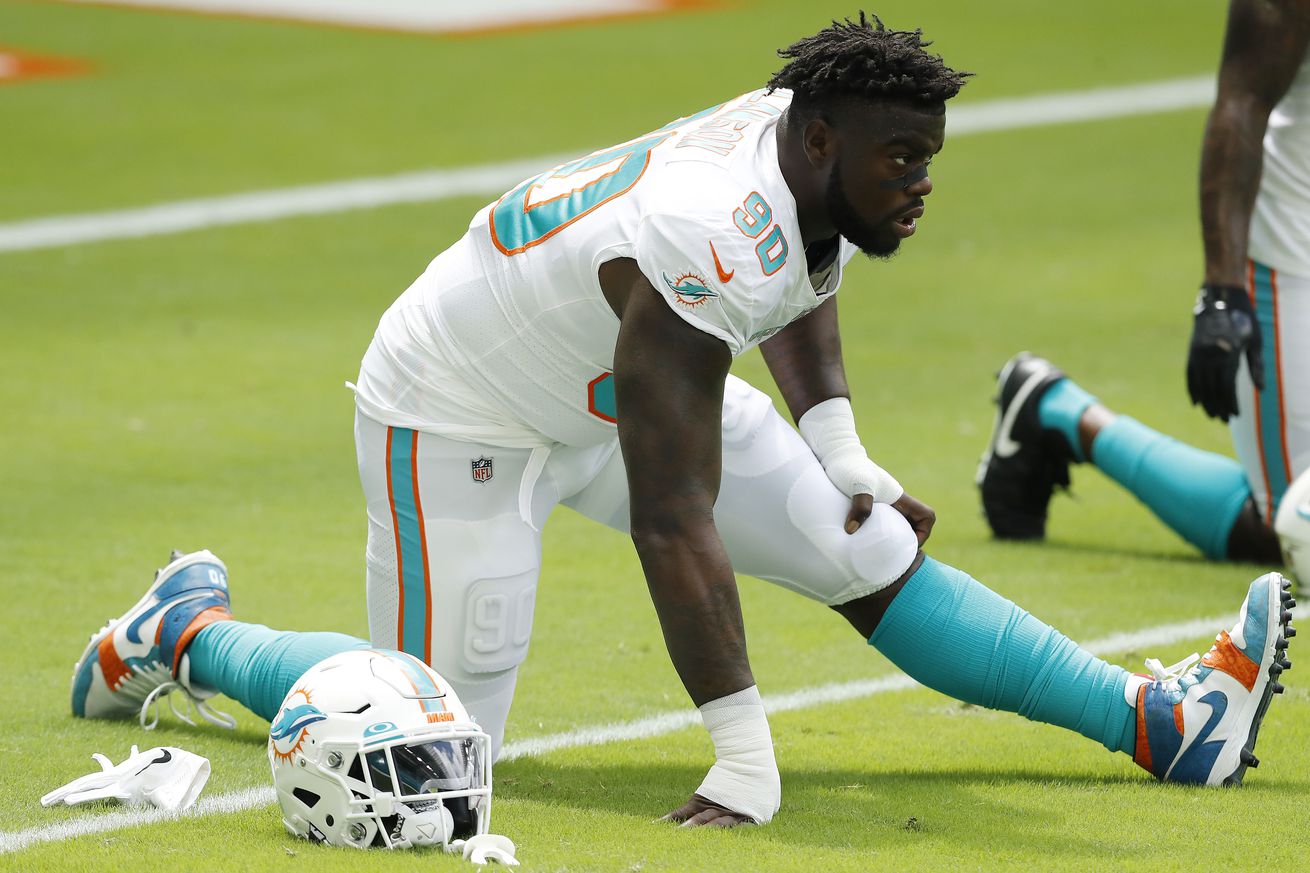 The status of one of Miami’s top pass rushers is up in the air.

The Miami Dolphins are heading into Sunday’s contest against the winless New York Jets aiming to get to 0.500 for the first time in the Brian Flores era. Per the team’s Friday injury report, Flores may need to do so with his team at less than full strength. Aside from the fact that starting defensive tackle Davon Godchaux was recently placed on injured reserve, the Dolphins have several players with a questionable injury tag headed into this week’s game.

Shaq Lawson (shoulder) was injured in Miami’s Week 4 loss to the Seattle Seahawks and was forced to sit out last week’s win over the San Francisco 49ers. After getting in limited practice sessions all week, Lawson is questionable for Sunday’s game against the Jets. If he can’t go, expect second-year pass rusher Andrew Van Ginkel to continue absorbing more snaps.

Veteran linebacker Kyle Van Noy (groin) is also questionable for this week’s matchup. Van Noy was unable to practice on Wednesday, but returned for limited reps on Thursday and Friday. The coaching staff is currently unsure as to whether Van Noy will be able to suit up, but his injury doesn’t appear to be a long-term concern.

Tight end Durham Smythe (knee) practiced in a limited fashion all week and is questionable for Sunday’s game. Smythe was unable to suit up last week, leaving more snaps available for backup Adam Shaheen. With his increased playing time, Shaheen recorded the first touchdown of his Dolphins career against the 49ers.