The Miami Dolphins are well into 2022 training camp, and second-year stud safety Jevon Holland seems to already be a seasoned professional and team leader.

Seen leading the defensive team stretches, which could be indicative of a leadership designation via post-training camp captain vote, the versatile defensive back is coming off of a tremendous rookie season.

Holland played it down when asked about it.

Holland isn’t just proving to be one of the Dolphins’ better defenders, but he’s also gaining a reputation of being a top league safety overall, despite being just 22 years old. He proved he could excel in coverage, rush the passer in blitz schemes and lay vicious hits on ball carriers during his rookie season.

Entering 2022, Holland is one of the young core leaders of this team and met with Miami media on Wednesday.

Right off the bat, he led with a confident answer to his thoughts on the defense so far.

“I think the defense is shaping up very well,” he said with his normal swagger.

Holland and fellow safety Brandon Jones form a dynamic duo to anchor the defensive backfield that could be one of the better pairs the Dolphins have had in years. The former Duck was asked about each of their roles on the defense and how they lean on each other.

“Without a doubt, growing with a team and coming into a second year in the same type of room, it helps a lot because of the chemistry you have, a connection, collective thought process, hive-mind type thing,” Holland said. “It’s definitely great, for sure.”

He was also asked about his position essentially being the quarterback of the defense, and he went on to share his thoughts in detail.

“I think it’s about confidence and understanding the defense,” Holland said. “I know, as a safety, that’s kind of the guy pushing to be the quarterback of the defense, as a lot of people might say, or the middle linebacker. One of the two.”

Holland then added a teammate into the mix.

“But me and ‘E-Rob,’ [Elandon Roberts] we try to bring everybody in a collective mind,” he said. “I don’t necessarily do it because I have to. I do it because I want to, and I want everybody to be on the same page so that we’re an oiled machine.”

He started his NFL career off with a bang and was asked if there was a certain point where he felt he took more of a leadership role.

“Yeah,” Holland responded plainly. “Coming in, of course, I felt like I had to earn my stripes. My biggest thing was understanding the defense so that we all can be on the same page.”

Adding to his selfless and leadership mentality, he went on to say, “It was never for personal gain. It was always because I want everybody to be on the same page, and if somebody doesn’t know something and they look back at me, I don’t want to be standing there not knowing what they have to do. I want to be able to communicate to them so that everybody is on the same page so that we’re all moving forward together.”

Whether by volunteering or by potential team designation, it’s clear that the Dolphins have a young leader at a position of mass importance on a defensive unit that could challenge to be among the very best in the league. 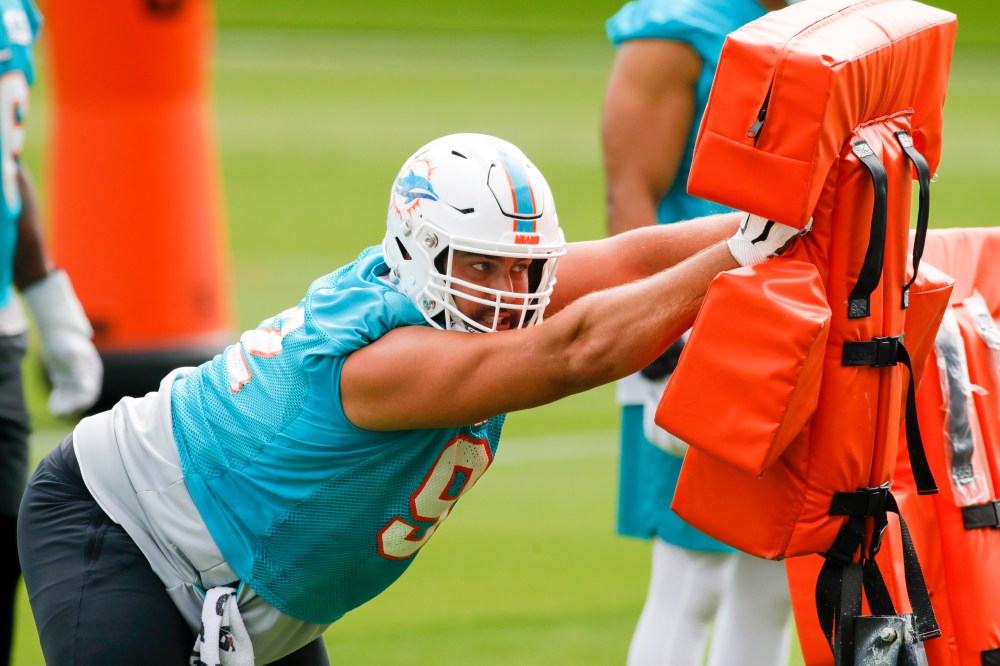