It’s hard to find many players that have fully embraced Miami more than Jason Taylor has in his life since being drafted in the third round of the 1997 draft.

He spent 13 of his 15 seasons in the NFL as a member of the Miami Dolphins and had spent the last two as part of the team’s radio broadcasts. So, he knows a thing or two about the organization.

Earlier this week, Taylor joined CBS’ Jim Berry to talk about the upcoming season, and with a new coach in Miami, the Hall of Famer was asked about his impressions of Mike McDaniel.

“I love that he’s himself,” Taylor said. “He’s not trying to be somebody else, and people say, ‘Well, he’s so different. His philosophy, his approach, the way he handles himself is so different than what you the NFL coach do.’ But that’s what players love. They love that authenticity. A genuine guy that’s just willing to be himself. He can be self-deprecating, can laugh at himself. He doesn’t take himself too seriously, but they all know and respect that he’s the boss. He’s the head football coach. A very, very smart guy, really a cool guy to be around. I’ve only been around him a couple times, but I’ve enjoyed it.

“I know, talking to the players, they have really enjoyed the, I don’t want to say breath of fresh air because the previous coach was a good guy in a lot of ways too, but it’s just different. Maybe this team needs different, and now, it’s everyone’s all in. It’s ten toes down and trying to get ready for the season.”

Everybody has really embraced the energy that McDaniel has brought to the team, from current players to the legends that are hanging out in the area. Time will tell if it will transfer to the field, but it’s good to know that most of the guys have his back.

Where Dolphins rank in positional spending among rest of NFL 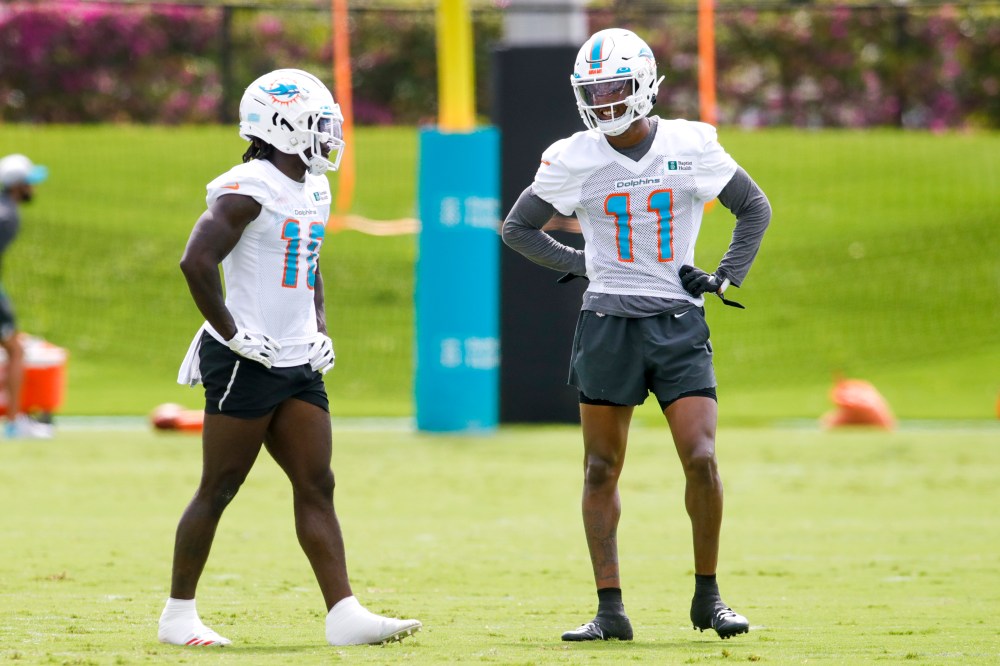