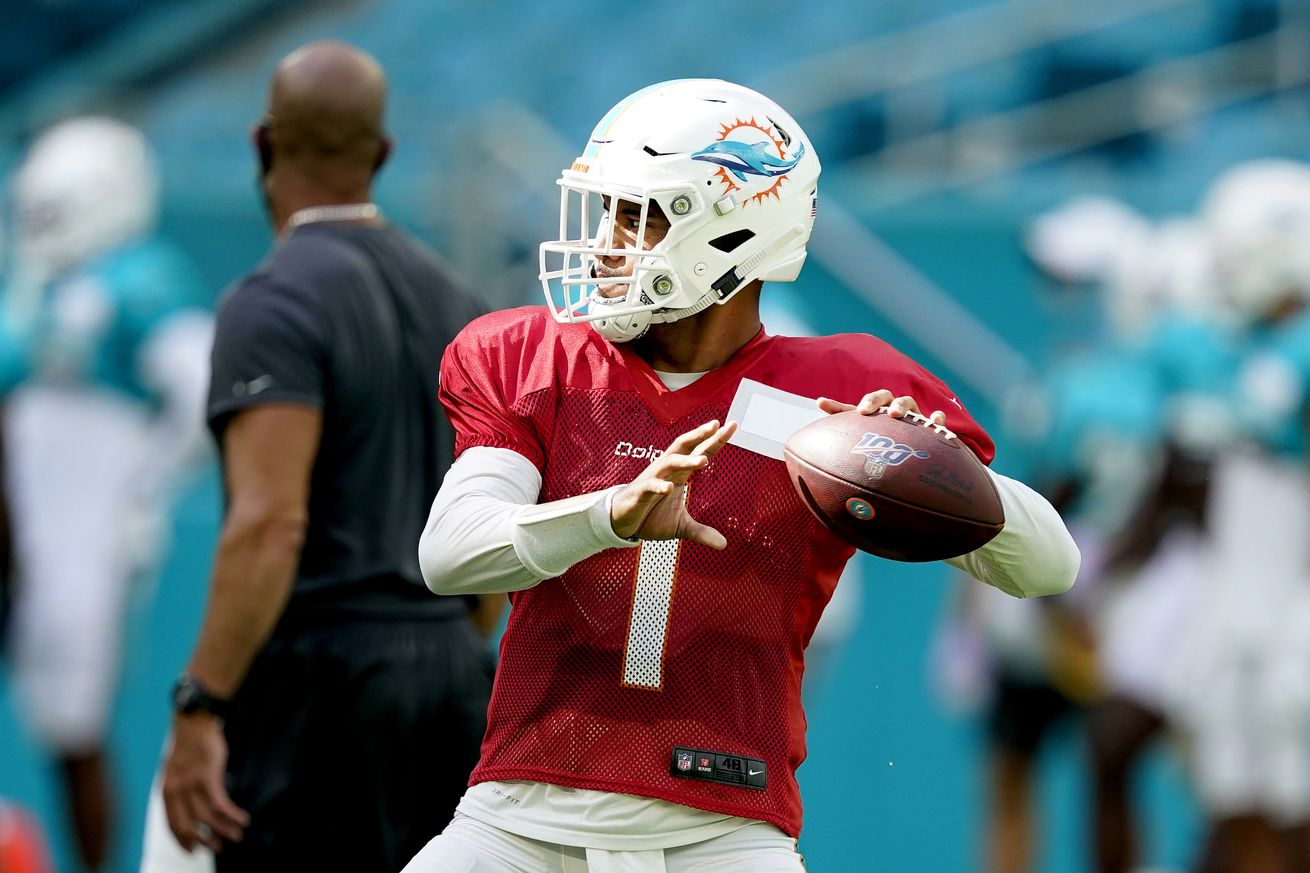 In Brian Flores We Trust

For months leading up to the draft, Dolphins fans bickered and moaned about which quarterback they had hoped the team would draft in 2020. Most liked Tua Tagovailoa, while others had their QB of preference.

In the end, Miami drafted the Samoan Southpaw, with hopes that he would become the team’s quarterback of the future.

The keyword is the future.

See, last offseason, Miami traded for Josh Rosen with hopes they could change his trajectory from NFL bust to serviceable NFL QB. Early reports would suggest there’s a chance, but no one truly knows how the 23-year old QB’s NFL career will end.

What we do know, however, is that neither Tua nor Rosen has secured the ‘QB2’ title. Though it does seem that Rosen may have a slight advantage, but that is no reason for Dolphins’ fans to panic.

After all, Tagovailoa is ten months removed from a severe hip injury that many believed could end his promising NFL career before it ever got started. These concerns were a worst-case-scenario. But in a 2020 NFL season with so much uncertainty lying ahead, why rush him?

Brian Flores was asked earlier today if he plans to give Tua more time and whether he would be active week 1 vs. New England.

Here’s what Coach Flo had to say.

For now, it is crystal clear that Ryan Fitzpatrick is the Dolphins’ starting QB, even if Brian Flores refuses to admit he knows who the team’s starting QB is vs. New England.

The next question was about QB1 and when we would like to know – as soon as possible. You guys will know probably as late as possible is where I’ll leave it. (laughter)”

Fitzpatrick, who returned to practice on Monday, has an understanding of Chan Gailey’s offense as well as anyone. And if Miami wants to do the unthinkable in 2020—it is clear they are much better off with the 17-year veteran from Harvard than either Rosen or Tagovailoa—for now.

But just because that holds on the first day of September doesn’t mean it will last. If there’s one thing we’ve seen from Fitzpatrick over his NFL career is that every good season is followed by a bad. If this remains true, the Dolphins could be turning to one of their young QBs sooner than later.

And whether Tua is active vs. the Patriots Week 1 in Foxborough or not, it is only a matter of time before Brian Flores hands the team over to the promising young lefty from Hawaii.