Raheem Mostert’s 2021 season ended just as it was beginning, as he left in Week 1 due to a knee injury that cost him the rest of the year.

Despite the injury, the Miami Dolphins offered Mostert a contract this offseason that paid him $3.125 million in 2022.

Throughout minicamp and OTAs, Mostert had to watch as his teammates got a chance to learn the offense on the field under head coach Mike McDaniel in his first year in Miami. Luckily for Mostert, he’s familiar with McDaniel’s system, as they spent the last five seasons together in San Francisco.

With bated breath, coaches, media and fans have been waiting to see Mostert return to action and participate in drills. According to the running back himself, he’s been cleared for action.

GM everyone! Wanted to give you all an update…
Yah Boy is CLEARED!!! It’s go time!!

It’s been a long journey to get to this point!! I have so many people to thank. Starting with God, Dr. Cooper, and my wife.

Being told you may never step on the field again isn’t easy to hear… But when you bet on yourself, your faith, your determination, and modern medicine, good things happen

When he’s on the field, the former Boilermaker is one of the most productive running backs in the league, averaging an impressive 5.7 yards per carry in his career.

If Mostert can stay healthy, the Dolphins’ rushing attack looks like a formidable one. 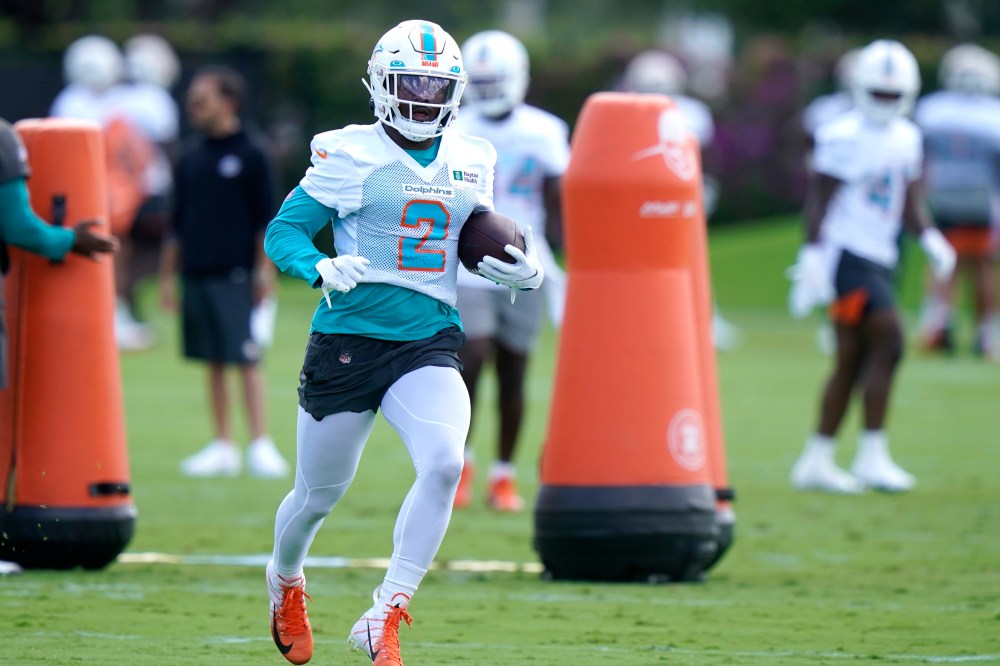