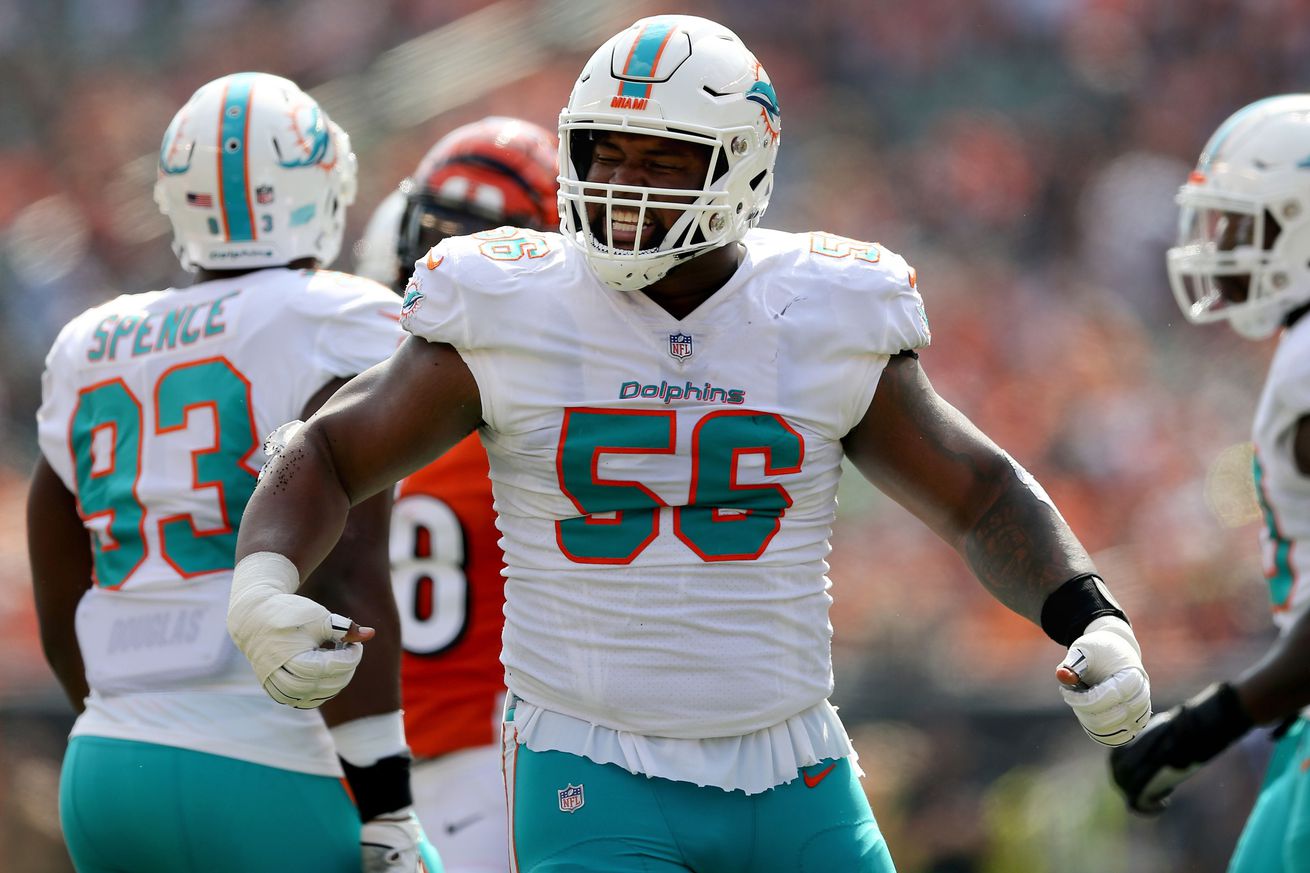 For years, Davon Godchaux’s play on the field has been ‘underrated,’ to say the least. However, his leadership and ability to help the younger guys develop off the field have been his most valuable trait.

But don’t take my word for it. Ask Dolphins defensive line coach Marion Hobby. He will tell you.

hobby on godchaux: “working with him is a treat. i think every coach wants to work with someone that really loves football. he’s very contentious about his practice, his play, his leadership in the room is second to none. can always count on him as a leader. he’s big time.”

Unfortunately, as we found out earlier today, the Miami Dolphins will be without their veteran defensive tackle for the foreseeable future after he suffered a biceps injury in Sunday’s 43-17 win vs. San Francisco.

According to NFL Network’s Mike Garafolo, the Miami Dolphins will be without defensive lineman Davon Godchaux.

#Dolphins DT Davon Godchaux suffered a biceps injury that could be season-ending, sources tell me and @TomPelissero. Godchaux, a former fifth-round pick who has been a full-time starter in Miami the last few years, is getting a second opinion on the injury.

We then got a little bit of good news when we found out Godchaux may be able to return later in the season.

Per source, the doctor who gave Godchaux a second opinion said it’s a three-month recovery, so Godchaux hopes to beat that and come back at the end of the season. Out extended period.

For a player in a contract year, my heart breaks for Godchaux. The Dolphins drafted the 25-year old defensive tackle in the 5th round of the 2017 NFL draft. During his time in Miami, Godchaux recorded 163 total tackles, 3 sacks, and 2 FF over his four-year NFL career.

His presence on the defensive line will be missed. But with players like Zach Sieler and Raekwon Davis ascending, it shouldn’t be a season-crippling blow for the Dolphins.

I’d argue Sieler is playing some of the best football on the entire defense.

So more snaps is never a bad thing. But when it comes to the cost of your veteran leader, it leaves a bad taste in your mouth.

Here’s to hoping Godchaux can recover fully. And maybe, just maybe, this isn’t the last we’ve seen from GODchaux in a Miami Dolphins uniform.