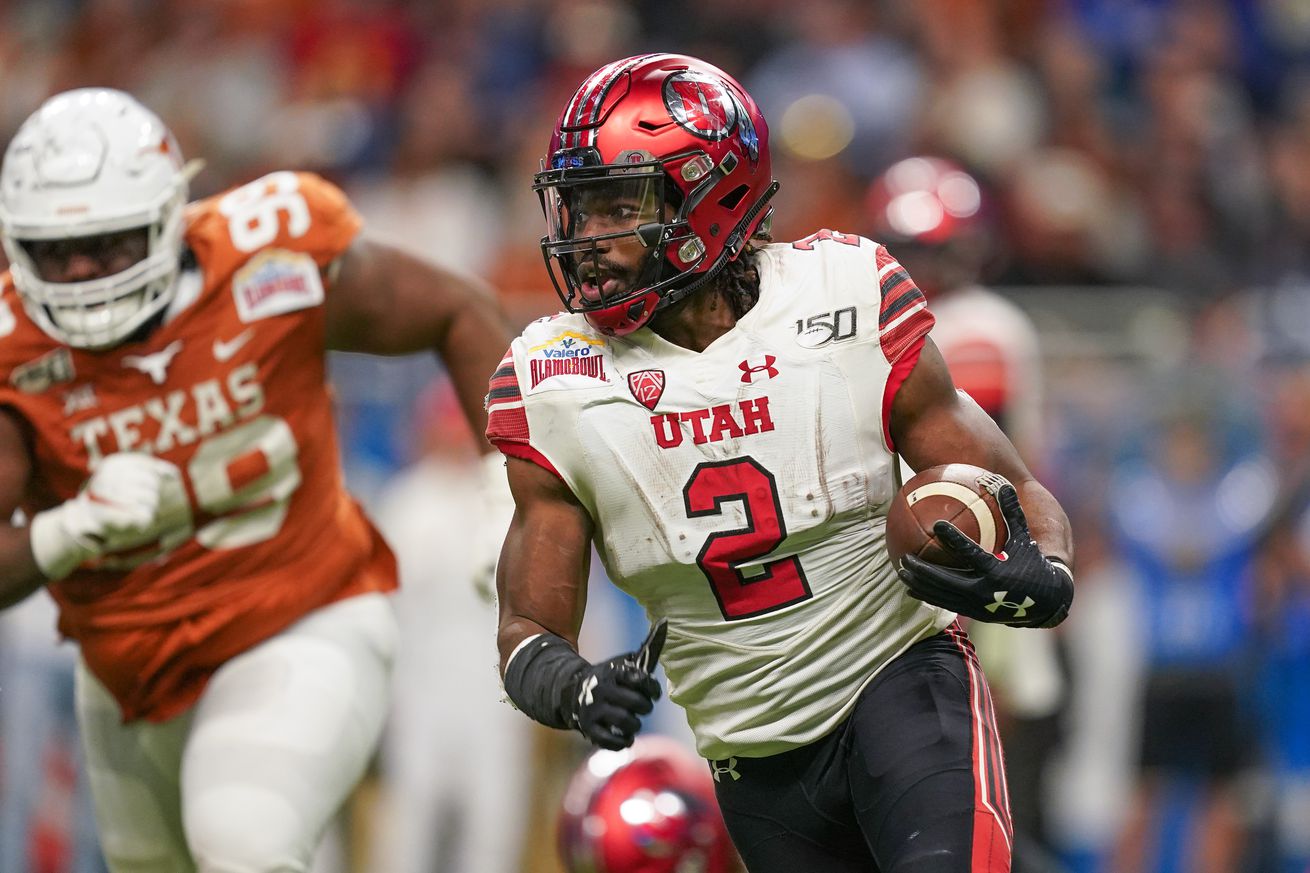 We are officially nine days away from the start of the NFL’s ‘legal tampering’ period. Which means there will be plenty of news and rumors to go around. And as we sit here and re-evaluate the 2019 Dolphins, it is evident that the team has glaring holes throughout the roster.

One of those holes is at running back where Miami finished 32nd in 2019, averaging 72.2 yards per game.

Could the Dolphins go the veteran route, and throw a ton of money at Melvin Gordon, Derrick Henry, or another impending free agent? It’s possible. But whether they decide to bring in a veteran or not, the team will almost certainly be drafting a RB in April.

We know the Dolphins have been linked to J.K Dobbins and Cam Akers, and will almost certainly have an interest in several of the other top running backs. We can now add another prospect’s name to that list.

According to USA Today’s Doug Farrar, the Dolphins have requested a private workout with Utah RB Zack Moss.

For a team in desperate need of a spark offensively, the Utes play-making RB would certainly fill that void.

Here’s a look at what Zack Moss could bring to the Dolphins’ offense in 2020. Enjoy